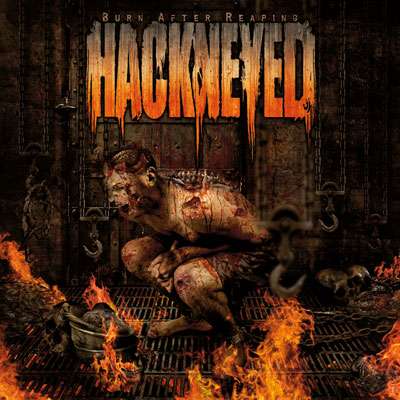 I did the unforgiveable and had high hopes for Hackneyed’s sophomore release. While the album is technically proficient, I found myself disappointed with it. And it wasn’t for a while that I worked out why.

The first Hackneyed release, which had nearly everybody in the world going bananas – including me – about such a young, proficient death metal band, was one of those hallmark releases. It made people sit up and take notice, not just because of the band members’ youth, but also because of the band’s mature sound. Naturally, then, being so excited about Death Prevails, I had really looked forward to Burn After Reaping.

Which is the first sin in music journalism. I should have left all my expectations at the door. I didn’t, and I was therefore disappointed. But it took me a while to work out that it was the fact that the Hackneyed sound was rather stripped back compared to the band’s debut.

Burn After Reaping is chunky, mid-paced death metal. It’s downtuned rhythms and the rhythms of vocalist Phil, fit together neatly, one complementing the other nicely…READ MORE –>