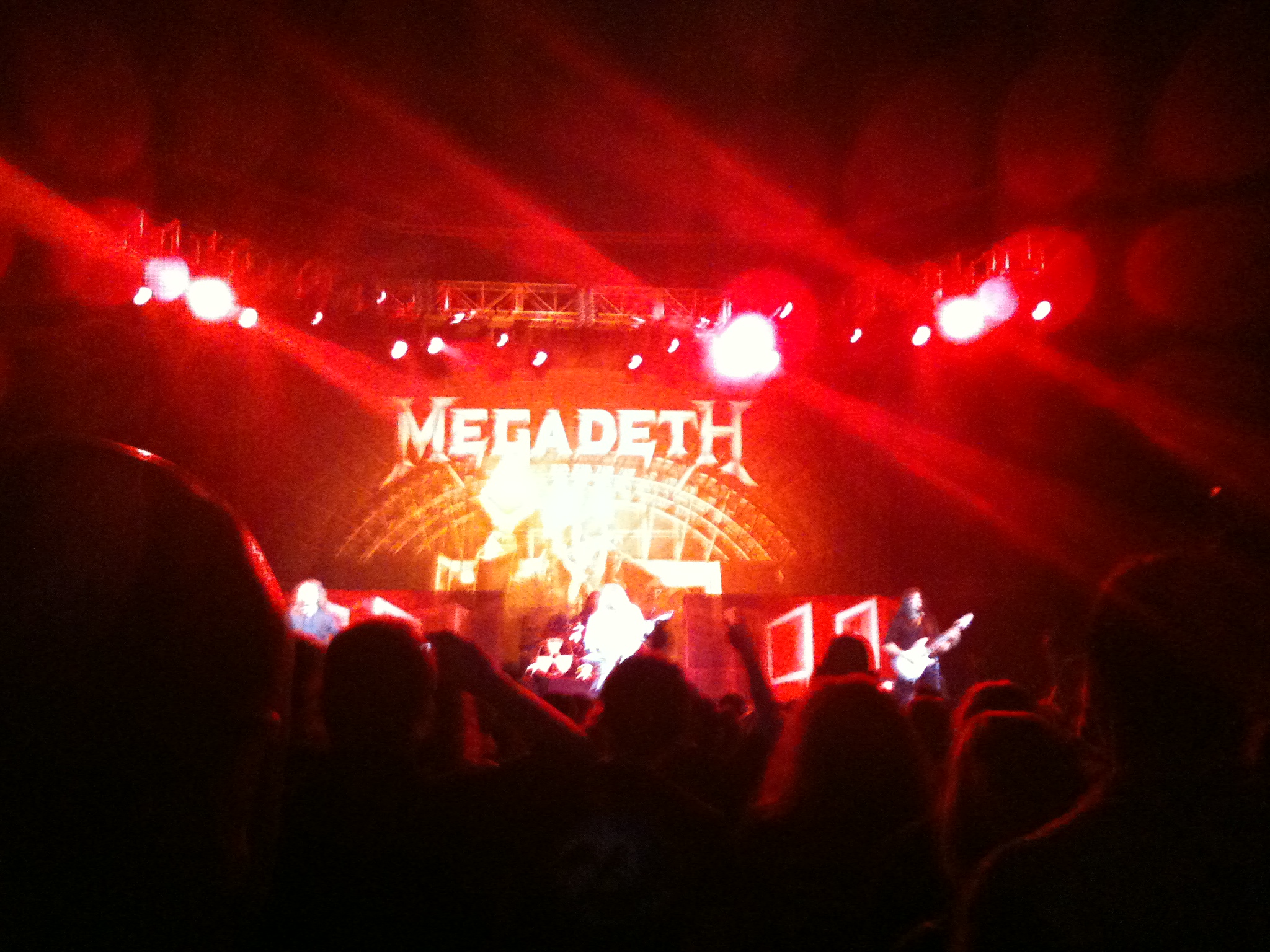 Megadeth is one of those bands I had always missed out on seeing, and after tonight, I wish I had never bothered. 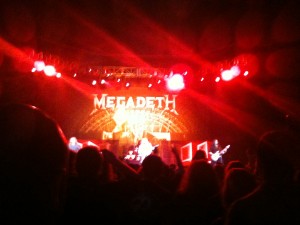 When the No Sleep Til announcement was made, with this band playing Rust in Peace in its entirety, I was pretty damn excited. Rust in Peace is the first Megadeth album I bought, on cassette. It’s also the first album I played in my first car; and the sole soundtrack on my first solo long-drive journey. Other albums may eclipse it, but for me this album holds a special place.

So, of course, I leapt at the chance to see it played in its entirety right in front of me. Even at the cost of $140.

The No Sleep Til lineup was, frankly, abysmal. A twelve-hour “festival”, midweek, with only three bands I wanted to see: 3 Inches of Blood, Katatonia, and Megadeth. Of these, there was a 6 hour wait between Katatonia and Megadeth, so in the end only went in to see the latter. And, christ, do I wish I had never bothered.

My excitement prior to the show was tempered only by having seen live footage of Megadeth over the past six months, in which Dave Mustaine‘s performance has been consistently below par. Nay, even awful to hear. Imagine a person who has been possessed by a whiny, homeless cat, who is unable to enunciate words, and who can only perform close to a decent level at mid registers. If you’re familiar with Rust in Peace, you’ll know that much of the album is beyond the mid register.

Mustaine’s vocals totally butchered Rust in Peace. This alone was enough to make me want to cry.

Musically, they were ok. They’re weren’t great. But they did a decent enough job. The problem with the band is that it was all just work. And hard work, by the looks of it.

It was that disappointing.

People who were at this show can blame sound problems, of which there were many; the sound was patchy, and one entire half of the PA cut out at one point during the show. No doubt this would have impacted on Megadeth’s enjoyment or otherwise as well. But what these people can’t say is that the sound problems were the cause of the show being complete shit. No, no. That problem lies entirely in Megadeth’s lap. And, specifically, in Mustaine’s lap. His mid register was passable, but by god did he destroy Rust in Peace.

It’s a sad thing to have to say, especially given that I love Megadeth, but I think it’s time they stopped. And, should they ever tour again, I am never going to bother.

It’s no surprise that Metallica completely slay Megadeth in the live performance department. With performances like this, Megadeth deserve to be second best. Or even less.