Get your pre-order on: Books of metal & cinema 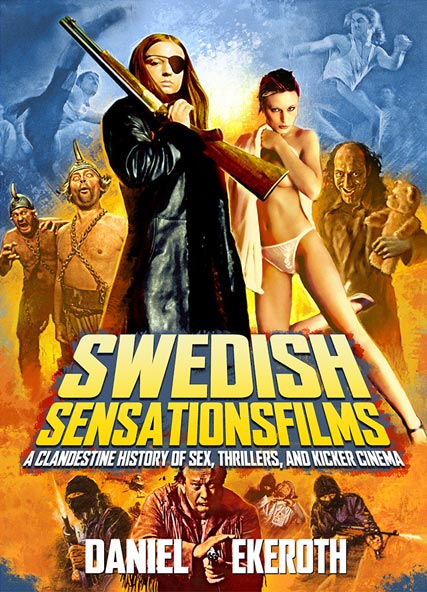 Bazillion Points Books is a rare breed of publisher. Rare because every single thing they publish, I want.

They are the guys who produced Hellbent for Cooking, Swedish Deathmetal, Only Death is Real, and many others. And so, cruising through their site this morning, scouting for new titles to maybe pick up, I spotted the two below. They’re available for pre-order now, and they’re well cheap!

This title is a retrospective of Swedish exploitation films, many of which had been banned and cut during the age of Swedish censorship. Here’s a sample from the site:

Once again, Swedish Death Metal author Daniel Ekeroth delves into the arcane culture and contradictions of his homeland, returning with the first comprehensive overview of Swedish Sensationsfilms—the Scandinavian scourge of the world’s exploitation cinema.

If you want it, hit up this link to get your copy. It’s out in March next year.

Norway’s Slayer Mag was founded in 1985, and has brought the brutality of black and death metal to readers for 25 years. It’s finally been honoured with an anthology filled with illustrations, interviews, photo portraits, and more, which traces the evolution of the mag.

Founded in 1985 in Sarpsborg, Norway, Slayer Mag quickly rose to prominence by championing countless unsigned death metal pioneers. The pages of Slayer Mag exploded along with the extreme metal underground, and as black metal rose to prominence in Norway in the 1990s, Slayer Magremained the final word on the moods and motivations of those dark times. In addition to rare archival material unseen in decades, the book will include unreleased and exclusive interviews and artwork, including historical photographs, and never-before-seen portrait photography by editor Jon “Metalion” Kristiansen.

Once I’ve got my $$ up, I’m pre-ordering this so I get postie present surprises halfway through next year. It’s released in June 2011, but you can pre-order it here.