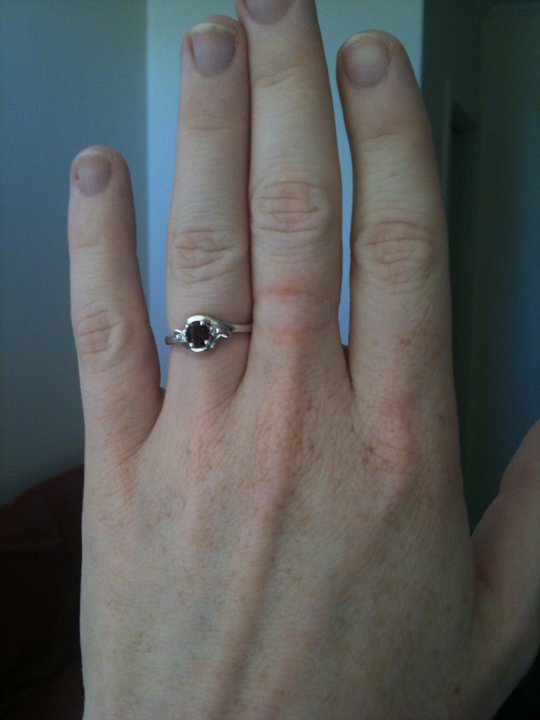 And so we’ve reached another year!

The past year was absolutely huge; for me personally, for my magazine Metal as Fuck, for my business, and for my life in general.

Here’s a bit of a recap:

And then right near the end of the year, I got to a point where I decided that perhaps Metal as Fuck was causing me more stress than I needed.

And so, I announced to the team, and to the media that we’ve been dealing with, that Metal as Fuck would be discontinued.

But happily,  it turned out that the best thing I could do is yell I QUIT, instead of asking nicely, like I had been for months, for extra help and sponsors and such. Why? At the 11th hour an angel came out of the woodwork and has enabled it to continue.

Metal as Fuck lives on! I’m so happy about it. My vision, time, and love wasn’t wasted.

My position as a critic and music industry bod isn’t going to change though. This blog will live on, and it’s starting to get some recognition of its own from publicists and labels, so I will be getting back into writing properly! How nice it’ll be to have the time.

One of my writers, Crushtor, wrote the most beautiful thing when it seemed like Metal as Fuck was going to close. He sent it to me and gave me permission to publish it. So, I’ve posted it below, in its entirety. When I read what he wrote about me, it very nearly made me cry.

As some of you may be aware, the mighty Metal as Fuck has now closed its digital doors due to a myriad of operational difficulties. I for one am lamenting its passing – not only for having been a contributor since it’s infancy – but for what the site represented to me as a music journalist.
As soon as I heard the provocative title, I knew it was a site I wanted to be involved with. In early 2009 I signed up while winding down my activities with the small Melbourne-based street press Buzz Magazine. Little did I know this site would have such a profound impact on my life.

In July of that year I informed site owner and operator (and editor and journalist extraordinaire) Leticia Supple I would be trying my hand at the US market to make a living there as a writer. In less than 12 hours I was informed I’d be meeting Rich “The Duke” Ward, guitarist for Fozzy and Stuck Mojo and conducting an interview with him, man to man.

We saw ZZ Top and Aerosmith in his hometown of Atlanta, GA. An unforgettable experience. A few days later, I was in his studio listening to the pre-mastered version of Fozzy’s new album, Chasing the Grail. I was the first “civilian” in the entire world to have heard it outside of the band and production engineers. At least on my part, it struck up a unique bond with Rich – I have an intense and unfathomable respect for him as both a musician and a man. Amongst others, he inspired me to be the best man I can be in all areas of life without succumbing to greed, arrogance or excess.

In addition, I’ve reviewed and interviewed countless other musicians for the site from all stripes of metal. I got to learn how the industry operated and struck up real friendships with musicians, label owners and publicists. I even recall someone praising one of my interviews I did with Scar Symmetry. I thought to myself: “Did I interview them?” Although I felt my output was modest, others remark that it was sizeable.

The aspect I will miss most about the site is its commitment to honest, open and thorough journalism. MaF inspired the title of my MA thesis, “The media ecology of rock journalism in Australia.” We sought to be a conduit for the metal community as a whole, starting the world’s first online #metalchat that brought fans, artists both grassroots and established, media and industry together to discuss issues in international metal. At the same time, where as so many sites and zines are co-opted by the music industry as their mouthpieces, MaF never stooped to regurgitating PR copy or writing hagiography in exchange for preferred access or “goodies.”

Our credibility was rested upon the fact that what we posted was credible.

We always stood by our words and took calculated risks. We copped flak for it, presumably because Leticia refused to play by the industry’s dogmatic rules.

Even my personal zeal for the “truth” was even given free reign during the Black Mass controversy. I rushed the story and it eventually burned my fingers. I posted a retraction in restitution for errors that I made in an article. But such is the ethos of integrity of MaF; I would have done anything to keep it’s standing in tact.

So my heartiest thanks and congratulations must be directed toward Ms. Leticia Supple for having the drive, the passion for metal and determination for creating such a site out of her own pocket, her own desire to promote and continue the traditions of quality music journalism in Australia and making her long held dream a reality.

I congratulate her for making the site a resounding success for the bulk of its existence. It rose from obscurity to become the premier metal website in Australia. This is no small achievement and is deserving of the highest praise.

I’d like to thank the writers – Kay Smoljak, Simon Burnett, Sam Radojcin, Scott Adams, Amee Warden, Claire Robinson-Ayres, The ‘Demon Pigeon’, Mike “MADman” D, Juan Miguel, Christopher Bohne and photographer John Raptis among many others. They are all talented at their craft and I hope to see more of their output very soon.

I am proud to have written for you and I am sure your next project will be no less ambitious. Thank you for standing up what you believed in. The Australian and global metal community truly does owe you a debt of gratitude.

Just like the late great Ronnie James Dio said: “The lover of life’s not a sinner, The ending is just a beginner.”

And rock on we still are, and will be for many years to come!! It’s a great thing.

But for me, the most exciting thing happened just before Christmas in 2010. What was it? This: 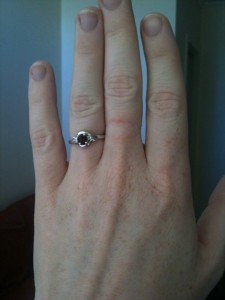 Troy and I had been talking about it for a while, and just before Christmas he formally proposed. I’m still excited!

Right at the beginning of 2011, we threw our engagement party, and launched into what promises to be a killer year.

So far on the cards is IRON MAIDEN next month, not long after my birthday. Then the almighty MOTORHEAD in March, then BLACK CONJURATION FESTIVAL in April… and no doubt many more killer events and tours coming our way throughout the year.

Not to mention EVIL INVADERS III, a two-day festival in June, which Metal as Fuck is presenting; and my photographer John Raptis is holding his first ever rock photography exhibition, which MaF is proud to sponsor.

Additionally, my clients’ projects are kicking on, I’ve got a shot at a killer job (working for The Man properly), and so on and so forth.

2011 will be an amazing year. What have you got planned… so far?