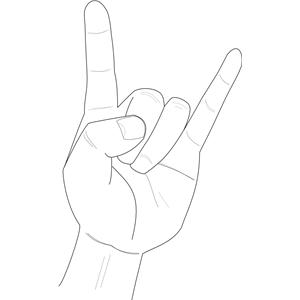 Get your metal on! The latest metal news that’s fallen across my desk.

I know this is relatively old news but in case anybody missed it, I figured I’d post it here again. I was reminded by emails from the very lovely Talita. So if you’re looking for this band, stop! You need to look for THE SOULLESS instead. Their new release, Isolated, is out on Earache Records on 16 May.

With the upcoming new album from MORBID ANGEL (which I’m not going to mention until I post my review here, for reasons that will become obvious), Earache are releasing Covenant, Blessed Are The Sick and Domination as strictly limited digipaks. And you get posters with them. These will be out in July 2011, so if you want or need some old-school Morbid Angel, get your hands on these babies.

The brutal Chileans NUCLEAR have released a new videoclip for their track Criminal Solicitation. Watch it below.

Sonic Unyon Metal is extremely proud to announce the confirmed upcoming release of a live album from the almighty VOIVOD! 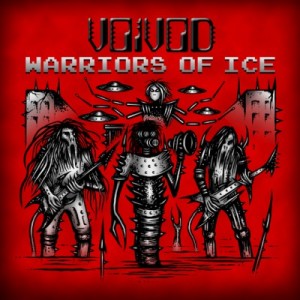 Late in 2009, VOIVOD released their live Tatsumaki DVD, filmed the previous fall when they toured Japan for the first time ever. To celebrate its release of the DVD, VOIVOD performed in front of a sold-out crowd on December 12th, 2009 at Club Soda in their adopted hometown of Montreal, Quebec. It was their first headlining show in the city of Montreal in more than ten years and it was celebrated in grand style. It was a fitting end to a busy year that saw them named Metal Band Of The Year at the 2010 Indie Awards in Canada. The show was recorded for posterity and is now being released as the fifteen-track Warriors Of Ice, the first official VOIVOD live album to feature original band members Denis ‘Snake’ Belanger on vocals and bassist Jean-Yves ‘Blacky’ Theriault, as well as new guitarist Dan “Chewy” Mongrain.

Set for release on June 21, 2011, Warriors Of Ice highlights the classic period of the original VOIVOD lineup as well as a few new songs, all raging with the band’s notorious live energy. Containing songs from their classic albums, spanning from 1984’s War And Pain right up through 1991’s Angel Rat, as well as two songs from their 2009 Infini LP, the album is built of VOIVOD’s signature songs, from “Voivod” and “Nuclear War” to “Tribal Convictions” and “Astronomy Domine.” View the cover art for Warriors Of Ice — designed by drummer Michel Langevin, a.k.a. Away, as always — and more at this location.

The 15-track set captured on Warriors Of Ice is undeniably packed with VOIVOD fan favorites, making it an absolute must-have release for diehard fans and a great starting point for the uninitiated as well. This is the main set VOIVODravaged their audiences with on their 2010 US tour alongside Kreator, and at their headlining slot at the 2010 Scion Rock Fest.

VOIVOD are currently touring Europe, and will begin to assault the North American masses again this May when they are scheduled as one of the top headliners of the 2011 Maryland Deathfest. Stay tuned for more North American tour dates to be announced in the coming weeks.

British thrashers EVILE have officially revealed that their forthcoming new album will be titled Five Serpents’ Teeth. And if you follow Ol Drake on Twitter, you’ll have been seeing excited little tweets for the past few months about the new album.

Vocalist and rhythm guitarist MATT DRAKE has recorded a video message for the fans, in which he discusses the new album and the concept behind it. Watch it here:

“The other day, Russ sent the final masters for the album over.  It sounded even better than I expected it to.  The past two years of hard work, and the work put in in the studio, have really paid off.  The few people who’ve heard the album so far have praised it highly, making me, and us, very proud.  The album has such a unique production sound which surprised me; Russ’ skills have really shined on this record.  It has an old classic sound, while staying huge and menacing.  Keep an eye out for all things Evile, as 2011 will be a very busy year for us.  See you on A road!”

Five Serpents’ Teeth will be out on Earache Records on 29 August 2011.

NOKTURNEL founder, and frontman Tom Stevens has announced that he is now endorsed byHalo Custom Guitars. Tom is now tearing it up on the Halo “Inverted”, and had this to say:

“I have been known to punish my guitars with Nokturnel’s music and there have been a few that did not survive. After looking at what Halo had to offer I chose my weapon and went with a guitar that had the hardware I wanted, set up in the Key I chose, made by a company that understands what modern guitar players need in an instrument. I chose The Inverted, in Black of course, with a 24 fret neck, Kahler tremelo and Halo’s own Active Pickups which simply kick ass. This guitar’s design is perfect for me with the toggle switch located way out of the way as well as the knobs being away from the bridge which suits my insane high speed demands. I beat the crap out this guitar within minutes of taking it out of the box and it is just killer! Halo has so much to choose from, I will be considering other amazing guitars including a custom extended neck soon. I cannot wait to record some home video of me shredding this new guitar!”

“The Inverted will be my main guitar now, and with Maryland DeathFest only a few weeks away the timing of this weapon falling into my greedy hands is perfect! I’d like to thank Halo for coming through for me after I destroyed my last guitar, and for being the kind of company that recognized the need for heavy as fuck strings, down tuned instruments, extended necks and 6,7,8, and 10 string guitars for the maniacs!”

Catch Tom Stevens, and Nokturnel LIVE on Sunday, May 29th at Maryland Deathfest. Other upcoming live dates include A Day of Death July 16, 2011 in Buffalo N.Y., Friday Aug. 12, with MACABRE, and WITHERED in San Antonio, and The Goregrowlers Ball Fri. Nov. 18, 2011, in San Antonio Tx. 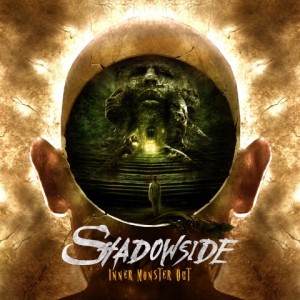 Inner Monster Out, SHADOWSIDE’s third full-length record, will be available for digital download next month on SHP Records.
Shadowside will film a music video for the first single Angel With Horns later this month in Campinas, Brazil with director Thiago Pinheiro of Studio Kaiowas.

“The song is about someone trying to escape their own boring reality by putting their hopes in one disturbing and mysterious person that’s pure evil, though innocent as an angel at the same time,” said vocalist Dani Nolden.

The track list for Inner Monster Out is…
1. Gag Order
2. Angel with Horns
3. Habitchual
4. In the Name of Love
5. Inner Monster Out (featuring Björn “Speed” Strid, Mikael Stanne, and Niklas Isfeldt)
6. I’m Your Mind
7. My Disrupted Reality
8. A Smile Upon Death
9. Whatever Our Fortune
10. A.D.D.
11. Waste of Life

Inner Monster Out was produced, mixed, and mastered at Studio Fredman in Gothenburg, Sweden by Fredrik Nordström (ARCH ENEMY, AT THE GATES, BRING ME THE HORIZON, IN FLAMES), and features guest vocals from the likes of Björn “Speed” Strid (SOILWORK), Mikael Stanne (DARK TRANQUILITY), and Niklas Isfeldt (DREAM EVIL). 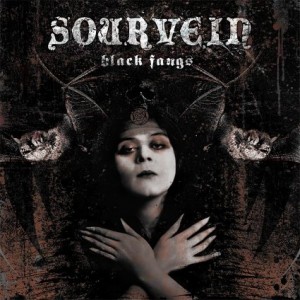 Formed by T-Roy in 1993, SOURVEIN have released three full length albums as well as a trilogy of EPs and various split recordings with the likes Buzzov*en, Bongzilla, Rabies Caste, Negative Reaction, Grief, Subsanity and Church Of Misery. The band also contributed to the Eyehategod tribute record, For The Sick with a cover of Broken Down But Not Locked Up.