Nokturnel want a drummer. Is it you? 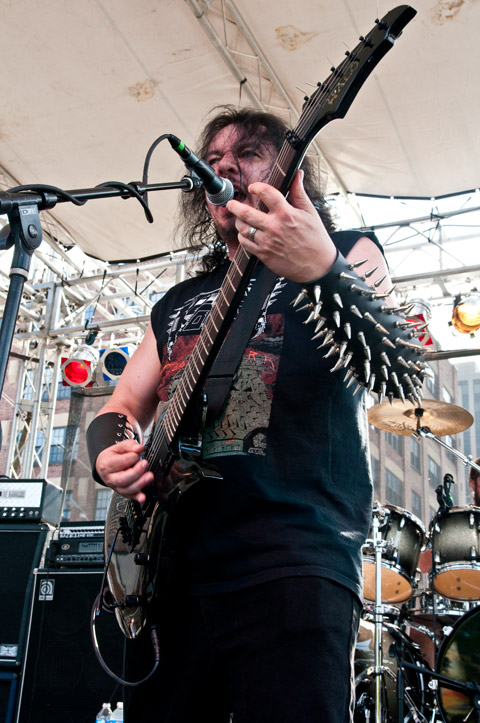 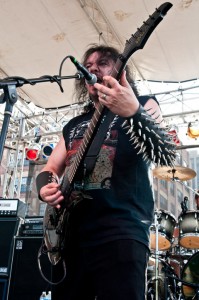 “Nokturnel is something I put 666% into, and every show is extremely important to me. To assure the performance at A Day of Death was to be as perfect as possible, I enlisted Matt Francis on drums which meant I had to get to Florida from Texas on short notice, but when all was said and done Matt was perfect. Getting all of the band to Buffalo was also a big undertaking and after all the chaos Nokturnel triumphed and Matt had everything to do with that. Billy and I had the time of our lives ripping through the set with Matt, and it pains me like you wouldn’t believe to have to tell you Matt’s priority, Hank 3 summoned him to duty and we have to cancel our show with Macabre in San Antonio on August 12th.

The future of Matt’s participation in Nokturnel is uncertain, but I am fortunate to have had him holding things together allowing Nokturnel to have an amazing performance at A Day of Death. Though Matt’s departure is a big set back for Nokturnel, Billy, my manager Doug at Metal Matters, and I thank Matt for stepping up and handling himself like a pro. Missing  A Day of Death would have been tragic so horns up for being part of Nokturnel’s history.”

“I had a blast playing Day of Death! I would like to thank Tom and Billy. They are great musicians and people.”

“Matt and I will keep in touch, and see how things unfold, but I do intend to record another single very soon so I immediately reached out to Chad Walls. Chad plays drums on the past 2 singles Demonic Supremacy, and Ancestral Calling. He is a busy man, but told me he would be able to help me in the studio once again if I need him which is actually pretty cool since the songs we recorded together ended up being the most popular of all Nokturnel’s songs. I have an amazing song in mind this time. Topping Ancestral Calling is going to be almost impossible, but I intend to take things to the limit on all accounts. It’s great to know Chad is into being involved again, but no bones about it. Nokturnel IS searching for a permanent drummer.

I also will be working on some total shred stuff for another project I will announce soon. This is for the guitar geeks. People who know me will tell you when I sit around warming up the solos are eternal… I will drive you mental with it. That is going to be on video, a solo project, and I don’t want to get to into that until it I am ready to officially have it premiere…. But the wait wont be a long one. My guitar is in the shop having some new hardware installed and then I will be extremely busy with the new Nokturnel single, and the videos.

I have plenty to do, and cannot wait to get busy. Expect another update very soon. DRUMMERS IN TEXAS, It would be awesome to have someone who at least lives in the state this time, so if you think you have what it takes to play for Nokturnel contact me. The future of this band holds promise and I am looking for a serious professional to keep this band active. Don’t hesitate to contact me even if you think you might be ale to handle this. This opportunity is worth an attempt at making a serious effort.

Interested drummers can contact me directly at TomsSnakes@gmail.com or my management, Doug Burgess at Metal Matters info@metal-matters.com for auditions.
Thanks for your support!
Tom Stevens “
www.nokturnel.com