Burn your soul with the latest from Portuguese black metallers, Corpus Christii. 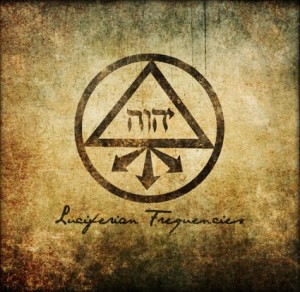 This album is a grower, let’s get that clear from the beginning. Prior to sitting down to tap this out, I have listened to the album a total of probably five or six times. I still don’t feel qualified to write it; because it’s growing on me more and more with every listen.

I am glad, though, that I got this promo in the depths of one of the coldest, wettest winters I’ve had here in Adelaide. It’s absolutely perfect for gritty, talented, tight black metal.

Which is exactly what this is.

Starting fairly slowly, Luciferian Frequencies gradually turns up the intensity track by track, peaking on the penultimate: Paths of Human Puzzles. The final track, In the Rivers of Red, is an anguished exploration of minor chord progressions typical of speedy black metal, but slowed down. It bears down on you, marching you out of the release.

Written so as to build you up for its sneaking crescendo, Luciferian Frequencies is a riff-heavy, dominating, polished performance. I mentioned earlier that it is gritty, and so it is. But it is not because it’s noisy or difficult to listen to, or poorly produced; it’s because Nocturnus’s vocals are perfectly placed to create this feel.

As essentially a one man act (yes you read that right!) you will be fooled into believing that this album has been pieced together by a much larger configuration of musicians. On Luciferian Frequencies Nocturnus Horrendus provided vocals, guitar, bass and some percussion; with Menthor on drums and other percussion as well.

Throughout the album, I found myself, perversely, getting excited by it. (Not in a rude way, calm down!) This album reminds me of all of the unrecognised underground black metal acts I’ve ever seen live.

If you’re at all a fan of black metal – especially if you consider yourself trve or kvlt – stop fucking about and go get this release. Do yourself a favour.

Corpus Christii’s Luciferian Frequencies is out now on Candlelight Records.

This review appeared in Holland’s Alternative Matter magazine. Click here to see it.