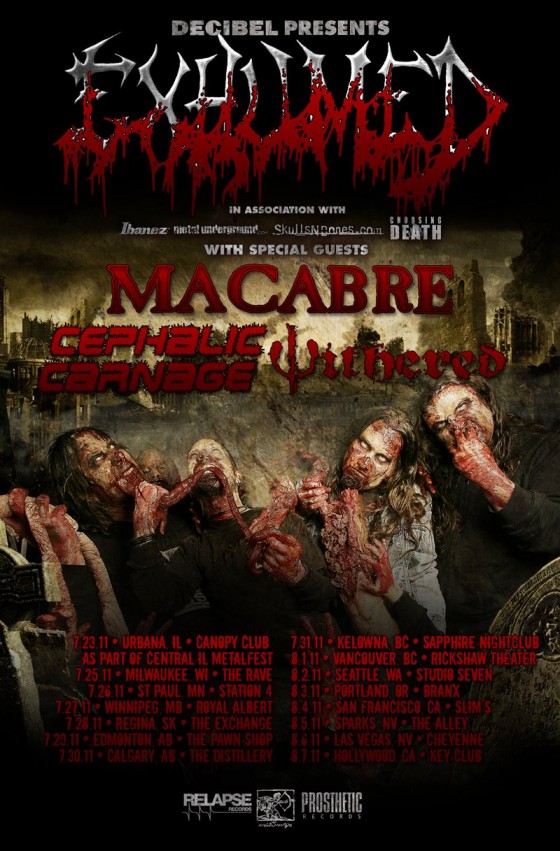 This edition of the Shrapnel we have everything from Macabre to Slough Feg. 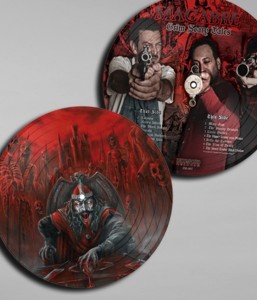 Murder Metal mongers MACABRE are preparing to self-release a 12″ picture disc LP version of their recent full-length, Grim Scary Tales, via their own Decomposed Records. This gory platter of splatter bears the bold, Scott Jackson-crafted front cover art to the album on the A-side, and a portrait of the infamous MACABRE trio, armed for battle, as always, on the B-side. Order the Grim Scary Talespicture disc and Lizzie Borden shirt now for a special preorder price here.

The release of the LP comes just in time for MACABRE’s next leg of their multi-stage Grim Scary Tales Tour in support of the album, as they prepare to hit the road in two weeks, once again with Exhumed, Cephalic Carnage and Withered. The gore tour gets going on July 24th — with MACABRE headlining the Central Illinois Metalfest, joined by Nachtmystium, Nunslaughter, Embalmer and tons more — the tour lineup them moving on to invade sectors of the Midwest and Western North America. 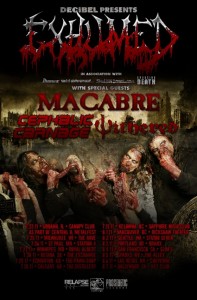 MACABRE’s first album in eight long years, Grim Scary Tales was released earlier this year on the band’s Decomposed Records, with North American distro by Willowtip and European distribution by Hammerheart. The album delivers the madness and musicianship MACABRE fans have come to love over the past quarter of a century, cleverly combining nursery rhyme sing-along quirkiness with ultra-tight, high-speed, gore/grind/death ingenuity. MACABRE have cleverly devised a “story book of murder” with this album, as Grim Scary Tales tracing back to the earliest recorded and most infamous mass killers.

Originally released on CD earlier this year via Sweat Lung Records to coincide with WHITEHORSE’s 2011 American tour, the digital version of the album is now available via all major digital stores. The deluxe LP format is in the manufacturing stages now and will be released in the coming weeks. For fans of Disembowelment, Khanate, Corrupted, Winter and the coldest slow-motion doom brutality will not want to miss this album.

In celebration of this latest WHITEHORSE release, Brooklyn Vegan is hosting an entire album stream of Progression now. To have your face slowly ripped off by the thirty-eight minutes of the album’s awesome, scathing, sonic destruction, elevate your speakers’ volume to the maximum setting, and click here.

WHITEHORSE’s recent massive American tour included several performances at this year’s SXSW, as well as a full Southeast/East Coast tour alongside The Body, with whom they also co-released a split 7″, and who they are now labelmates with on At A Loss.

More news on WHITEHORSE will be announced in the coming weeks. In the meantime those who dwell nearby the band can catch them live at several local shows in their home state of Victoria, Australia. 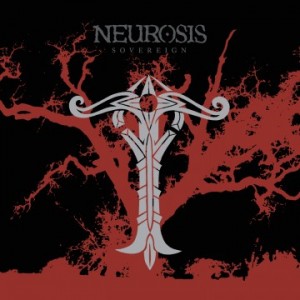 For the last 26 years, NEUROSIS have tapped into the elusive wellspring where resonance and dissonance collude, circling emotional poles where nothing is withheld, where the psyche screams for answers to Earth’s ancient mysteries

Following the recent reissues of some of NEUROSIS’ most seminal groundbreaking earlier albums — Souls At Zero and Enemy Of The Sun — Neurot Recordings are now prepared to unveil the details on the next installment of this reissue series, with a new pressing of the band’s infamous Sovereign EP. Originally unveiled in 2000, the Sovereign EP was the first NEUROSIS release issued through the band’s own then newly-founded Neurot Recordings, with the vinyl pressing handled by Hydra Head. In chronological terms, Sovereign served as a millennial segue between two of the band’s two revered full-lengths of that era; 1999’s Times Of Grace and 2001’s A Sun That Never Sets.

The EP, though shorter than a NEUROSIS full-length opus, is a psychotropic experience of the highest order. And to top that off, this Neurot Recordings CD reissue also includes a previously unreleased fifth track, with the inescapably feedback-tormented hymn “Misgiven” closing out the reissue, added as a special bonus to this repressing of the recordings. The reissue comes bound in an O-Card/jewel case setup like the other recent NEUROSIS reissues, with artwork completely redesigned and updated by Aaron Turner.

The reissue of Sovereign will be released in North America on September 12, 2011. Stay tuned for more updates on the reissue and on NEUROSIS actions as a whole throughout 2012, as the band plots more live appearances for the coming months, and as they continue to culminate their energies into the band’s upcoming new full-length release. 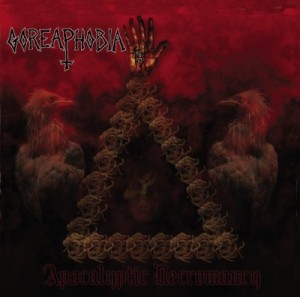 When the opportunity presented itself to release the new GOREAPHOBIA album, the choice was easy. Those who are familiar with the underground know that GOREAPHOBIA has a longstanding reputation of producing some of the filthiest death metal around. I’m more than excited to be a part of this new chapter of the band. After speaking to each member personally, it became very apparent that GOREAPHOBIA and Dark Descent Records are a perfect fit and I look forward to helping spread their message to not only long-time fans, but new ones as well.

Myself and the rest of GOREAPHOBIA are very excited and pleased to be working with Matt and the rest of amazing team at Dark Descent. The label is off to great things. This is a very fresh and positive start for us to be releasing our new record with what  I believe to be the next great metal label around today.

St. Petersburg, FL’s Greyhaze Records is proud to announce the upcoming release of a brand-new 7” from blackened d-beat destroyers HOT GRAVES. Entitled Desecration Time, the record will be available both on classic black vinyl and on limited edition hot pink. Desecration Time features two original songs and a ripping ANTI CIMEX cover, and will see an official release on July 19, 2011. 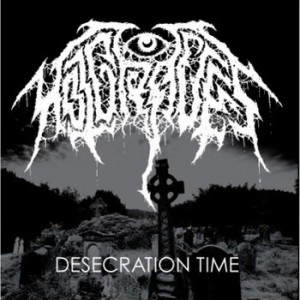 The 7-inch release serves as a warm up to HOT GRAVES’ upcoming full-length Knights in White Phosphorous, which is due out later this year via Greyhaze Records.

Desecration Time will be available through the label’s official website  www.greyhazerecords.com and on the Hot Graves website: www.hotgraves.bandcamp.com.

It’s the time for onslaught, time to thrash, time to drink blood, time to burn things to the ground, time to beat on the chests ov the lifeless bodies ov enemies with the femurs ov other enemies, until a loud booming battery is heard well above the clouds. Basically, it’s Desecration Time. 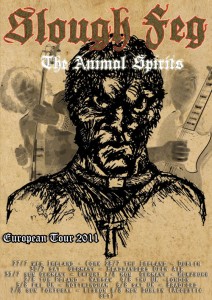 Cruz Del Sur are proud to announce the final schedule for SLOUGH FEG’s “The Animal Spirits” European Tour 2011.  The band will play 10 more shows around their participation slot to the Headbangers Open Air 2011 across 5 European countries. The band will play Poland and Portugal for the first time ever in their career. We would like to thank all the promoters, venues and friends who helped making this tour a reality, against the odds of the unfavorable Summer season…