The State of Play: balancing critical rock journalism with demands for content 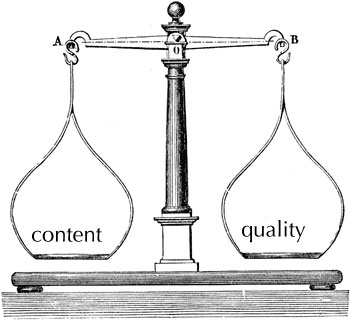 Content is king! In this early part of the 21st century, publishers and editors of rock mags function in a world that thirsts for content. The very real risk with this demand is that quantity rarely equals quality.

With millions of blogs, blog-like professional magazines, online counterparts to print magazines, and all of their socially networked limbs, the industry of rock journalism is a big thing. It is not supported, monetarily, in a manner congruent with its size. But from the consumer’s end, the industry takes absolutely massive proportions nonetheless.

Music fans – real fans, that is, not numbers on a Facebook or LastFM page – thirst for knowledge of the bands and personnel that press their buttons. I speak primarily of metal fans, that being my forte. Such fans are voracious consumers and collectors; many of them are completists, too, when it comes to their collections. They will buy and import magazines that they wish to read, should their local newsagents not stock them. They buy music online, and in person. They buy CDs, LPs, EPs; shirts; posters; books. They are members of fan clubs, they manage to buy tickets to shows when they cannot afford many other things. And so, in the online sphere, they absolutely drink up anything that they can read.

The articles that metal fans read about are not limited to bands. They read, and converse, about studios, production standards, producers, engineers, labels. They argue at length about why IRON MAIDEN should never engage their producer KEVIN SHIRLEY on another album, and why bands need producers that will stand up to them. These fans devour tens of reviews, from any source that they can find, when it comes to bands that they give a shit about. They drink up interviews with multiple members of a band, from multiple sources: audio, written, or video.

In short, the demand for information in this area is enormous. A good editor or publisher will do his or her utmost to meet this demand head-on: he or she will provide as much news as possible, will know a publication’s audience intimately and will provide content (of whatever type) that suits it. How this content is delivered largely depends on the publication; but it is a fair call to say that it is delivered in print, online, in multiple social networks: all at once, rather seamlessly, and with opportunities for feedback and engagement.

What most consumers do not see is the back-end of the glossy exterior. This back-end is filled with labels, distributors, publicists. It is also filled with events that demand attention – such as major festivals.

It is the publicity arm of the music industry that is incredibly full-on. Every publicist I have ever met works tirelessly to promote bands on a label’s roster. This means hooking up critics with releases and bands with journalists. It means securing timely press for forthcoming albums, tracking any press that pre-exists, and finding any and every way of capitalising on a press opportunity that will further a band’s opportunities, reputation, and general ‘spread’.

So with all of this going on – consumers eating up everything they can find, and publicists wanting good and numerous outlets – where does your publisher and/or editor sit?  If they are anything like me (or rather, like I was), it’s smack-bang in the middle. And if said publisher/editor is in Australia, then not only does this tug-of-war happen in a local timezone, but it also happens while one sleeps, when the rest of the world is awake. Australia is not a large territory, but it is a defined territory, and one that still needs to be looked after.

The problem that editors and publishers face is being able to meet the demands of both ends of the industry with satisfaction, and above all with quality.

At its highest level of pressure, editors’ roles (in particular) look something like this:

Needless to say, within all of that hustle and bustle – which is generally ‘the daily grind’ – there’s not much space left over for strategic direction, evaluation, and analysis. However, any person who’s been in charge of a publication will tell you that this big-picture work is essential.

And so, with everything else, the ‘critical’ part of ‘rock journalism’ tends to get looked over. It’s why online publications’ content is very often written by members of their communities. Such members are rarely trained in the field, are not often very skilled, and require (if the publication allows it) a considerable level of mentorship in order to get content to a high enough level. While this promotes a broader culture of curatorship, it does not encourage real criticism.

It is far easier, for example, for editors to take a press release and publish it as-is, or with a few minor tweaks. It is easier for an editor to give an unconscionable writer a release and the one-sheet for that release, knowing that the review will draw heavily on the promotional material, than it is to find and mentor true critics. It is easier to work to keep labels happy than it is to continually engage in the balancing act of a publication’s goals and the industry’s goals. It is also easier, in some cases, to keep advertisers happy than it is to be critical: therefore, advertisers’ releases and artists get positive spin; everything else is whatever it is, sitting lower on the priorities list.

But it’s not necessarily honest. And it’s definitely not critical. If you have an editor (of content, not necessarily an ed-in-chief) who is not trained criticism his- or herself, then you emerge from a poor starting place: the staff will not get the training and mentorship that they need to really shine at what they do.

If you have an editor who is willing to learn, write, study (if they haven’t already!), then you’re in an excellent place. Because the team will learn things together; and good teams always do.

The way through to ensuring that the content quality doesn’t drop, is really tight mapping. Not just a generic sort of ‘what are we doing’ map, but a solid notion of what the publication’s goals are, what its audience is, and what its moral perspective is. It is how you ensure that you don’t lose sight of the integrity of the publication. And it helps you to work out whether your content is fitting your KPIs whilst also coming from the right perspective.

Your map might take the form of a Perspective Statement.

This publication will not:

When I was in a publishing/editorial role, I did not have a written perspective statement. What I did have was a very clear map in my mind, which I wrote into everything that supported the work I did. This included a picture of its audience (youngish, 18-35; penchant for metal: not hardcore, metalcore, punk crossovers or hard rock; located globally; supported by a global team with varying perspectives…); it also included statements about not pandering to advertisers, not giving promotion away for free, supporting a good team and ensuring quality criticism and journalism.

It’s why I pissed off a lot of advertisers (wouldn’t give them space for free); and why our content was always so good (I mentored people who needed it).

But we did things wrong, too. We did write copy from other people’s media releases, instead of using them as a diving board into a separate piece. We did occasionally follow other people’s leads instead of creating our own. And sometimes, it tripped us up.

If you have a defined assessment process, however, it’s easy to catch. What you are looking to catch is content dominating everything else.

Getting caught up in demands for content should not result in a reduction of all other business areas; it is perhaps 50% of what you ought to be doing.

Content is king; but you cannot let that king rule you without talking back to it.

GET THIS ESSAY IN AUDIO FORMAT – HIT UP MY PODCAST

This post is an early draft essay in a series of critical examinations of music criticism, rock journalism, and the publishing of such. The project is being co-written by Tom Valcanis who was one of my best music journos, and is a blogger and writer/theorist of critical rock journalism. Click here to read his first post, Push-button Professionalism: the origin and evolution of the role of professional music critics.

6 thoughts on “The State of Play: balancing critical rock journalism with demands for content”