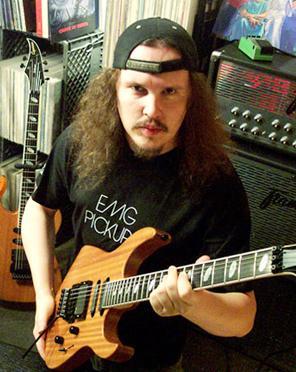 James Murphy, former guitarist of both Death and Testament, As well as founding member of the death metal band Disincarnate, has had a relapse of the brain tumor that sidelined him back in 2001. Murphy stated that the tumor had returned but that it was a non malignant and that it was being treated pharmacologically. Unfortunately, those medications have serious side effects that have left him unable to work. The option for different medications is available, but at a cost of over $1000 a month, and he needs a minimum of 6 months of medication for treatment to be effective. With his medical expenses extremely high and James not being able to work due to the side effects of the current medications, the metal community is being asked to come together and help one of their brothers and donate to help him beat this once and for all.

In August 2001, Murphy was discovered to have a massive tumor growth near the base of his brain (on the pituitary gland) and was quickly scheduled for an urgent life-saving operation. James underwent surgery on September 17, 2001, involving a Maxillary Swing procedure that made entry through the left side of the face. An incision was made underneath the left eye, along the side of the nose, and finally through the middle of the upper lip. The facial tissue was then pulled back and the cheekbone removed. They then cut through James’ sinus and made entry below the orbit of the eye to remove a portion of the growth. More was removed through an incision made in the soft pallet inside the mouth. About 70% of the tumor was removed, the remainder being too close to vital structures to risk further damage. The sinus was then packed with fat tissue taken from the lower abdomen via an incision below the navel and reattached. The cheekbone was set back in place and held with two small titanium plates. The facial tissue was then sutured closed along with the soft pallet. His mouth was fitted with prosthesis to protect the pallet tissue while it healed. The remaining 30% of the tumor was treated with a medication called Parlodel (Bromocriptine) to shrink it called which James was told he would have to take for the rest of his life. This treatment was more or less successful for 9 years.

A spike in the hormone indicator for the tumor, as discovered by a blood test that was followed up by an MRI to confirm, showed that the tumor was again active, and had grown a bit. Luckily not enough to require surgery, but radiation treatment was still on the table. The decision was made to defer the radiation treatment for 6 months, during which time the tumor would be attacked pharmacologically, increasing the dose of the drug used to hinder its growth to a level which leaves James wiped out, overly fatigued, nauseous, and unable to work to earn his living at full capacity. A better drug, one that has less side-effects, and would require a much smaller dosage is available, but considerable vastly more expensive.