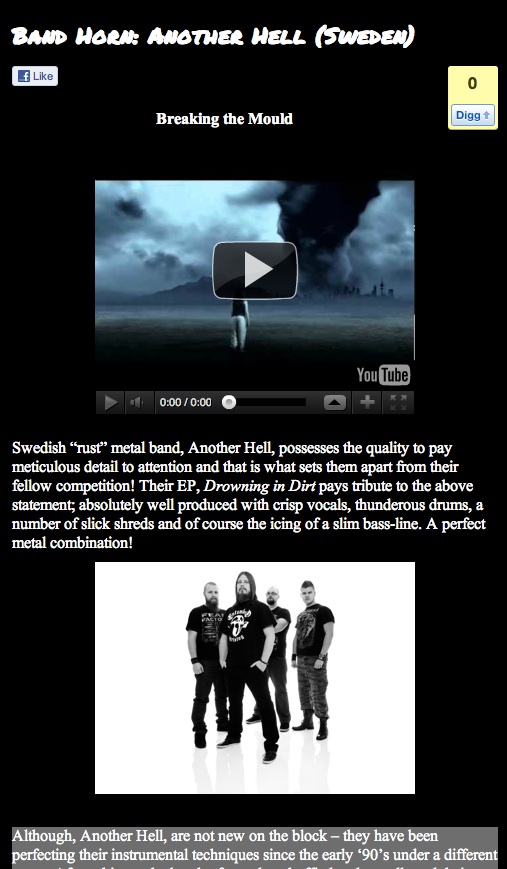 The Another Hell boys recently had a chat to Lav at Air Guitar – a South African metal site – about their music, their fans, and their forthcoming release.

Although, Another Hell, are not new on the block – they have been perfecting their instrumental techniques since the early ‘90’s under a different name. After a hiatus, the band reformed, reshuffled and re-collected their thoughts in northern Sweden as Another Hell.
“We are very satisfied with the EP,” says bass player, Jim Edström. “We kind of just play what we think sounds good and I personally don’t think about what it sounds like.” Play what sounds good indeed! Another Hell tracks don’t just ride on the composition of rhythm but also contain a strong lyrical message. As Edström elaborates, “It is about environmental issues, political issues and injustice issues too but there is so much more than that; like greed and power.”