On chasing the dragon: Entrepreneurs and the alluring sparkle of new ideas

Entrepreneurs get entranced by new ideas, often learning the hard way that not all that sparkles is gold. 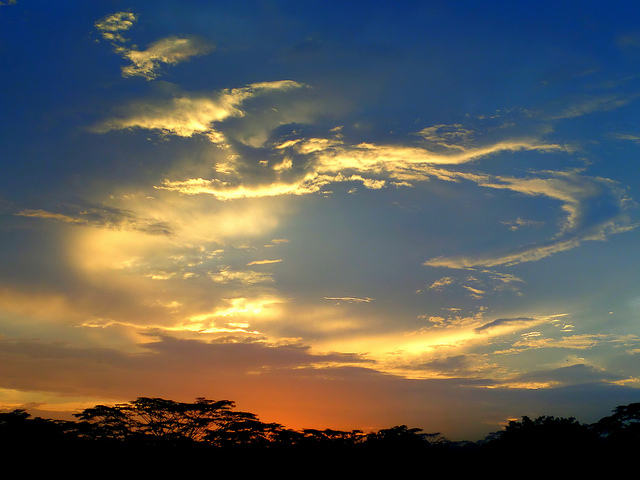 Starting a business is addictive, and new ideas for new businesses and opportunities are addictive too. I have them all the time. I note them down whenever they occur to me, in fact, in journals that I carry with me wherever I go. Doing anything that encourages creativity, relaxation and reflection causes sparks to go off left, and right. Books result in ideas, walks result in ideas, meditation results in ideas.

Many of those ideas come, get noted down, and disappear. But others persist. They hang around the fringes of consciousness, sometimes for months. Like avalanches in extremely slow motion, or balls of dust that gradually collect more dust, they grow in size. They collect more substance until they recur with greater frequency and persistence. The ideas convince you of their validity, simply because of the synchronicities you start seeing between the ideas and your daily life.

Then you start mentioning them to others. And occasionally those conversations spark interest, enthusiasm, or insight in others. Sometimes people throw themselves at you in wild abandon, so swept along by the idea that they pledge themselves to the cause, too.

This is tricky territory when you already run a business; when you already have a company you’re focusing on and trying to grow; when you are in the Hard Yakka stage of company growth and some days it feels like you’re surrounded by green pastures when your own is fabulous but not as slick and shiny or green and lush as, well, everyone else’s.

Sometimes in these times of your life an idea will entrance you to the point where you dive in and chase it wherever it goes. The heady scent of the idea and its promise leads you off the tried-and-true, trusted beaten path of your existing company. At first, you don’t notice. But when the smoke starts to thin and fade, you look down and realise that for too long you’ve been skating on extremely thin ice.

That which was promised in the height of passion is rarely the solid truth. That which shines and sparkles is rarely the mysterious city of gold that you thought you’d discovered. That which encircles your ego and dances close with you in a sinuous rhythm, whispering soft, deep-voiced urgings in your ear, is rarely good for you.

But the sexy sensuality of it all is too much for the rational mind, and it sweeps you along. You can’t see that its reality is smoke and mirrors. All you can feel is the intense and exciting high of something making you fly.

When it does, you realise that you don’t quite know where you are. It takes you more than four weeks to regroup, rethink, get rational and clear again. It takes you six weeks to be able to go back and interrogate your books properly. It takes courage of steel to learn how much of a fool you really are. And that your own foolishness had taken charge of… well, just about everything. It’s hard work when you can’t blame anything but your own ego.

When you can read clearly, you can see the leaks. Your company’s lead funnel is empty. Your downside is disappearing. Your spending is through the roof. And it’s just as well you’ve seen the end of the runway, have grasped the vision of what will happen to you, and how, and when, before you hit the cliff-edge, because it has hopefully given you enough time to ram on your brakes, change direction, and rapidly build the bridges that will form under you as you barrel down the road and keep moving.

Once it ends you might be unlucky enough to enter the swamps of despair. The the dark places, the come-downs, the illnesses, the emptiness where the shining light had hypnotised you and led you on. In some, it can cause reflective despair. If you have learned how to wrestle your mind to the ground, you don’t dislike yourself or what you’ve done: You breathe, ‘isn’t that interesting?’. You learn from it.

But it doesn’t stop the sting. Not much stops the sting of your own stupidity.

The lesson in the chase is that not all that sparkles is gold, that not all stories you tell yourself are true, and the most educational non-fiction books  in the world are the those containing your own finances.

2 thoughts on “On chasing the dragon: Entrepreneurs and the alluring sparkle of new ideas”