A woman doing her chores realises that she’s in Hell. And starts to wonder how come nobody else has noticed that they are too. 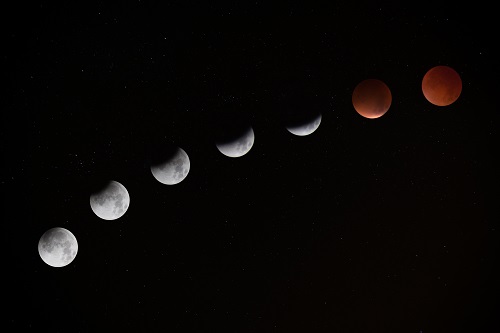 It happened when she was in line at the deli.

Having taken a ticket with a number on it, she stood back from the counter, along the cheeses. Idly looking around, she saw people migrating towards the counter. It was clean and shiny.

Off to her left, far out of the way, she heard a child say, ‘Get turkey. I like turkey.’

Her guardian said, ‘Do you?’

Back behind the counter, a woman had a leg of ham on a slicer and was slicing it up for someone else.

That’s when it happened. It was like all the edges of her vision were suddenly crystal clear. The leg of ham was the leg of a pig, thrown onto a slicer. All of the others coming up to the counter were conspiring in the deaths of a thousand animals, causing endless pain and suffering.

All of the animals were meant to be there. For some reason, they’d descended to this point. Who knows what the pig had done for it to be here, being herded, killed, bled, squashed, smoked, sliced, diced, eaten, digested, crapped out.

Let alone the cows. Or the sheep. Or the chickens. Or the fish. Or, really, any animal except for those to whom the human animal had for some reason bonded and saved from this petrifying, hellish, horrific existence.

Then, walking through the supermarket to get everything else on the list, the realisation didn’t leave her. Every one of these souls was suffering. Not one smile. Nobody was enjoying their lives.

The fat ones were self-conscious, living some kind of punishment among judgemental fit people.

The old ones were slow, in pain, worried.

The family ones had their own sufferings, and then the suffering of worry about their offspring, which they worried about because they knew that they were going to suffer too.

Walking past the bakery, the sweet smell of promise. Sugar and wheat, baked into mouthwatering goodies, promising pleasure. The souls were clustered around the promise of feeling good. They consumed the pleasure-giving goods, shining with happiness. They did it without any regard for any consequences of this later… sugar addiction, sugar crash, headaches, tiredness, cravings, fatness, whatever it is.

Every one was suffering.

Their entire society is based on suffering. The politics make people suffer. Only bad things are reported. Only negativity gets any attention. Good things attract negativity like flies, others determined to crush whatever good things happen to be in the world. Jealousy, skepticism, negative gossip, rumour. Do good things, negative things follow on your heels, so you keep your head down, conform.

People are starting to wonder why demonic people are in power, doing awful things to other people, causing violence and rifts and segregation. And they never stop to think beyond their own lives. Not truly. Not in a big sense.

What would happen if they could see? The wonder is stirring, coming up from the depths of sleep. But it’s only a stir. If they accept it will they go deeper into sleep, instead of emerging?

As the woman kept on, doing her shopping, she wondered how come nobody notices that they are already in Hell. How come nobody notices that the Christians all have it wrong? That they’re all called to God because maybe they remember where they’ve come from? Or, maybe they choose to think that what they think is reality is actually real, and that they are going to go somewhere better later on.

But what if they’re all wrong, and they’re here, suffering like this because they fell from there? That maybe they’re being tested here to see if they can go back. What if they don’t pass the test (making things better)? What if they are the pigs in their next life? Or the chooks? Or even the primates that they themselves love but somehow still cause them to suffer by destroying their environments, caging them, making them perform?

And then she thought, what if there is no alternative reality. That Hell and Paradise are in the same place. But that you can only stop suffering when you realise that you’re in Hell and just stop doing the things that cause suffering to others. Like, ride your bike so Gaia doesn’t suffer. Or stop worrying. Or just stop making others unhappy.

The thinking didn’t stop. She back-tracked to pick up the washing powder she’d forgotten. She walked to a mantra.

She let them pass. She smiled at them. She was as unobtrusive as possible. She didn’t mutter at their blind wanderings through this place that promised both pleasure and pain. She observed them sharply and just let them do what they needed to do. She looked them in the eye and thought to herself, ‘I’m sorry you’re suffering’.

They smiled at her. They let her pass. Others that could have no idea she was there turned suddenly and rushed to get out of her way. Still more of them apologised for being in her way, even the children. Suddenly everyone, even the bad-tempered old people, had courtesy, manners, respect. They recognised the kindness, and even if they never said anything, they expressed their appreciation somehow: A smile, a nod, acceptance that she was there.

The experience was overwhelming. She felt that she had just woken up and now could see things with such clarity, and she was breathless. And filled with a sense of conflict.

Packing the saddlebags on her bicycle with groceries, she wondered what this meant. And then, riding home, debated it furiously, even while drivers on the road gave way, smiled, waved as she passed.

Or, is it truly meaningless? Perhaps, as the nihilists and atheists consider, it’s just a misfiring of a neuron, a chemical that’s gone wrong and maybe she is crazy.

Or, maybe the application of frameworks that have emerged from this world are meaningless, too. And perhaps, this is her own dawning realisation. One that could change how she lives her life.

As she rode her bike into the back yard and leaned it against the house, she expected that the clarity would have abated. But it hadn’t. Walking into the house, she thought, How is it that I’ve come to such a hellish realm? And more to the point, how can I help others to leave?