You can’t be comfortable AND successful: Part One

In this two-part examination on comfort, anxiety and success, I shine light on an Australian mindset coach who walks his talk. 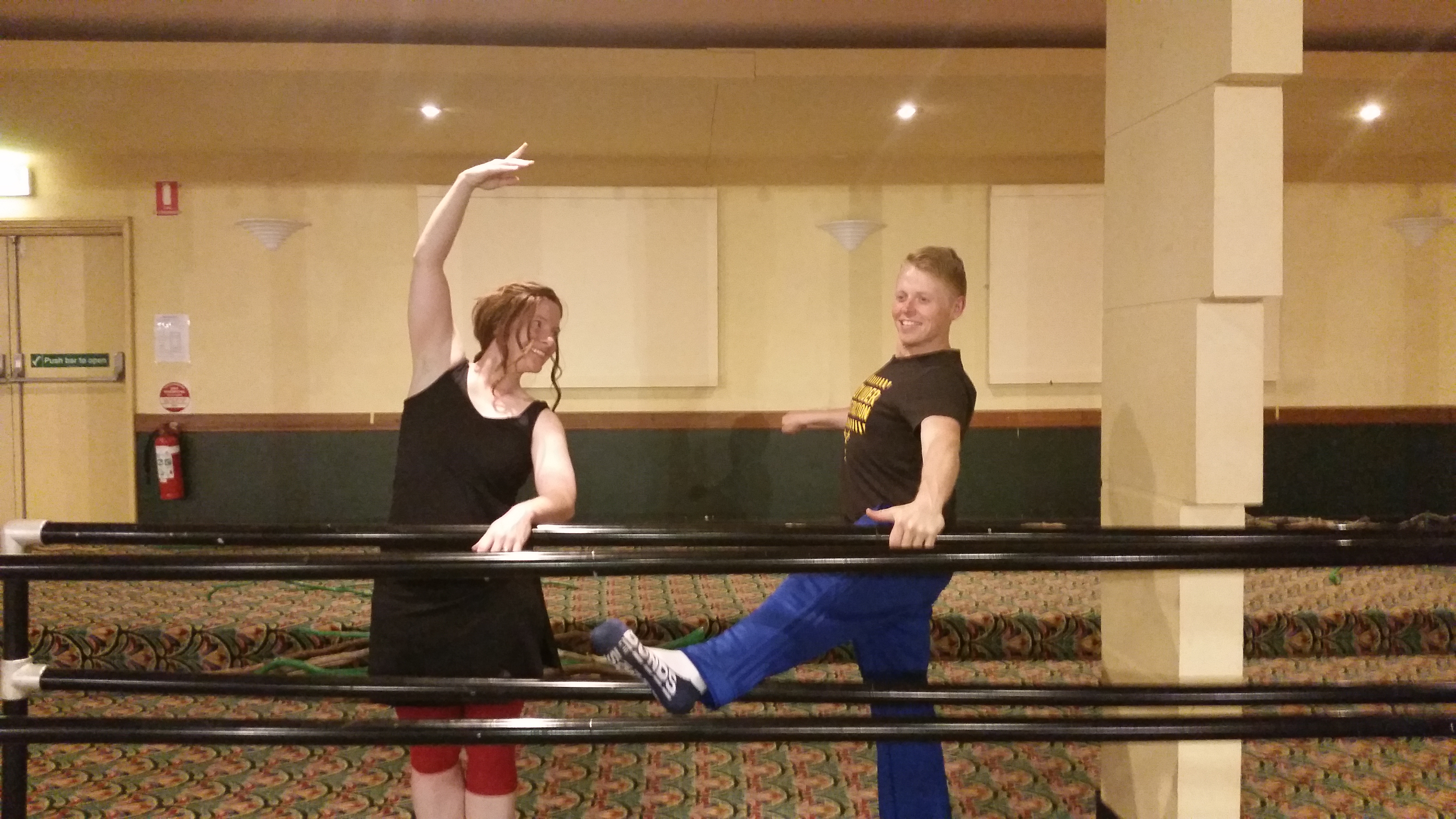 How hard is it for you to get outside your comfort zone? Or rather, how willing are you to persist in doing things that make you feel sick, anxious, fearful, or generally uncomfortable?

It’s a different proposition, isn’t it. ‘Comfort Zone’ feels very separate from ‘Anxiety’ but actually they’re part and parcel of the same thing.

Before you dive in, a courtesy note: This is Part One of a long and detailed look at mindset and the comfort zone. Part one is about someone else. Part two is more about me. They’re kinda related.

A couple of weeks ago, a young bloke I know who is right at the beginning of his career as a mindset coach, posted an image of a ballet dancer on Instagram. Across the top of it was the comment, ‘When you’re mentally balanced for long enough, you naturally start dancing’.

Regular readers here already know about my obsession with dance:

The mischief in me couldn’t resist. So I left a comment telling him to come to Ballet class.

To my enormous surprise, he agreed. And then to my even greater surprise, on the appointed day he texted me to confirm the time, and the dress code, and where it was, and all that jazz.

Not only did Pete show up. He had the right attitude right from the beginning. He was clearly nervous. But he was open and engaged in the process, and then threw himself into what turned out to be one of the fastest-paced classes we’ve had in six months.

I’m not messing around when I say ‘fast pace’. The class was taught to the upper end of the spectrum. The barre work was not medium pace: It was fast. The centre was balance, and turns, and tiny sequences performed on both sides with minimal time for mental preparation. And we had grand allegro at the end of class.

Now, if you’ve never been in that situation, let me tell you what it’s like:

Well, that was my experience of the first three ballet classes I did when I was 31 or 32. That and thinking, ‘Mannnn did I REALLY learn this when I was a kid? I must have. Surely. But DID I?

Pete is lucky that he doesn’t give much of a fuck about what people think about him. He at one point was considered the Most Bullied Kid in South Australia. He’s physically challenged, but continues to surmount it. Many people come to ballet expecting judgey bitches, tights, buns, and uptight bullshit. We’re lucky at Australian Dance Theatre that we have such a beautiful community and such a beautiful culture of dance inclusion (which is of vast credit to ADT’s dancers).

But still, I could see that he was nervous. Because of his physical limitations some things were difficult for him. Like petit allegro, and some port de bras. But he still did them to his capacity. He got himself in the zone and went with the flow, and let the language barrier and movement vocabulary just flow past him.

And you know what? His coordination is so good. Most people struggle to synchronise movement cleanly and effectively. You know, arms and legs at the same time. Pete? No trouble. Even Thomas Fonua, our amazing teacher, remarked on it at the end of class.

Pete kept up with the class, hung around for chats. And at the end, everybody was full of encouragement. They told the stories of how you just have to keep showing up. About how pretty soon you identify patterns in the language and match movements to it. About how they felt when they first came to class, and how amazing it is when recognition kicks in.

That’s one thing about dancers: They are just unbelievably encouraging. It’s not about being perfect. It’s about doing the same thing 10,000 times. It’s about doing the foundation work over and over and over. It’s about recognising that you always learn one new thing, even if by the age of 10 you’d already performed half a million tendus. Like life, ballet – at its heart – is more about showing up, having patience, putting on your best smile, and giving it a crack, than it is about anything else.

Every man and his goddamned dog is a coach. And of all of them, how many have ever done remarkable, amazing things? Or had sold companies for millions? Or coached seriously epic level players, people who are in the stratosphere? None of them.

Have any of them ever come to ballet? No.

Have any of the startup founders around the place who bang on self-righteously about being out of their zones because ‘that’s where the gainz are’ ever come to ballet? No.

Have any of my friends who sigh and smile and express longing about dance ever come to ballet? No.

Peter did. Peter showed up. Peter challenged himself and his own mindset, and he turned up.

Now THAT is a coach you can believe in. If you want to talk to him, his website is here

So, kudos to you, Pete. If this is the way that you work, then the rest of your year will be amazing. And I’m happy to be one of your champions.

Now, if YOU are ever in Adelaide, if you’re a founder, if you’re a coach, or you are just curious and want to come with me to class – please get in touch.

In Part Two, coming at you next week, I share some detail about how I have recently started pushing myself out of my zone, too. It comes with an exploration of what separates the doers from everyone else.

1 thought on “You can’t be comfortable AND successful: Part One”