The mind-boggling insanity of America… and Marduk

Black Lives Matter, in Austin in the USA, have boycotted Marduk… and defamed them and attempted to incite violence in the process. Post contains a video about this issue. 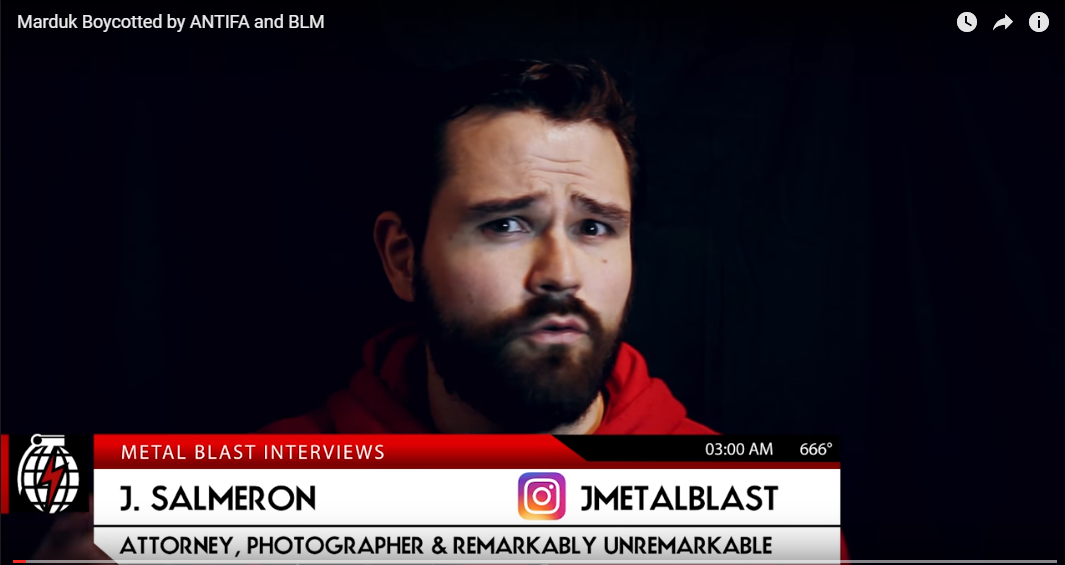 For a little while I’ve been reading in my Twitterfeed a garbled collection of links and snatches of conversation about Marduk and black metal and boycotts or something.

Seriously, as an Australian, I have had no idea what is going on. I’ve muted the shit out of my feed so I don’t get overwhelmed by politics or liberals shouting into the void in the USA (which is all Twitter is these days).

But I tried to explain it to my husband, who wanted detail. So, I Googled it.

It turns out that Black Lives Matter in Austin in the USA thinks that Marduk is a Nazi band. They think that Marduk’s representations of war are the same thing as being a Nazi. They think that the band’s anti-Christian stance is really just hiding their anti-Semitism. And so on. They defamed the band and its members, and attempted to incite violent protest. They shut down Marduk shows on the promise of hate-filled violence, which, you could argue, deprives the band of income.

The BLM appears to be a set of violent idiots, of a kind that is actually insane. It’s the kind of insanity that we don’t often see in Australia; a black-and-white, deep-seated, violence-is-the-only-solution madness that appears to characterise the USA and its relationship with the world.

It reminds me of the time (this year) when I (stupidly) made a suggestion to some boneheads on Twitter that they should take non-action ‘like Ghandi’. That ended up in torrents of violent and disgusting abuse from people who couldn’t divorce the idea of pacifism as something separate from the broader actions of a person.

ANYWAY – let’s go back to Marduk.

In my searches around the internet I found this video by Metal Blast Interviews. In it, the comments by the BLM group are unpacked and addressed one by one: A valuable thing, when you aren’t on Facebook and don’t really want to give them direct attention. The video is 10 minutes long, but erudite, factual and well argued… which is what you would expect from someone with an education. Oops, did I just say that?