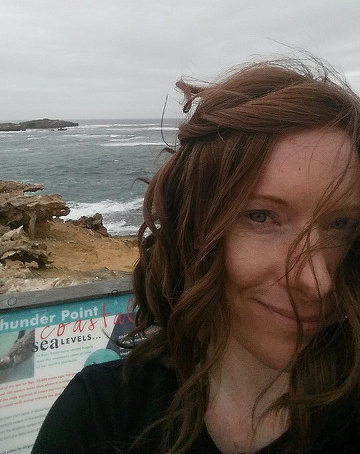 Since January this year (2018) I have been taking Wednesdays off to stretch myself and write a screenplay. Along the way, I’ve had a tiny, hardcore set of fans on Patreon who have followed along. I put this system in place to make me accountable. But what it’s done is much more significant.

Having a reflective writing practice has taught me how to to learn faster.

For the past few weeks, I’ve been engaged in a practise of adding to a Writing Journal throughout the writing day. The very act of doing this has increased the speed of completion. It’s done this because the Writing Journal encourages reflection while also doing. This is where its power lies.

In fact, once I’d started doing this, it dawned on me that this was exactly why my uni course insisted we journal the writing practise while we write. It seems redundant (we’re already writing, right?) but it’s the single most powerful learning tool I’ve ever encountered. Well, except perhaps for learning how to read a book properly.

It turns out that this is known as Double Loop Learning.

So, you might ask, why have I not been active in reflecting on learning how to grow my business?

Where would this have helped me at work this year?

The most significant thing I have learned the hard way this year is all the stuff I know intellectually about capabilities. Play to your strengths, you will succeed, etc etc. It’s not a platitude, it’s a very big deal. This year, I’ve learned that the Pixie is rubbish in a bunch of areas, and very narrowly avoided being sued because I failed to take action when I knew that I ought to. I didn’t, because I didn’t unpack Step 1 of that action soon enough. I would have known what that action was a lot sooner (like, 10 months sooner) if I had paid attention by keeping a reflective journal alongside the process.

What journalling becomes… and what it should be.

Sometimes journalling becomes a whole lot of I did this, then I did that.

Then, it becomes a whole lot of I suck at this and oh I had a win there.

This happens because at the end of the day you are no longer in the situation and aren’t having the same thought patterns. Unless you are a very structured person (many male entrepreneurs who write on the topic seem to be this way inclined, I have to point out), you require a formal set of questions to guide your thinking.

That also doesn’t help – eventually – because all you do is follow the process. You don’t learn how to do it on your own. It would be smarter to capture the story at the moment the story is in full flight, right?

Journalling that works happens at the same time as the work.

Doing this in business is exactly the same thing as reflecting immediately after a dance class. It’s in the immediacy of the act, not the act itself.

Why is that? My theory is that it allows you to capture your inner narrative as it happens. Then, because you go to the next task, your subconscious can continue to process it by finding the solution, rather than repeating the narrative.

This is why capturing it later is bullshit. Doing it at the end of the day means you’ve lost that shining moment when your subconscious is in full-swing telling itself a story, and you’ve missed the opportunity to let it cogitate on the reasons why.

To be really effective, reflection is immediate. It captures the narrative (freeing your mind), it allows your mind to consider the whys and wherefores, and it gives you space. Once you go back to the journal, you’ll be surprised to find that you already know the answer.

Right? Catching an issue in the moment means you don’t dwell on it; you just move on. The solution hits you later, often through inspired insight that people tend only to experience after sleep.

This is why immediacy in journalling speeds up the process.

And you want to know the most amazing thing about this, dear reader? It was a screenplay project that taught me to use the skills I already had… and that, too, comes back to capabilities. Incredible, huh.