The Twitter police suspended me for what can only be wrongthink. Here’s where to follow me and the #LeticiaWrites project instead. 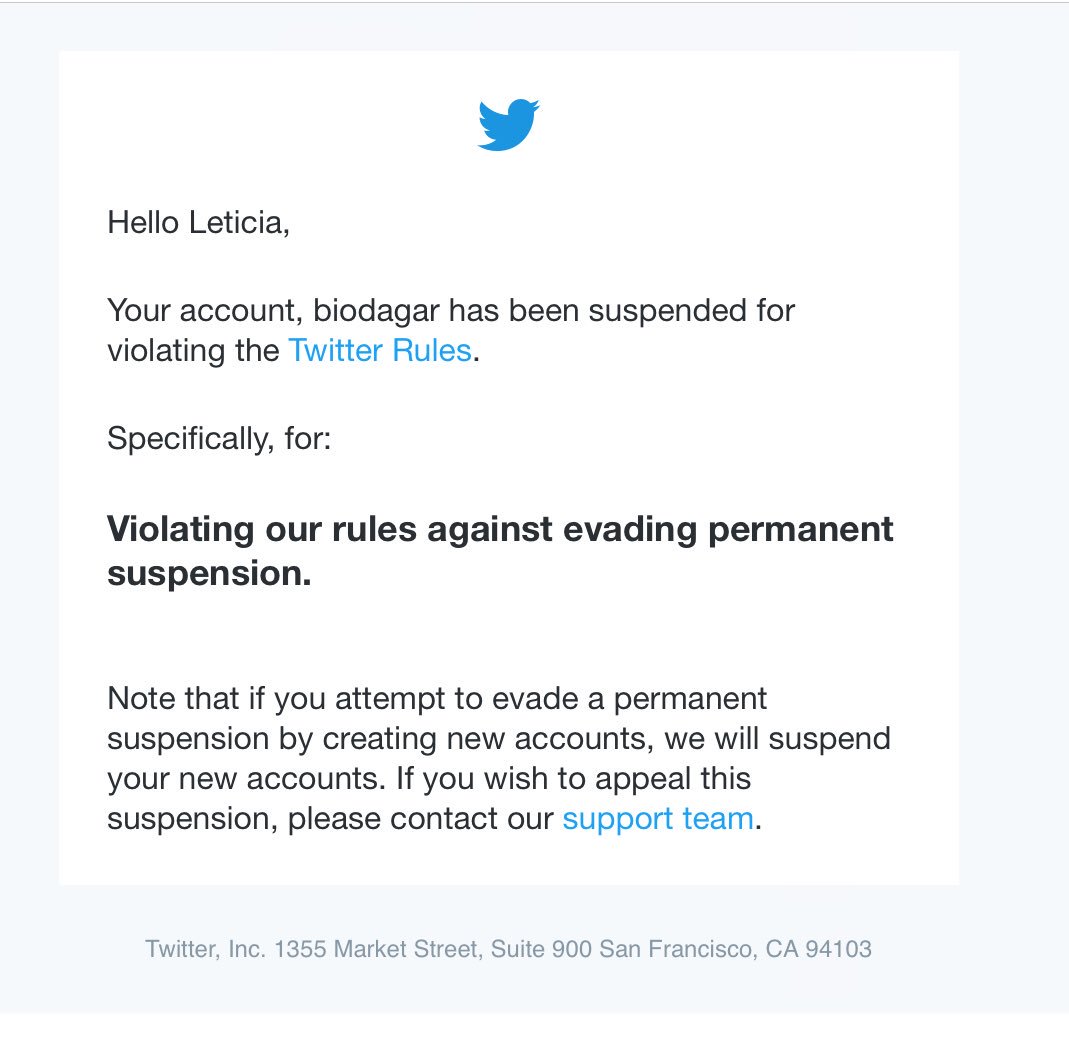 This afternoon I was dwelling in Twitter, when I suddenly found myself confronted with this message:

Apparently, I violated Twitter’s Rules by Evading permanent suspension. In my disbelief, I tweeted this from my serious-work-only account:

What the hell does this even mean? I haven’t been suspended – ever – in the ten years of being on Twitter. pic.twitter.com/eTJusfVIHX

One of my friends suggested it was for the crime of ‘wrongthink’. It’s entirely feasible. I have spent the last little while sharing things about Gab, and Julian Assange, and The Golden Age of Bullshit.

While this was initially quite confronting, particularly given it’s been my primary promotional vehicle for my writing and creative work since 2008, I’m choosing to take it all in my stride.

You see, darling reader, I’ve been hatching a plan to build a promotional methodology that is entirely social media-free. I’m not sure what that looks like yet. But once I have planned it and started to use it, I’ll be capturing data so I can write about it, share the lessons, and help others to leverage what I’ve done.

In the meantime, this means that the only way to hear about my work is:

As for social media, while the entire concept has paled a lot over the years, I’m giving Gab a crack. You can find me at https://gab.ai/biodagar. And so, here’s to enjoying more time in real life, and spending more time creating amazing works.