Welcome to my newest column, one that will appear every month. Metal to Write To is a playlist of what I’ve listened to while writing and working each month. 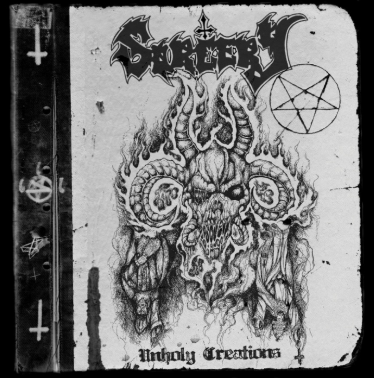 Welcome to my newest column, one that will appear every month. Metal to Write To is a playlist of what I’ve listened to while writing and working each month.

But, given this is the first column in the series, I’ll give you some context.

What does an ex-music journalist listen to when she writes? I’m glad you asked. Let’s find out.

Why write with music playing?

It’s one of the conditions that creates Flow for me.

You might be familiar with the concept of flow, a state of consciousness popularised by Mihaly Csikszentmihaly in his book of the same name (Flow). It is a state in which you are totally immersed in the work that you’re doing. You’re so focused, in fact, that you’re not really there: The work – whatever it is – just happens. Time disappears. You, as a person, get out of the way, and whatever you’re doing comes from you as though you’re a channel for it, and not a creator. You emerge from the state having completed work that is perhaps voluminous, perhaps genius.

Many creators experience the same thing. One of my former dance teachers described this exact experience. He explained how in one show, when he was dancing with ‘The Aus’ (the Australian Ballet), it was like he disappeared: He had no memory of what he’d done, time disappeared, he just finished the piece and felt amazing.

Now that is what you call being in flow.

You can create a flow state mindfully. It requires dedicated time, specific goals, application of skill, and no interruptions. In my case, playing music allows me to just focus for an extended period of time.

Music occupies the sub-brain and encourages deep focus. After I deactivated my Twitter account, I needed something to replace the easy go-to of social media.

Music is the best thing for that void. Who knew?

I write with metal playing

Some people just can’t concentrate unless the music they’re listening to is instrumental. Some can only have attention-boosting binaural beats playing.

I work best with metal playing.

This won’t surprise anyone. Metal’s my thing. Metal’s always been my thing.

And while it might seem incongruous to do important or creative work with a soundtrack playing, loads of writers do it. Some are writers who are also musicians.

As a writer who listens to metal while working, I’m in good company: One of the most celebrated authors who loves metal is Stephen King… though he no longer works while playing loud music. (He used to.)

To be clear, I do this for creative work AND for professional work

Yep, you heard that right.

Editing a journal paper for a research engineer? Metal playing.

Writing a blog post for a client about resilience? Metal playing.

My husband is an insane music collector. He has one-and-a-half rooms – one of them being my office! – filled with music. We have floor-to-ceiling (almost) shelves filled with CDs. It’s like the greatest metal music library ever.

Even though I was a music journalist for a long time, and even though I founded Metal as Fuck, there are so many bands and albums that I’ve never listened to.

Many of them are in my husband’s music collection.

What I do is this:

Whatever comes to me – an image, a letter, a word – I manage to find.

If you’re skeptical right now, I don’t blame you. So, here are some examples.

I always find something amazing this way, and it stops me from just going to the same bands that I always listen to, or the same releases.

It’s such a fantastic game; if you ever get the chance to play it, you must! It works just as well in bookshops as in a room full of music.

Ok, so I started listing everything while we were already part-way into December.

I’ve decided to do this month to month.

So without further ado, here’s this month’s playlist.

Go listen to the playlist on YouTube. It’s so satisfying. A bunch of these I’d never listened to before. Others – like Eve of the War – are brilliant but neglected. I hadn’t heard that Alchemist album in its entirety for more than ten years!

If you join my Patreon community – or upgrade your subscription – on or before 7 Jan 2018 (Central Australian Time), you will get:

Learn more about the Special Offer
Skip back to main navigation