[Book Review] Into the World, by Stephanie Parkyn (Allen & Unwin)

This book is a too-long, meandering, not-much novel, without a compelling story, motivation, or character. Read on to find out why. 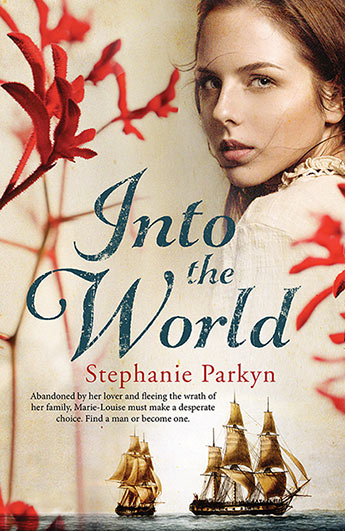 Into the World by Stephanie Parkyn  My rating: 2 of 5 stars. Learn how I use rating systems.


This book was a Christmas gift. Reading the rear blurb, I commented, ‘Wow this sounds really good’. The gifter smiled, ‘Yes, I thought so too.’

Man were we wrong.

This book is a too-long, meandering, not-much novel, a book with the hallmark of a writer enamoured of a character but unable to weave a compelling story around her.

The author also didn’t clearly know her character, either, something which is very clear in the absence of character development (which happened in two unremarkable moments and then – Shazam! – on almost the last page), the reliance on poorly-written and badly placed flashbacks, and the simpering, pathetic absence of dialogue featuring the protagonist, which indicates that the author simply didn’t know how her character would react or respond.

It reminded me, in fact, of that other terrible book, Possession, by A.S. Byatt, a book that went on and on and on and never actually said anything worthwhile.

Into the World is a book that reeks of political correctness at every turn, and one may well suspect that its apparently “strong heroine” is the reason for it getting a good run.

The only saving grace in this work is the author’s natural affinity for writing about nature. She is not a character writer; she is not a drama writer; she has a deft touch with nature and a passable touch for suspense.

Despite my absolutely scathing commentary above, I have no doubt that if this author were to handle a character she feels as deeply as her own insides, and wasn’t restricted by “how we must portray things in the twenty-first century to keep all the sensitive babies happy”, then she would be a good writer.

But to do that takes an enormous amount of courage. Fingers crossed she finds it.