On the tidal wave of past work

The tidal wave – or looming shadow – of past work is something that threatens all artists. It shows up differently, depending on the art and the artist. 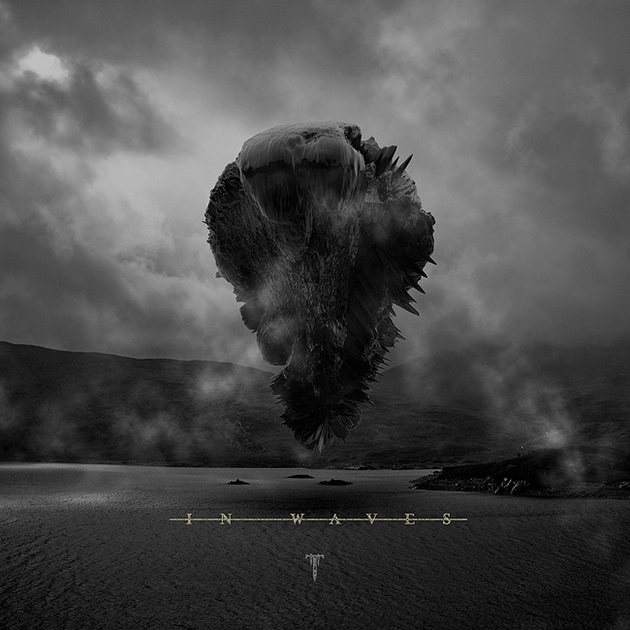 Recently, a friend of mine spent some time musing about art and legacy. After I read her piece, we had a short conversation via email.

And I’ve been thinking about it ever since.

Funny, really. It occupied her mind for a time, too.

The notion of which I speak is the idea that the legacy of an artist can become overwhelming. That, at some point, artists find themselves weighed down under their past works; they become conscious that any new works need to be able to stand up to their past works. She quotes Nick Cave extensively, and I encourage you to go and read it.

Towards the end of the piece, Steff writes:

One day, I want to be standing on that same stage as an older woman, facing down a new challenge in my second life, baring my luminous sadness to the world. My body will be aflame in creativity as a great looming shadow of work creeps up behind me. I will turn my back on it, and leap into the unknown. If I’ve done my legacy right, someone will catch me.

Ruminating on the idea for a day or so, it struck me that all of us are, somehow, at risk of the looming shadow creeping up behind us. Even if you are not an ‘artist’ in the same that way writers and musicians are artists, it still applies.

Even though I don’t have a legacy of work, I don’t have a back-catalogue of books to look back on, I am already starting to feel the danger of the shadow.

It’s the danger that you stop moving forwards. That every next thing you do is created in relation to the past.

Steff suggests that drowning in the legacy takes the form of capitalising on past works, to the neglect of new work.

But I’d like to suggest that it’s much more sinister.

It’s creating new work while attempting to recreate the success of past work.

When you think about it, you’ll realise that, in many ways, success forces this to occur. How many Metallica fans have you heard claim that they stopped listening to the band after the Black Album? Any fan who puts an arbitrary boundary on an artist’s work as a result of his or her own growth in a particular direction puts this pressure on an artist. The bigger the artists, the sharper the boundary, the greater the conflict in the fanbase. Critics large and small will go on record writing about new albums with reference to albums released twenty or thirty years prior, creating a situation in which the artist with even a modicum of self-doubt is likely to try to recreate his or her past glory.

But it never works.

This idea of new work coloured by old work began to resonate with me when I realised that it takes a slightly different form in different areas of life. You can find yourself glorifying a Past Something, almost without realising it.

For example, during the Adelaide Fringe this year I had the good fortune to reconnect with the first editorial team I ever wrote for. It was the editorial team of my uni paper. (Which hasn’t existed for a long time by the way; I wrote about its demise, here, almost ten years ago.) When I did so, I was asked what I’d done since, and talked through the Metal as Fuck story.

As I did so, I had this bizarre sensation of watching myself, and of being critical. It went something like: You realise that this story is now about ten years old? As far as to say, When will you do something else this cool?

While I wrote to Steff that it seems crazy to be crushed by one’s past work, I hadn’t had the time to consider it. Perhaps the looming tidal wave of legacy doesn’t even need to be a body of work. Perhaps it can just be that one thing you did once, that caused a ripple, but which few people recall.

I’ve got that one cool thing. In some sense, I have been chasing it ever since.

Perhaps, then, I may add an extension to the idea of two lives, as espoused by Nick Cave and written about by Steff. Perhaps there are more than two lives.

For the purposes of referential ease, I’m going to refer to my conception of lives as Life A, B, and C.

For some of us there is a third life, which happens somewhere in between Cave’s Life One and Life Two (Life B).

Yes, there is the first life (Life A): Of learning who you are, of building and creating. And yes, there is another life of luminous sadness, which I interpret as meaning that time when someone of Significance departs this earthly realm (Life C)

I speak of that time beyond building and creating; and before the Luminous Sadness. Life B is a life that takes a 180-degree spin from the first one. That pivotal moment teaches you who you are; it breaks you away from what you have built and created; it is itself characterised by grief; and yes, to some extent there is a phase of ‘connecting’ that comes afterwards.

Unlike for major artists such as Cave, this connecting is a phase of reconnecting to yourself, rather than to others. Life B is a life of redefinition, reorientation, of continuing to create even if that creation is nothing like what you were doing in Life A. It is influenced by Life A, but separate, new, building afresh.

Life B is a life that is truly threatened by that looming shadow.

Here’s why: If you don’t step away from Life A, you will always be chasing its feeling, despite being in an entirely new reality. Your success in Life B, in rebuilding, recreating, re-establishing, can only find its footings when you let go of Life A.

Or, maybe I’ve overcomplicated things, and perhaps there really is only two lives, and my Luminous Sadness was that pivotal point – it really does have many of the same characteristics as Cave’s does, after all. Perhaps that just means that Cave found his Luminous Sadness much later in his creative career than I did.

In my case, I have realised that there really is a tidal wave of legacy; that the legacy can be small, even insignificant, when you’re not someone who is famous. Nevertheless, it exists.

The challenge, in Life B, is to find That Thing towards which your burning creativity can apply itself. In reflecting on my last nine years, that creativity has been like a spinning laser: Powerful, but scattered, and without the discipline that forces the illusion of three dimensions.

For me, the New Wave is in writing and publishing. I just haven’t really discovered what that looks like, yet. I can smell it, however. It’s in the air.

And once I do, that looming shadow will be a geographical feature: A marker, a boundary, a pillar of times past. It will cease moving, and become nothing more than a curiosity, something for only the die-hard to hunt down and experience.

Note: The image chosen to accompany this piece is the cover art of Trivium’s In Waves. It seemed apt.

1 thought on “On the tidal wave of past work”