The real toxicity of social media

“This is the first time, I think, of such a massive engineering of human psychology, in between groups which count in the billions.” – Sam Vankin 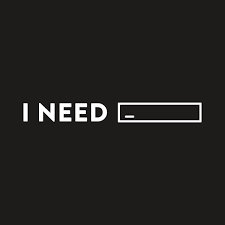 “The profile of social media users, about 2 billion people, is totally universal. There is no distinguishing facet. The only thing that will distinguish these two groups, absolutely the only thing – it’s not gender, it’s not income, not education, nothing – only: Are you using social media, or not? This is a revolutionary thought, because social media has a massive effect on psychology. In other words, there will be one group of people – about 2 billion – with one type of human psychology. And another group of people – of about 5 billion – with a totally different type of human psychology. And this is the first time, I think, of such a massive engineering of human psychology, in between groups which count in the billions.”

If you’re new to my mailing list, then you will know that I have booted social media (in my personal life) for good. After loads of experiments with it and without it (like this one), which included interrogating my own dopamine addiction, I made a snap decision the other week and deleted all my accounts.

In truth, my studies into human programming and propaganda inspired the switch.

Now, the interesting thing is that of the emails I’ve been sending out to people (telling them about this site and my email list), I’ve had one or two people who replied telling me to breathe.

It’s no longer about just breathing.

It’s about preserving who you are: How you think, how you respond to the world, who creates your beliefs, and why you think the way you do.

I’ll be writing more about this in the coming weeks, especially in terms of frame identification and how beliefs are established without your realising it, but for now I wanted to share this video.

It’s an incredibly insightful look at what social media does to your psychology. And it’s the video from which the opening quote was taken.