So, why not just pitch radio play producers?

I’m looking for a radio play producer for a story that I believe is one of Australia’s most significant historical stories. 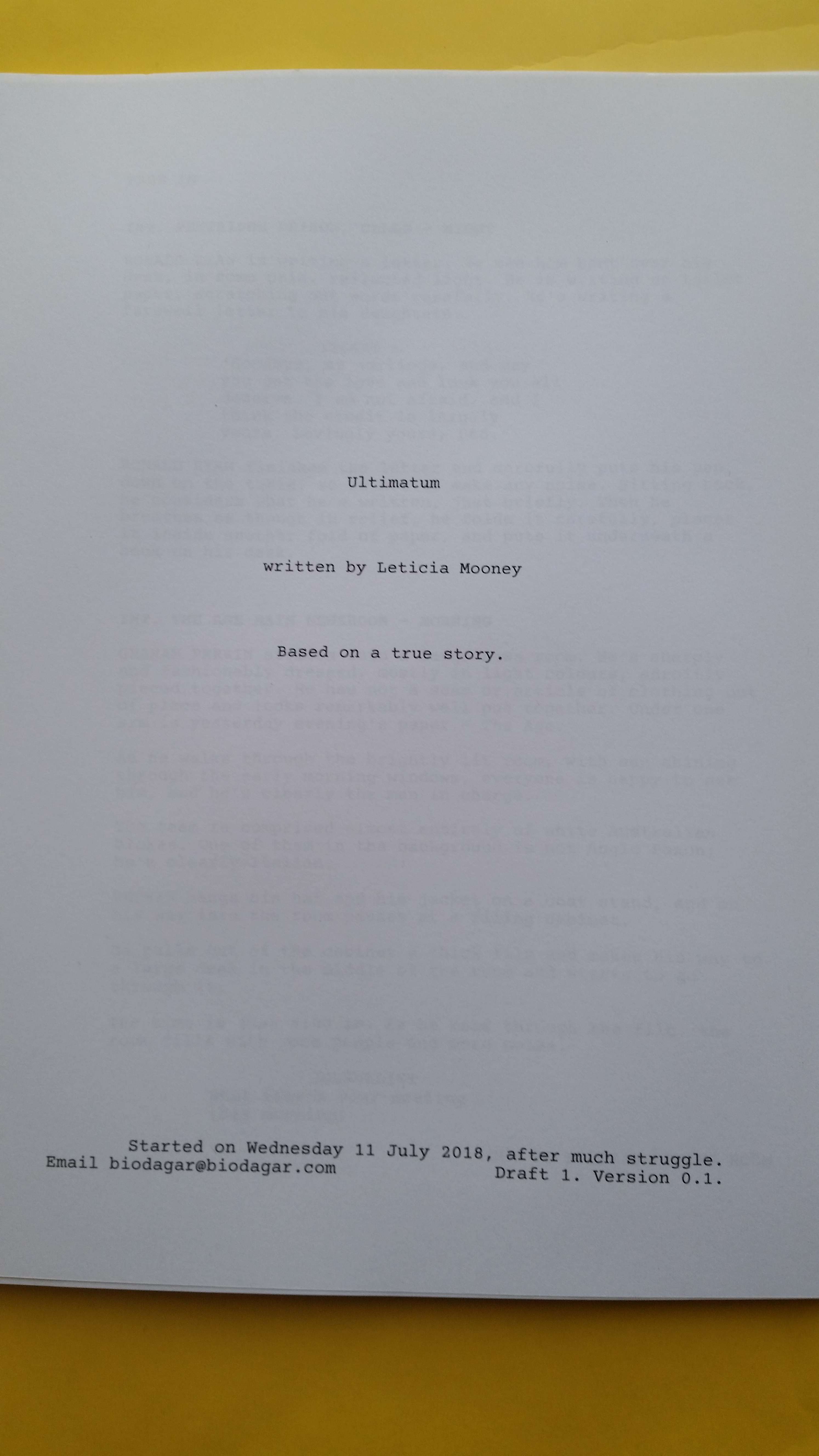 This morning, halfway through the next piece of backstory for The Integration Project, an idea hit me: Why haven’t I pitched radio play producers for Ultimatum? Surely it’s got to be easier than trying to recruit people myself, given it’s just been a hard, unforgiving slog, with loads of people “interested” who then never respond.

Which is weird, right? Artists are fucking weird people.

After all, in talking to people about the story and the play itself – including its conception in 7 episodes – has resulted in nothing less than comments like:

‘OMG I want to read this story.’

‘When will this be available?’

The reason is because Ultimatum tells a story of corruption in Australian history that nobody has ever told before. It’s one of the first stories about so-called “fake news”, an attempt to pervert the course of justice (and to influence elections along the way).

When I talk people through the story, they lean in closer and closer; and eventually just want me to give it to them. Right then. Right there.

It’s a story that Australians want to hear.

And, even better, those who have read the script appreciate the ways in which the two central characters play off each other; are amazed that they end up barracking for both of them.

So, I stood up from one computer and went over to another one. On the second one, I spent some time digging around for the right contacts and the right team, and I sent a query.

I have no expectations about getting a positive result. But you’ve gotta be in it to win it.