Adelaide is the shape of Baphomet?

A bit of fun overlaying shapes onto the City of Adelaide (the 1920 version anyway) suggests a pretty close likeness to Baphomet. 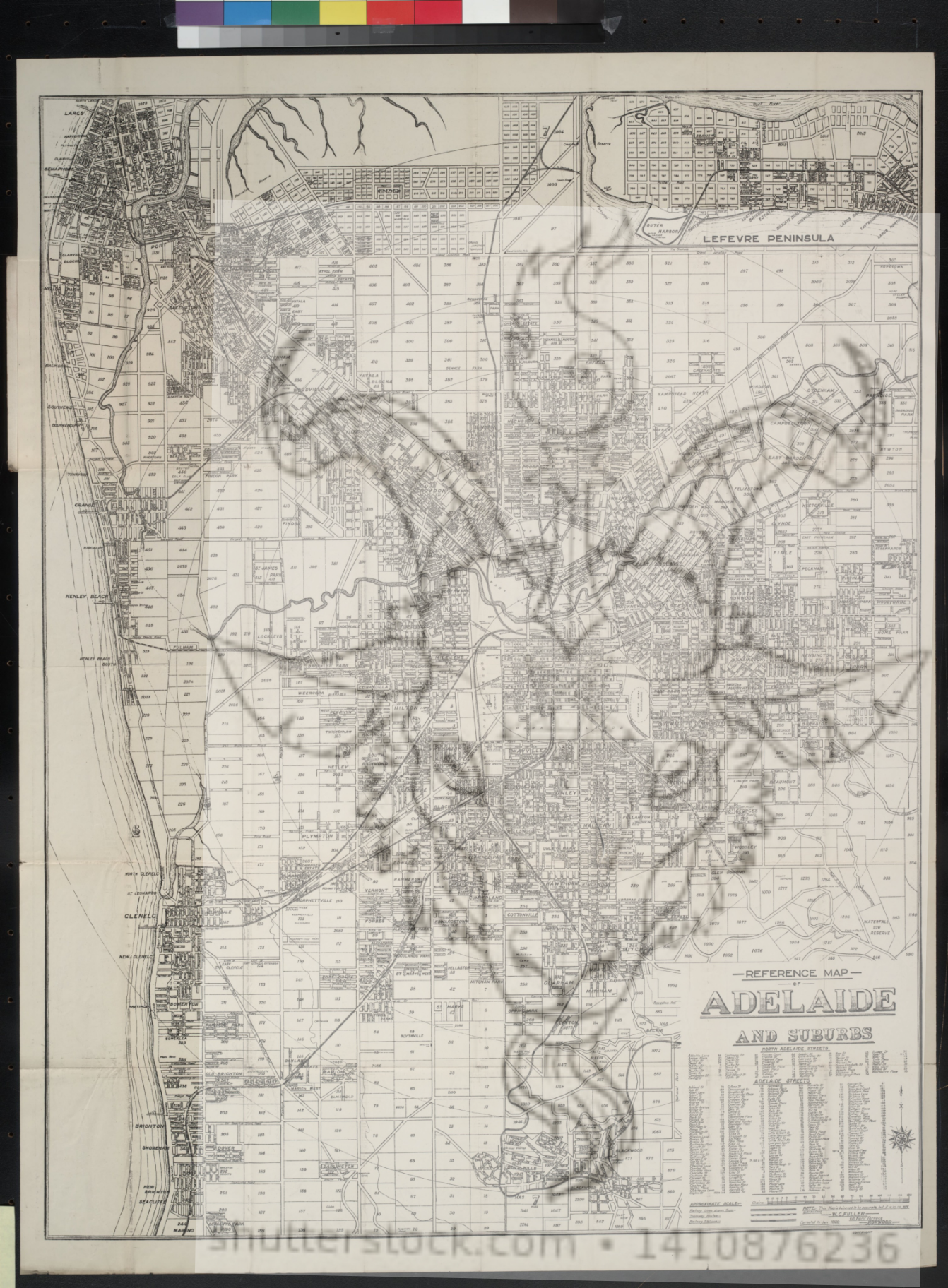 If you’ve ever gotten curious about the shapes of cities, or their layouts, or have listened to (or read) any so-called “conspiracy theorists”, then this is going to either amuse you or blow your mind.

When a friend sent me this map, there was something that struck me immediately about the shape of the bulk of the city.

It was the outline of Baphomet.

Now, that likely says more about me than how the city was planned.

But, you know, it’s pretty close:

The city itself even sits nicely in Baphomet’s pentagram. LOL

Given the way that Normal Life is almost a complete inversion of everything you see around you, this isn’t such a difficult proposition to swallow.

Adelaide has historically had the highest number of murders per capita of any city in Australia. Early in the 1900s there were more prostitutes in the metropolis than there were churches. And it’s a fairly impenetrable community unless you know the ‘right’ people.

If the City of Churches is really the City of Sin, it would be better off owning it. Imagine how amazingly you could play on it for tourism.

Kinda like that creepy-ass Barossa Valley ad that aired a few years ago: