The turning of the year

2019 was the year of facing up to myself, all year. And in doing so, I’ve realised that I’m happy. 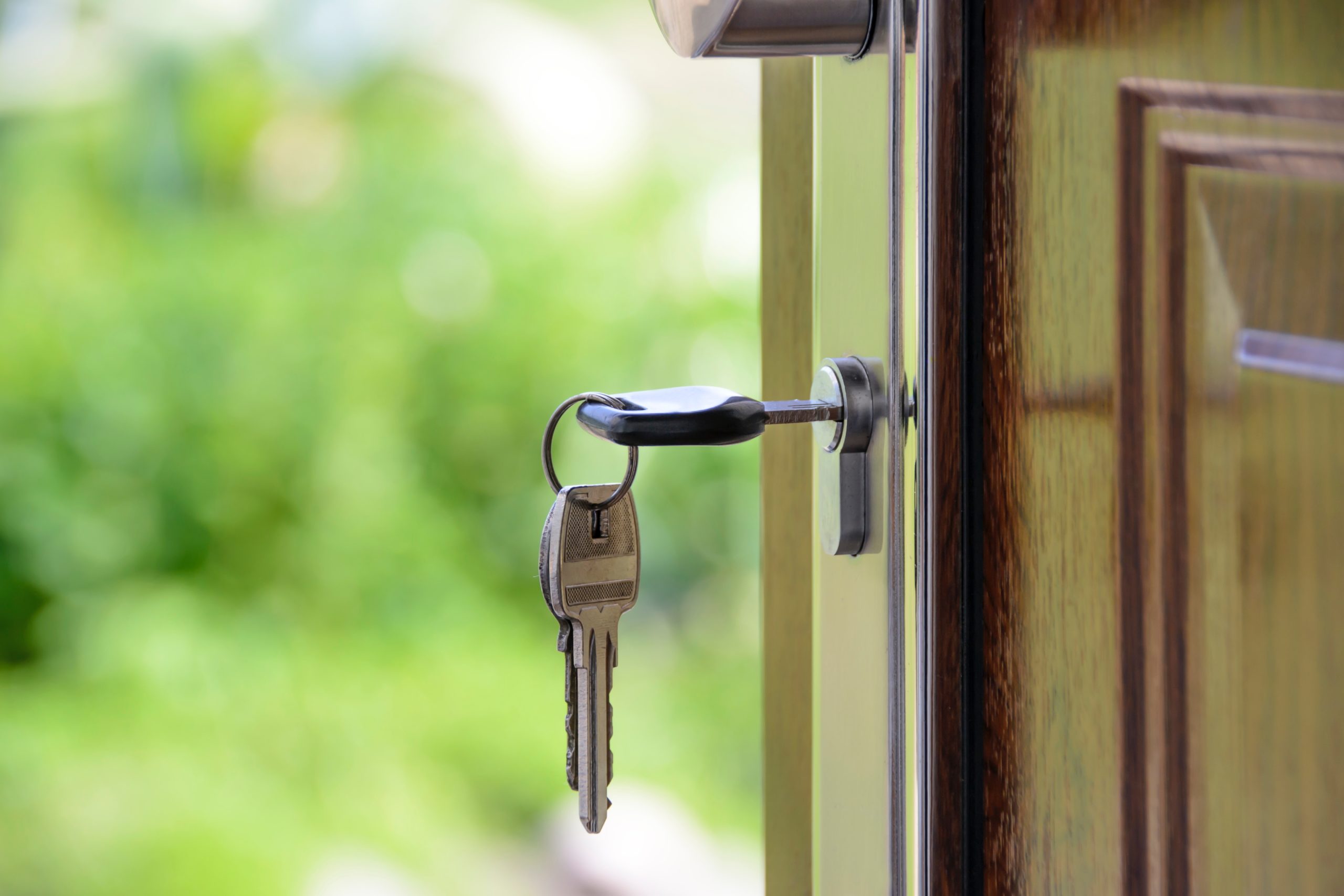 It’s not quite new year, but technically it is the turning of the phase because today’s a new moon, barely 6 days ahead of the “actual” new year; we’re four days since the summer solstice.

I’m not one for new year’s resolutions so much as I am for a continuous navigation. So for me, that means that I mark every new moon; and in 2020 I’ll be taking the time to consider and vision my next decade in a very literal sense, because I turn 40 in mid February.

But before all of that, a bit of reflection on 2019 to close out the year.

Doing this was hard in the first year, but it was even more difficult in the second year.

The reason? Anyone’s guess. Though, I surmise that having gone into the program in the spirit of “doing it for a year and seeing what happens”, continuing it beyond 12 months felt all kinds of off. It was as if I’d planned just for a year and then to go back to normal.

Nope, not on your life sunshine.

The 12 months was highly productive; I produced a screenplay, a radio play; a full-length novel; and started researching and reading nuances of propaganda. I also produced flash fiction every month for a hard core group of followers.

By the end of the year, the routine was well and truly in place and I started scouting for something new. That something new is already seeded, effective today, and changing things up is the order of the year.

This means that its revenues passed $100,000 for the first time ever. And I am well aware of the sales-bro-saying that if you’re not doing $100k then all you have is a hobby, and I am calling bullshit on that. Some of us take longer than others to get there.

Some nice off-shoots have happened: I bought a new car for Christmas, I’m getting a pay rise in January, and I’m finally working out that I can do all of this without employing people (and don’t have to employ people).

Except for LinkedIn, which is actually useful for business. I focused all my efforts on list-building at work, and in emailing that list every single day, rather than forming a scattergun approach using lazy digital channels.

This is going to get even more extreme in the coming year, but I am not putting my secrets into the internet; I’ll let my clients do that.

This is not to say that it’s been easy. Quite the opposite. I still, every week, encounter people who badger me to get onto Facebook.

Honestly, if I could download into their brains all the reasons why not being there is a fantastic idea, I would.

I’ve learned that I am really ignorant of world events, and politics. My mum knows about things before I do. I worry (probably unnecessarily) that I’m cutting off my nose to spite my face, especially in terms of business. But I dunno; I’m happier.

So I figure that’s a good trade-off, yeah?

I had a breast lump, which I didn’t treat with allopathy (it’s gone, and I’m healthy), and I reconsidered how I have been living my life

Part of that journey has been realising that even though I’d been living most of my life through my business, it’s only a tiny percentage of my life. And, more to the point, that if I was facing down the barrel of death, I’d shut it down without a second thought.

It caused me to think about what really lights me up. What is it that I really want to do? How do I relate to my environment, the world, and other people?

And I discovered that I’d been putting myself second to everyone else.

Now I put myself first, and if I am busy then other people can wait. Funnily enough, doing this improved all of my relationships… so, go figure.

Though working through all of this brought up a lot of demons from my past, which I have been progressively exorcising.

And yet, I’ve spent a lot of time wishing for greener grass. For living elsewhere. For doing other things.

But my life is really fantastically good, and I love it. For example, I work 4 days a week, and make more than $100,000 doing it. I dance between two and four days a week, because I can. I take time off when I want to (also because I can). I am happily married; I love where I live; I have accepted that being a long way from family is what I designed for my life, and that the gap is purely physical: It is not spiritual or distant because we can’t stand each other. I’d rather live a long way away and have a loving family, than live close and hate them.

And in the tiny details, I’m still happy. I have a great neighbourhood, a big backyard, I’m close to hills and beach, I write and think and draw, and… well, what isn’t to like? I even like the fact that I have a mostly bald head. I don’t travel overseas, but honestly that’s because I’m not that interested. If I really wanted to do it, I’d do it. Right?

I have almost hit my books target for the year

… and with six days of the year left, I can probably hit it, because I only have three left to read.

At family gatherings, I’d talk to Bob for hours. Or rather, I’d listen to Bob for hours. He taught me how to patch holes in walls; he told me about how his marketing and sales careers were so successful; he moaned for hours on end about politics and governments and the medical system.

Every time I went to the local shopping centre, it seemed, I’d run into Bob. I would sit down with him outside the Newsagent while he bet on whatever game he was betting on, and listen to him explain how the bastards rig them to make money. But he’d bet on them all the same.

As for animal lovers, you never met one like Bob. His dog Jack was his brother, and his racehorse Rory was the apple of his eye.

I was really challenged by the fact that there was no funeral, no burial, no official closure. Instead, we had drinks at the pub, per Bob’s request.

I questioned everything this year and came out realising that I don’t know much, really.

The fool doth think he is wise, but the wise man knows himself to be a fool.

So, maybe it’s a good thing?

The only true wisdom is in knowing you know nothing.

But, you know? I don’t trust even these sages. I feel like 2019 was the year in which I knew less than I did in every other year prior.

I don’t like the feeling. I feel ignorant to the point of retardation, most days. It’s a result of this that I prefer to listen to other people talk, than to talk myself, especially in social situations.

If I have an opinion (I have many), then in social environments I figure that most people aren’t interested in hearing it. (And most of the time, I’d be right.)

It’s nice to be educated, but as I write this, I feel like I don’t have enough life left to learn all the things I want to learn, even if I live three lifetimes more.

Maybe I should just relax and have a cup of tea.

My marriage went from strength to strength in 2019

Somehow we’ve been married for six years already, and it feels like we’ve finally got somewhat of a measure of each other.

I’m not sure what other people’s marriages are like, but in mine it’s a case of both of us knowing that today is awesome, and neither of us know what tomorrow will bring.

So we’re just enjoying today. Seems to be a good way to approach things.

The coming year is an incredible year. It’s the year of Yes, for me. There will be some major changes in how I approach this whole work-life integration thing, and my vision of how my world fits together.

But that, my friend, is for another day.

Closing out 2019, and reflecting on the personal challenges is one thing. Coming into another year, one that is a real shift is another. Throughout 2019, I felt like I was continually facing up to myself, reminding myself that there is no tomorrow, that there is only today. My life has grown immensely, in every dimension, literally and figuratively.

I feel poised on the foundations of a new mountain range, and I’m about to learn what this new landscape is like.

Except, this time I’m facing it with the knowledge of what has gone before.

If you’re reading this, I hope that your 2019 was a year of learning, and that you, too, are facing a remarkable year. Drop me a note and let me know.