What follows is the scene I wrote for J. Thorn’s Supercharge your scene five-day challenge. It’s unreviewed, unedited, and raw. Enjoy. 🙂 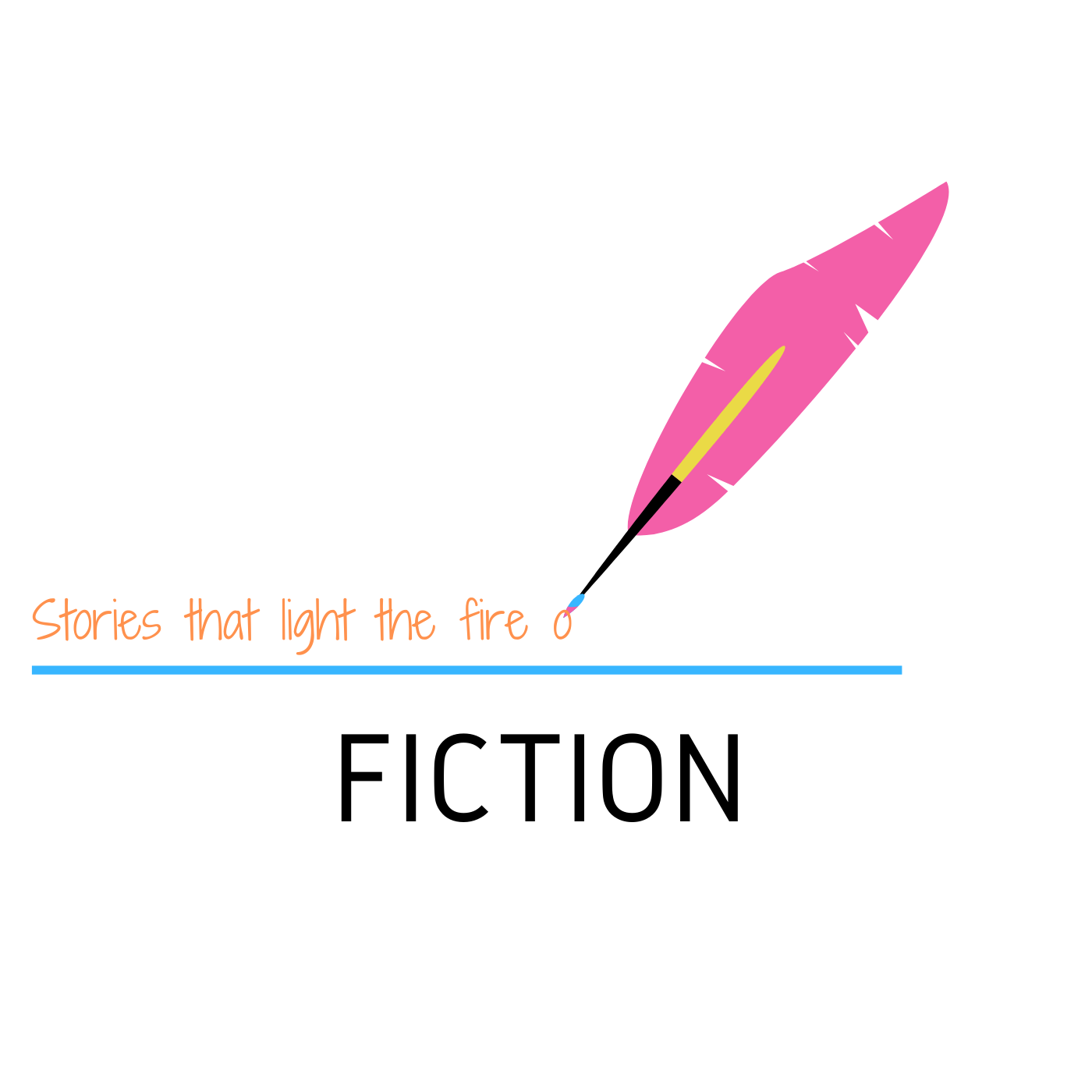 What follows is the scene I wrote for J. Thorn’s Supercharge your scene five-day challenge. It’s unreviewed, unedited, and raw. Enjoy. 🙂

Getting the next email in the series didn’t surprise Sam, but it did stop him and make him think.

Like the others, it had come from a man named Franklin, who held a senior position at the Australian National University, but who was on a sabbatical for six months in Prague. When PsyCorp received the first email, it had bounced around for a while before ending up on Sam’s desk. Now he was the one attempting to answer Franklin’s questions.

Franklin’s field of research specialised in technological ethics. Specifically, the human impact of technology. His original request to PsyCorp was for information about the omnicorporation’s projects and how they handled he ethics of onboarding, recruiting, testing, and debriefing.

In his email, Franklin had mentioned one or two projects that had become significant, if briefly lived, public relations disasters. The types of projects that resulted in massive damage to people, including deformities, birth defects, and strange abilities that nobody knew how to address. In each case, the most badly affected had died; Franklin was looking for specific numbers.

Once the projects had gone south, PsyCorp’s executive became extremely active participants in the preparation of any publications. It included data manipulation, to support the inevitable public demand for transparency.

In the process, Sam’s files and data were requisitioned and changed.

Except, he’d taken copies before handing it over.

Sam had taken copies of the original data sets, the original documentation and evidence, and kept hardcopies in his archive folders. He’d kept electronic copies on a very small, solid state drive, which he kept in a safe deposit box, outside of work.

In this latest email, two months into their email-based relationship Franklin had mentioned an Australian project that involved technology-human integration.

Staring at his screen, Sam wondered how Franklin had heard of the integration project.

That was another project that had gone bad.

PsyCorp was a major investor, but the Australian company Inferno was officially running the experimentation. As investors, PsyCorp would eventually gain the benefit of the project but wouldn’t officially carry any of the risk.

It was recent, too.

Sam cast his eyes at the clock; 16:50. He was supposed to be going out for dinner, but something made him pick up his phone and apologetically cancel due to ‘work’.

He did have information on the integration project.

He also had full copies of all of the datasets that showed just how fucked up the process of integration was; how it caused people to completely shut down and submit.

The big problem that PsyCorp was dealing with was the fact that the Inferno CEO wasn’t aware that the neuroscientist, John, was still one of theirs. He was a PsyCorp man, through and through.

The pattern of the kills showed that John killed some of them—his training was evident; but that someone, or something killed the rest.

The question was why.

Rumour internally was that Inferno’s lady boss was too ambitious for her own good. That they had likely attempted to kill PsyCorp’s man and keep the technology. John had been in touch with Sam’s own bosses, but until he got back to Europe, the picture was going to remain muddy.

The thing about Franklin’s email that made Sam pause was a comment in it that could have been innocent.

Franklin could easily have seen media reports and done some pattern matching of his own.

But that was unlikely.

*Sam, do you have any information about the Inferno integration project run in Australia? I know that PsyCorp was an investor so I imagine that your significant due diligence would have required good documentation about the project— *

It’s true. Even when they delegated out any functionality, any staff that they put into place reported back regularly with complete data sets. Sam had access to hundreds of them. Including Inferno’s data and whatever information had come through from John since The Incident.

*— which no doubt includes recent incidents in which Inferno staff have been involved. I’m sure they were coincidental—

‘Of course you are,’ Sam breathed.

*— but it would plug gaps for my own research in how such a significant organisation as yours handles any incidents that occur during field trials that could potentially affect its ethical standing. If you have any information that might help my research, I’d be immensely appreciative. It will allow me to bring in recent trials and experiments, and to write more knowledgeably about family impact…

Sam sighed, rubbed a hand over his stubbly chin.

The ethical hopscotch that PsyCorp played was a dangerous game. After the last major intervention into a paper that would have brought Sam’s own work to the forefront, and give him some kudos for how difficult matters were handled by tech companies, he realised that the corporation was more interested in its share price than whether what it was doing was above-board.

When he was asked to recategorise data to present a rosy picture of impact, he had asked questions. A lot of questions. So many questions that he was subject to some intense and unpleasant scrutiny. In the end, he complied. But he’d kept copies of the data sets and, after the article was approved, asked for his name to be removed from the paper.

PsyCorp declined. It was essential, his line manager crooned, that he get the recognition he deserved given the effort it had taken.

He badly wanted to give his data to Franklin. To get it off the premises.

If he was busted, he would be killed—he knew that. It wasn’t simply a matter of being charged for industrial espionage and thrown into a jail cell for the rest of his life. There was a reason why omnicorporations like PsyCorp didn’t have whistleblowers: They didn’t survive long enough for anyone to know that there was a whistle.

But Franklin wasn’t a journalist. He was an academic. Anything he published would be peer reviewed, would appear in a verified and influential journal of international renown. It would receive the kind of scrutiny that is impossible in a news splash.

Handing over the information might allow him to work in the knowledge that he was doing good, rather than covering up the horror.

He was fucked either way.

Making a snap decision, he sent an email to Franklin telling him that he thought perhaps they ought to meet in person.

And that’s how Sam came to be waiting on a park bench at the top of Letna Park, which overlooked the river and the Old Town, just like Franklin told him to.

But by 7pm, and with the sun setting, he doubted the man was going to show.

‘Just as well I cancelled my dinner plans,’ Sam said to his smartphone, as he tapped it nervously against his knee. It was already 20 minutes past their arranged time.

Sitting in this beautiful location, in the dusk, having been what he considered to be stood up, Sam started to worry that his worst fears were going to come true. His mind played scenes to him over and over again, of this man ‘Franklin’ having been a plant from PsyCorp, testing Sam’s responses. Since fighting against the unethical data manipulation practices, his bosses had made it extremely clear to him that he had to toe the party line, so to speak. Knowing the way that PsyCorp works to protect its own interests, why wouldn’t they do some mystery shopping of their own?

And then, with Sam demonstrating what they wanted him to demonstrate, why wouldn’t they send an assassin? Great location to off someone: Far enough from regular foot traffic to attract attention, isolated enough to do whatever you need to do.

By the time Franklin emerged from the shadows, Sam was convinced he was going to be killed. He stared dumbly at the outstretched hand, expecting it to grasp him by the throat.

‘I’m Franklin,’ a rich, velvety, broad Aussie voice floated down to Sam from above the meaty hand. ‘You’re Sam?’

It took a moment for Sam to respond.

Startled, Sam smiled nervously. ‘I thought you were going to kill me.’

Franklin laughed, a big, booming laugh that startled the pigeons sitting on a nearby fence. He put his hand back in his pocket.

‘Kill you? I feel like that would really damage my research interests.’ Franklin wrapped his coat around him and sat down next to Sam. ‘Why on earth would you think I was going to kill you?’

Franklin gazed at Sam steadily. ‘Ok. If that’s what you say it is.’

‘Yes, well, anyway. I wanted to meet you in person because I have something that you will find very useful. But I couldn’t give it to you electronically.’ Sam dug around in his pockets, looking for the spare USB to which he’d transferred data about the integration project. He found it in his left pants pocket.

Holding it up, he warned Franklin that if he wanted to use this that there was something else that he had to do.

Sam pulled a folded piece of paper out of his coat pocket. ‘You have to make a hard copy data request in this precise manner. I have hardcopies of papers and datasets that were created before the Pegasus project paper’s data was recategorised and released. If you do this, then the company must release documentation to you, by law. And that request will come to me.’

‘But,’ Sam went on. ‘The data sets will come to you electronically with a statement that there are no documents in any other form.’

A frown crossed Franklin’s face. ‘So what’s the point of the request then?’

Sam smiled, turned to make sure they were alone. He dropped his voice. ‘Because this request forces PsyCorp to release files to you that contain cross-referenced information about even the most recent projects like the one handled by Inferno. Whatever other information I happen to send to you as part of that request might be an accident.’

Franklin sat back and crossed his legs with a grin.

‘Is this a whistleblower date, Sam?’

Sam answered with a sharp nod.

‘Huh,’ Franklin nodded slowly. ‘Ok, deal. I’ll do as you recommend.’ He took the USB stick and the piece of paper and put them away carefully. ‘No wonder you were expecting to be offed.’

Franklin pulled a pack of smokes out of his pants pocket, tapped one out into his left hand, repocketed the fags, and then lit up. Blowing smoke out languidly in the direction opposite to Sam, he pondered whether or not to exchange confidences.

‘You know a lot about the integration project then, Sam?’

Sam shrugged. ‘Enough to know when to keep my mouth shut.’

‘Good.’ Franklin leaned forward. ‘Then before I go, you need to know that Mandy sends her regards.’ He chuckled again, patted Sam on the knee, stood up and started walking off. ‘Thanks mate! I’ll be in touch.’

Whatever he had thought he was getting into, this wasn’t it.