Latest Readings is rather like gaining a succinct and well-reasoned set of book recommendations from a trusted friend. 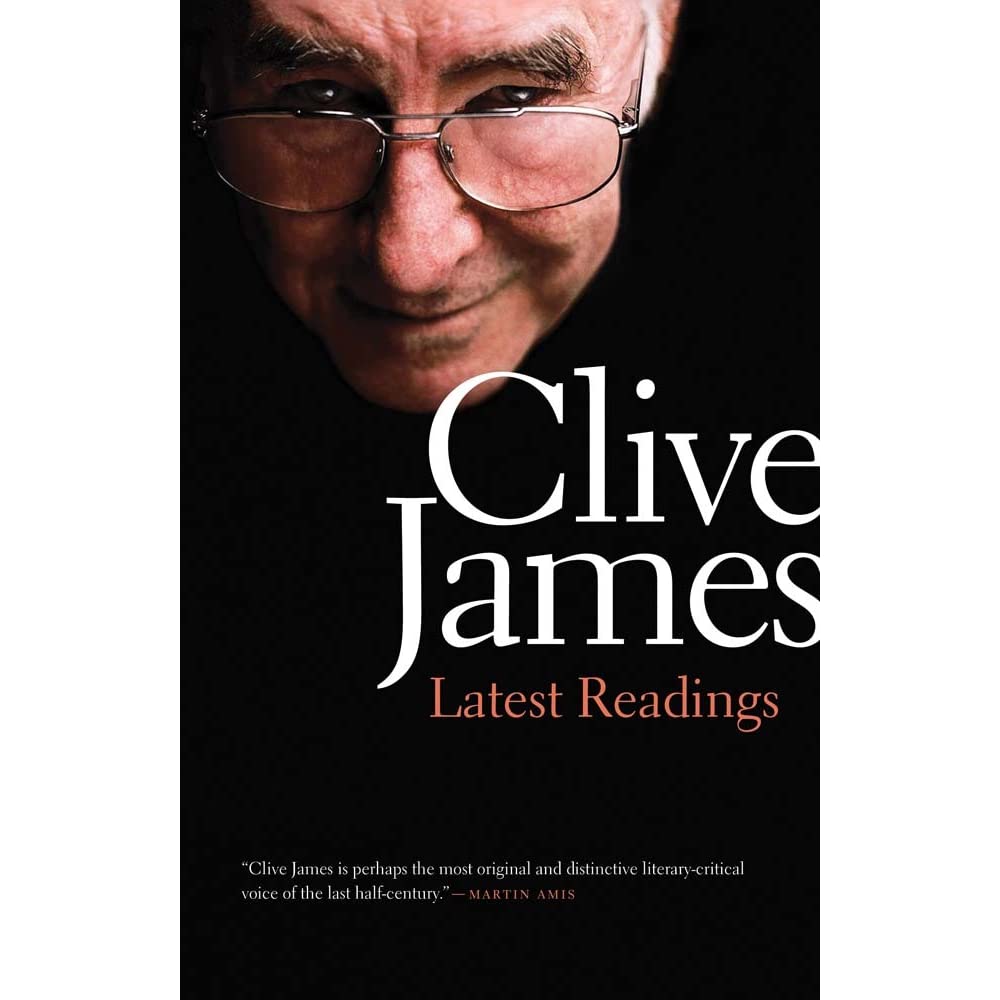 Reading Clive James’s books of criticism is rather like gaining a succinct and well-reasoned set of book recommendations from a trusted friend. The kind of friend who has never given you a bum-steer. Not the kind of friend who bought you The Da Vinci Code in some mistaken belief that the terrible writing was somehow your bag.

Such is his work Latest Readings.

I’m a big fan of James’s work, and like to think that he is one of the stronger influences on my own criticism. And yet, I really haven’t read that much of his material. I might own some collections of criticism, some memoirs, his translation of Dante’s Divine Comedy, and other pieces here and there. But I don’t own his writings on poetry—or his poetry. In fact, the list of what I don’t have is much longer than the list of what I do have.

It was on a sojourn in my local bookshop recently that I picked up Latest Readings.

I wasn’t there to browse, fall in love, and buy. I was there to discuss an order I’d placed, which had turned out to be frightfully expensive. So while I was there, and feeling that peculiar Australianism of not wanting to leave without buying something, I followed my nose, and here we are.

Latest Readings isn’t new. James wrote it when he was sliding into his decline. He was Ambulatory (his word, not mine), and took the opportunity, much encouraged by one of his daughters, to Ambulate to the local secondhand book stalls and shops, buy books, and then Ambulate home again. James died in 2019; between the publication of Latest Readings (2015) and his death, he published six more books. It’s not like his long, slow decline was unproductive.

The book itself is on the cold, glass table adjacent my left elbow. A few days ago, it was a slim, flat volume. Now, it is bent, filled with dog-eared pages, and reluctantly relinquished.

As I remarked to my husband, in between reading out whole sections imagining he cared, Clive James is so eminently quotable.

In discussing the fact that he finds music too interesting to be either soothing or healing: ‘… great music was never designed to be played in the background.’ (Any real music fan knows the same.)

In one of his (many) ponderings about Conrad’s works: ‘…peace is not a principle, it is only a desirable state of affairs, and can’t be obtained without a capacity for violence at least equal to the violence of the threat’.

On reading the works of others, while you are writing: ‘… it is always fatal, I have found, when you have something of your own to write, to get too close to someone else’s music’.

Many of the turned-up page corners are reminders for me to pull quotes out and put them into my own notebooks, where I may re-read and re-ponder them for years to come. Others mark remarkable books that I haven’t read, yet wish to. Still others are simply moments that I wish to re-read before finding a place amongst my own crowded bookshelves.

A life lived among books is something of which I have dreamed, ever since I was a young child. My house is filled with bookcases, but there is never quite enough space.

In Latest Readings, Clive James writes about his own book-buying ban, enforced by his family, who didn’t wish his last dwelling to be turned into a book warehouse like all of his prior residences.

‘Being book crazy is an aspect of love, and therefore scarcely rational at all.’

The book itself is rather like James revisiting all of his favourite niches, haunts, and topics. There are chapters in which the great books about Hitler are discussed; others in which he writes extensively about poetics, or the world’s great authors and literatures, from Hemingway and Conrad to poetry and wit.

Yet it is also somehow Clive James coming to terms with his own decline, finding a new level of appreciation in the beauty and the ugliness of life, its creators, and its creations. It is not apolitical, by any stretch, touching even on that most difficult subject of an artist whose personal life was morally bankrupt, perhaps even disgusting, but who yet created moments of magnificence.

Clive James saw his work as a signpost for those younger than him. His criticism wasn’t something that he did so that he could say that he’d read more books than you. Instead, his approach was entirely to show other people where they can find wondrous books.

Which, darling reader, brings be back to where I started: With the considered recommendations of a reader I trust.

Clive James’s Latest Readings was published by Yale University Press in 2015. You will find it in any good bookshop.