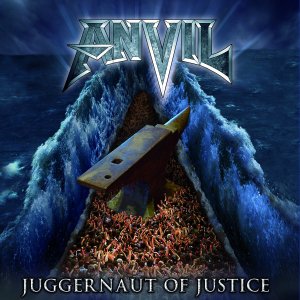 There are few albums that get me so excited ahead of their release that I listen to one track on solid repeat. But the title track of the new ANVIL album, Juggernaut of Justice, has done this to me. It is already a ringtone on my phone, for fuck’s sake.

And so, imagine my glee when I saw that fellow metal press Hellbound Metal (who are Canadian), went to the listening party. These guys posted a track-by-track rundown of the album.

They also stated – much to my happiness, given this is what I thought when I first heard Juggernaut of Justice – that it’s Anvil’s strongest release since Metal on Metal. In fact, Hellbound went so far as to say:

While this was the first listen through I feel pretty comfortable in saying that Juggernaut of Justice is the best album Anvil has made since Metal On Metal. In fact, it may even one day be recognized as their best album ever.

If you’re even slightly an Anvil fan, GO READ THIS NOW. You’ll love it as much as I do.