Do you have goals?

Do you set goals? Do you review them? Goal-setting is an often-talked about “good idea” – so let’s look at what it’s really all about. 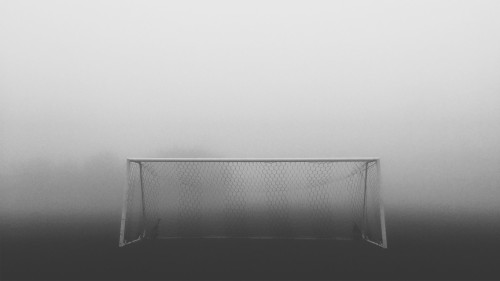 Do you have goals? Do you write them down?

If you write them down, do you review them?

According to the author of Life in half a second, Matt Michalewicz, approximately 1% of people who have goals write them down and review them. If you’re not one of them, it might be worthwhile considering whether that absence is causing your life to drift along, instead of being lived intentionally.

We hear a lot about intentionality; and if you’re an entrepreneur you’ll be sick of hearing the mantra about writing and reviewing your goals. There’s a good reason for it: They shape your life, because they help to direct your conscious and subconscious attention.

In his work Flow, Mihaly Csikszentmihalyi argues that having goals, and the ability to know when a goal is achieved, is integral to achieving a state of flow. You might not know it by this name, but you know the concept. A flow state is when you are totally absorbed in something, when your mental and physical faculties are directed towards the same thing; time will either fly past or stretch out making it feel like you’ve achieved a huge amount in a short time; and you emerge feeling energised, joyful, filled with achievement, or some other, similar, feeling of happiness.

Csikszentmihalyi’s work is pre-internet, but still valuable; it was one of the first serious works on the flow state.

It’s since been referenced by innumerable authors and researchers, who have used the studies behind Flow to further examine this amazing experience of consciousness.

One of them is Greg McKeown, whose writings about Essentialism start from the basis of knowing (a) what you want to achieve, (b) what is important to you, and (c) how you know when you’ve achieved it. McKeown’s argument with these things is so logical it’s hard to cause it to crack. That argument is, without knowing where you’re going, you’re going to fill your life with non-essential things. He argues (and I happen to agree with him) that the non-essential things in your life are what cause you to feel dissatisfied, unhappy, chasing your tail, busy all the time, stressed, and all the rest of it. It’s by virtue of that, that we all need to pursue fewer things.

It’s not hard to see that the majority of how we spend our leisure time – faffing about on social media, endlessly scrolling news feeds, reading negative things, or passively absorbing mass media – fits neatly into the ‘non-essential’ bucket. It’s also not hard to see why giving up some of those things can be so rewarding.

Which brings me back to goals. Most people at the beginning of the year have a set of ‘resolutions’ that they make up on the fly, and which are therefore destined to fail. Goal setting is not seen as a serious activity, but rather something that happens once a year ‘because it’s tradition’. Failure to meet those goals results in people feeling like setting goals is a waste of time.

In reviewing my 2015 goals, of which I had 11, I had achieved four of them. That’s just from one goals list; it doesn’t count all but one of my 12-month goals that were on my vision board for the same period of time. Some of the goals were no longer relevant to my direction, and have been discarded. And some of them were distractions from my personal legend.

This was such a happy surprise. The ones I didn’t achieve were not part of my path, and the ones that I did achieve were. Startlingly so, in some cases.

This is why, in writing 2016’s goals, I felt much more focused. Some of the goals were omitted, others were added, still others were scaled back. But the difference is that when I wrote out my goals this year every single one of them gave me a jolt of excitement.

The first time you write out 12 month, 5 year, 10 year, and lifetime goals it’s all guesswork. You’re not sure where you’re going. You include things that are hangovers from other people’s expectations. You’re guessing about what is achievable, what is realistic, what is a realistic stretch.

The second time you do it, you’re much more focused. You know what didn’t work and why. You understand with greater clarity what is achievable, what is realistic, what is a realistic stretch. And you probably include more of yourself in your list.

If you take up just one challenge this year, write out your goals. Do it right now if the very idea scares you! The challenge of doing it – even if you never review it until the year is out – is so rewarding.

Let me know how you go with your list – and feel free to share what’s on it, if you need someone to help you stay accountable.