No, bushfires are not a result of climate change. They are a result of ignition, and many fires in the current season are thanks to arson. 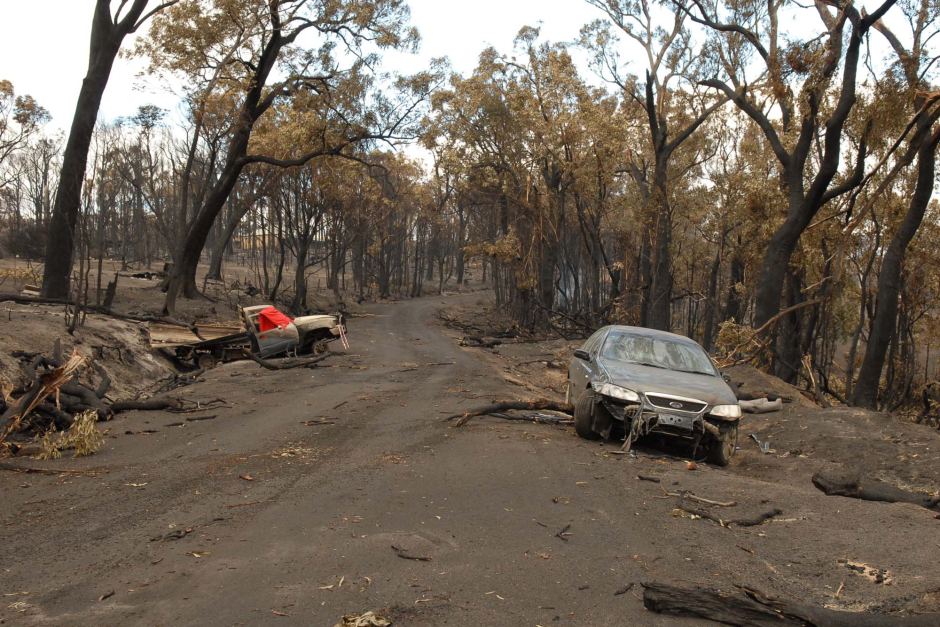 This post is going to make everyone who has been brain washed with climate change narratives angry. That’s ok with me. If you are one of them, I don’t care if you heap vitriol on me, throw death-threats, discontinue your friendship, or seek to tarnish my name in whatever way you can: You’re not the first, and I don’t care. It says more about you than me.

Ok, that out of the way, on with the show.

About a month ago, I commented to a good friend that Australian fires don’t burn for three months. In 2009, which were the fastest, most intense, and most damaging fires Australians have ever faced, the fires burned through rugged scrub and were put out within 5 weeks.

What, then, causes fires to persist for 12 weeks or longer?

In some cases, lightning. Fair enough.

Other than that, then beyond fuel load it’s either a failure to extinguish (for whatever reason: Resources, water, foam, people, skills), or people keeping them lit.

It seemed almost absurd at the time when I started talking about it to people, but then yesterday, I was at least partly validated:

The media calls the arsonists “firebugs”.

No, sorry: A ‘firebug’ is a kid who is fascinated by fire and pokes sticks at it.

An arsonist is someone who deliberately lights a bushfire in catastrophic conditions. It is a criminal act, not a moment of fascination.

Arsonist. noun.
Someone who maliciously sets fire to someone else’s property, or to one’s own property, for illegal purposes.

It’s not for me to cast aspersions on anybody; but I will go out on my soapbox and state that if you light a fire, in scrub or bushland, in catastrophic fire conditions, you are a cunt.

Plain and simple. You’re a cunt.

You ought to feel the full weight of the law regardless of your age. I don’t care if you’re 8 years old, if you’re an Australian, you know better. And if you don’t know better, then you’re a danger to Australian society and my feelings about legal repercussions stand.

What the situation is not is climate change.

Today (that’s right, 7 Jan, a full day after the statement by the NSW Police), the Australian Financial Review published this:

The key points from this article are:

In fact, Russell Crowe stated: ‘Make no mistake, the tragedy unfolding in Australia is climate change-based’.

It is not true.

Fires are burning because the fires were lit. And continued to be lit. If they didn’t continue to be lit, then they would have either burned themselves out or have been put out. It sometimes takes a long time for fires to burn themselves out, but it happens eventually.

Bushfires are common as muck in Australia, a land which was always (prior to whitefella anyway) managed by different types of fire. We have plants that never seed, never flower, never poke their heads up, unless fire goes through the landscape.

In fact, there are approximately 54,000 bushfires in Australia every year. At least half of them are deliberately lit or suspicious.

A changing climate doesn’t light fires. Fires must be ignited by some force: Lightning, decomposition, or sparks. Decomposition is unlikely in the peak of summer, unless you’re talking about big hay sheds (which occasionally happens due to poor storage). Lightning is reasonably common.

I have even driven behind cars that for some reason, like a dragging tailpipe, threw sparks into long grass, and started fires. It’s not arson, but at the peak of summer it’s the kind of carelessness that may get you arrested. (With reason!)

Arson is one of the very small numbers of causes of bushfire in Australia.

None of these people is a ‘Climate Change’. They’re just cunts, taking advantage of disastrous conditions because they’re abnormal.

The reporting of Australia’s 2019-20 fires is also different from reporting in other years. For some reason, this year the media is reporting all fires in aggregate, perhaps because of references like this (below). The image was sent to me; it looks like Wikipedia, wouldn’t you say? In any case, it’s an incomplete table.

My take on this is that the climate change patterning is not just groupthink but propaganda. I will go into more detail about this in subsequent articles, as I begin to explain how this works. It’s not for today, however.

After a series of broadscale disasters like this, Australians will demand some kind of action. What they don’t realise is that the action will come down to them in the form of taxes and (even more) rules.

The celebrity whip-around on the band-wagon is deliberate and by design, in order to make the ‘climate change’ narrative even more dire. It’s designed to cause people to demand action. Which they are: You see it on Twitter almost every hour.

Yet it is in direct and complete contradiction to the root cause of the fires, which is arson.

No wonder I started getting messages from people in Canada who were concerned that every inch of the nation was aflame.

Seriously: Get a grip.

Yes, fire is an element in Australia.

Yes, I have had my fair share of close family members in the CFA fighting some of Australia’s worst fires.

Yes, the smoke is ghastly; and in fact I aborted a long drive to see my family today because of the air quality where they live.

But I’m also a realist. I’m not going to go so far as to state that the fires are a false flag, but if you are more of a tin-hat wearer than me, go for it: It isn’t a big leap. It is paranoid, however.

If you’ve gotten to the end of this page, then congratulations. You might be interested in watching The Great Climate Change Swindle or reading The Manufacturing of Greta Thunberg: For consent.

To better understand how I unpack media and groupthink, keep an eye out for the next edition of What’s my programming?.