So who is this Billie Eilish?

Eilish is the most authentic artist to have hit the big-time in more than 20 years. 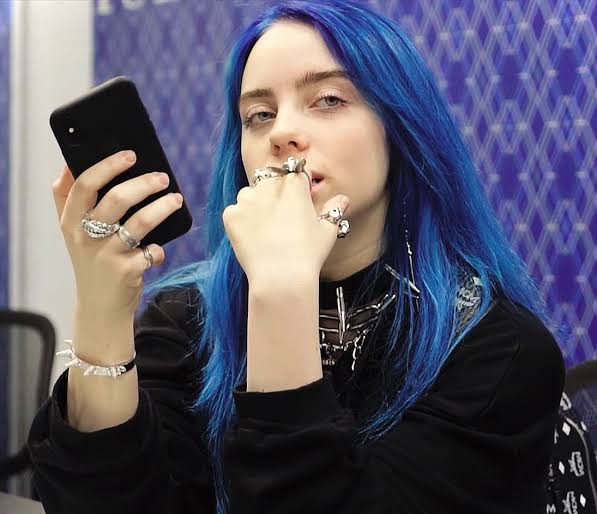 Billie Eilish is the most authentic artist to have hit the big-time in more than 20 years.

I’ll admit, I’m late to the Eilish bandwagon. That’s unsurprising: I’m almost 40, and the kids who love Eilish are aged 13 to 17. I don’t remember where I first heard about this precocious kid and her brother, but it was somewhere online. Then my sister-in-law’s stepdaughter asked for Eilish for Christmas.

When my husband ordered the album, he said to me, ‘Who is this Billie Eeelish? I’d be happier giving Chloe a black metal album, she looks evil.’

Fair call. This is the cover of Eilish’s release:

This is a clip from her track Bad Guy:

And if you’re into symbolism, or have gone anywhere near the illuminati rabbithole, you’d likely think the same thing.

My claim right at the top of this piece is a big claim. Especially for someone who never listens to pop, has never been interested in pop, and for whom the closest has been Bjork (and that back in 1993 when she was just a weirdo, introduced to me by a flamboyantly gay friend who thought she was amazing).

Maybe, Leticia, you just like weirdos, you might be thinking. You are right! We are the weirdos, mister.

So here’s how I came to understand Eilish as this mythical, most-authentic artist to come along in who-knows-how-long:

I spent time this week inside her music. I watched loads of her interviews. I’ve listened to her talk about herself and her music, about art, about fame, about production. I’ve watched clips of Eilish over and over again.

You can feel how present Billie Eilish is when she is in conversation.

While you can get all kinds of fluffy and crazy about that, she’s right there. You can say the same thing about her art, because she approaches it not from the perspective of what’s going to fly but what do I love.

Eilish is in a generation for whom genre is not-quite-but-almost meaningless. It gives her an unbounded freedom to do whatever lights her up.

There are some really important points to understand about such a mega-famous, teenaged star in 2020:

That’s not to say that Eilish is rubbing up against those four points consciously; far from it.

What she is, is a real person.

For example, Eilish and brother Finneas made conscious decisions not to pitch-shift vocals unless it’s done for a definite artistic reason. And in an interview with KROQ, Eilish went on at length about why it’s important for her to be real to her fans. The too-long, didn’t-listen of that is that it’s because she’s a peer. It’s not about being someone who is on another level, inaccessible or expensive or out of reach.

Which is why, for example, it drives me insane that so-called music journalists ask the same, boring, tired, and obvious question, pretending to be surprised that Billie Eilish still lives at home.

Of course she fucking lives at home, in a relatively small space which is unpretentious. Where do you think she’d be living, in some mansion somewhere simply because she’s a mega popular? Get a grip.

Now my point about being around cameras 24/7 is important when you watch Billie in front of them. It’s not that she ignores them; it’s that they’re just part of the environment. For TV shows with audiences, she almost naturally puts herself into position with the audience.

She also gives 100% of her attention to whoever is in front of her. It doesn’t matter if that person is Jay Leno, or Ellen Degeneres, or her mum, Eilish is the same person.

I’ve seen and heard people talk about how “amazing” it is that Eilish is unafraid to be herself.

Well, sure. But you say that because literally every other artist you’ve ever seen has been plasticised. They’re holding up an image that isn’t theirs. They’re painted, and coiffed, and inside lives that are highly abnormal and, often, have always been highly abnormal.

Billie Eilish lives and travels with her entire family. She was homeschooled, so that’s not unusual. She works with her brother, which is what she’s always done. She is in control of her own media and music.

Her life is as normal to her as it always has been. Well, as normal as it can be when you’re touring and working hard and can’t go shopping without being mobbed.

[Cue two hours trying to dig up the interview so I can prove it… and failing. LOL]

Anyway – I watched one interview with Eilish just yesterday, in which she was talking about making music to please only herself, that art is art so just do whatever the fuck makes you happy. It’s not for no reason that people my age tend to compare her with Bjork when they talk about her. Though to be honest, I think Amanda Palmer is a better comparison.

Eilish was an ‘accidental’ mega star, which is where all the stories about her begin.

But here’s the thing that sets her apart.

And, yes, look, I realise it’s a mannerism of that generation. But she’s unafraid to give someone a meaningful compliment; she’s got no bones about interrupting a journalist to throw questions back at them; she is unabashedly herself, whether that’s being overwhelmed after the Grammies or teasing James Cordon with her pet spider.

Billie Joe Armstrong, of Green Day fame, said to Eilish in a Rolling Stone interview that her music sounds like freedom.

It does. Because her heart is inside it.

And that’s more than you can say for so many artists over the past 20 years who are trying to be that famous cool guy; to be more than their parents were; to keep the tabloids happy; who are jaded or just trying please the legions of fans.