If you are blocked, this post will get you past it. And if it doesn’t, then the only thing left is therapy. 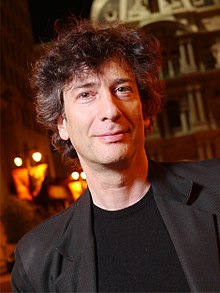 Writer’s Block is something that paralyses many people. In this post, I share a video that a supervisor of PhD students produced on the topic, and I expand it with some tips of my own that she missed.

Before you get into this post, though, I want to say something about writers’ block.

When it isn’t fear, it’s because of waiting for inspiration.

If this is you, please take this on board: The muse will visit you when she knows she’ll be welcome. That means, you have to be working. Inspiration comes to you when you’re working; that’s why writing the same word over and over and over again (sometimes for an hour) is the only way to unblock the flow.

As a professional writer, I simply can’t afford to be blocked. And as a result, I am never blocked. I have learned to overcome my procrastination (which is often what being blocked is all about), and that was sometimes a struggle. But even that can be overcome: I have a strategy further down that will help you with that.

Writing this article is something that I never thought I would do. But then I saw this video by vlogger Tara Brabazon, and wanted to add my own two cents:

Brabazon’s audience is the higher degree by research student audience. They’re facing epic research, the first long-form work they’ve ever written, and are probably filled with angst about achieving a good result (because of what they want to do in life).

Nevertheless it’s a fascinating 28 minutes if you’ve got this problem, too. Brabazon approaches it as an academic would: Through research.

Curiously, there are four things about writer’s block that she didn’t mention, which are immensely helpful to me as a writer.

You are likely here because you are “suffering” from writer’s block. So, first, watch the video above. Then keep reading: Below are tools that I know really work (because I use them myself).

Human psychology is a crazy thing. If you create a physical space, and you dedicate it to a specific thing, then as soon as you get into that space your body, mind, and soul knows that it is here to do that thing.

This is why people create sacred spaces, places for altars, places to meditate. It’s why they go to church. It’s why, when you go to the gym you don’t think about getting started, you just do your thing, but you never do that by yourself at home. And it’s also why some people simply ‘can’t work’ in their own houses but need to be in a ‘workplace’ (hence coworking).

A couple of years ago, I read (or perhaps listened) to an interview with Neil Gaiman about how he writes with a fountain pen. Somewhere in that interview, he said that when he writes he gives himself permission to not work, but not to do anything else.

It was like a lightbulb went off in my head. That quote is now above my own space:

You have permission to not write.

But you don’t have permission to do anything else.

2. If your mind won’t move, move your body

This sounds like a trope, but it is fundamental to creative work.

Writing is intellectual work. Balancing it with physical work is not optional: It’s a requirement.

If you don’t buddy up your intellectual work with physical work, you will gradually become half a person. Your arse will become the shape of an office worker’s arse, and you will end up in pain.

This is 100% of the reason why I tell aspiring writers not to work as writers. Get a job in a bar, in a plant nursery, as a labourer, as anything that isn’t even close to writing. Then, use all of your overflowing intellectual energy as the drive to do your best work.

Seriously, if I had my life over again, this is what I would do.

If you’re not lucky enough to have physical work, there is an alternative, and it’s as simple as finding yourself something physical to do instead.

One of my mentors walks 10 miles every single day, and the action spawns so many ideas that he records them in audio or video so they don’t get lost.

Alternatively, dig in your garden, sew something, make something with your hands.

Go to the gym. Ride a bike. Sweat like a motherfucker.

Whatever it is, do something that is more about taking physical action than writing.

This leads me to the next point, which is…

3. Accept it and change your language

Sometimes there are days in which I can’t reach. It’s not that I’m ‘blocked’, but something else is going on and I am not being productive. Most of the time, that’s because of one of the following:

Most of the time, it’s No. 2. That doesn’t mean that I have writer’s block; it means that I have a preference for something else.

The thing is, unless you’re under a hard deadline, it’s ok to follow your muse and explore an idea, to journal your way through your story, to watch that film that you think is relevant to your work, or to work on that other sexy thing you started last week.

Sometimes you have to accept it. I find that accepting it is more successful than fighting it.

Now, if you’re under a hard deadline, be careful about this because it might be procrastination. And if it is procrastination, I want you to know that the heart of procrastination is fear. Therefore, pick up a pen (yes, you, right now!) and write this on a piece of paper: ‘What am I afraid of?’…. and then answer the question.

Do that, and the procrastination will disappear like fog in the morning sun.

4. Always finish on a good rep

There’s a saying that you should always finish on a good rep. It comes from weight lifting: End when you’ve hit your reps and done it well, and still feel good. Don’t push yourself past it, because you’ll feel sad and you won’t want to go back.

Here’s the key part of that: You won’t want to go back.

Translated to writing, this means that once you do get started, just when you’re in the middle of that part where the flow is amazing, things feel good, and you’re excited, stop.

You think starting to write is hard? Man, you haven’t tried to stop when you’re in the flow.

For me it’s exactly like feeling an orgasm rumbling towards me, and suddenly being interrupted, left alone, or – hell, I dunno. Stopped. LOL

But the payoff is immense!

What happens when you practise stopping on a good rep is that next time you go to the work, you don’t have any barriers. None. Your brain is already fired up. You don’t have to get into the zone, because your body and mind remember being in that zone. You don’t even have to remember what you were writing! It just happens. It’s like your Inner Writer is fighting to go back to it.

Stopping on a good rep has some rules. Here they are:

Writer’s Block is nearly always imaginary, caused by other things. To surmount it, follow Tara Brabazon’s advice wherever it resonates with you. But beyond that, learn to identify your fear, create a space that is only for the activity of writing, change your language!, and always finish on a good rep.

If you do these things, then I promise you that your block will dissipate like a bad dream, never to be seen again.