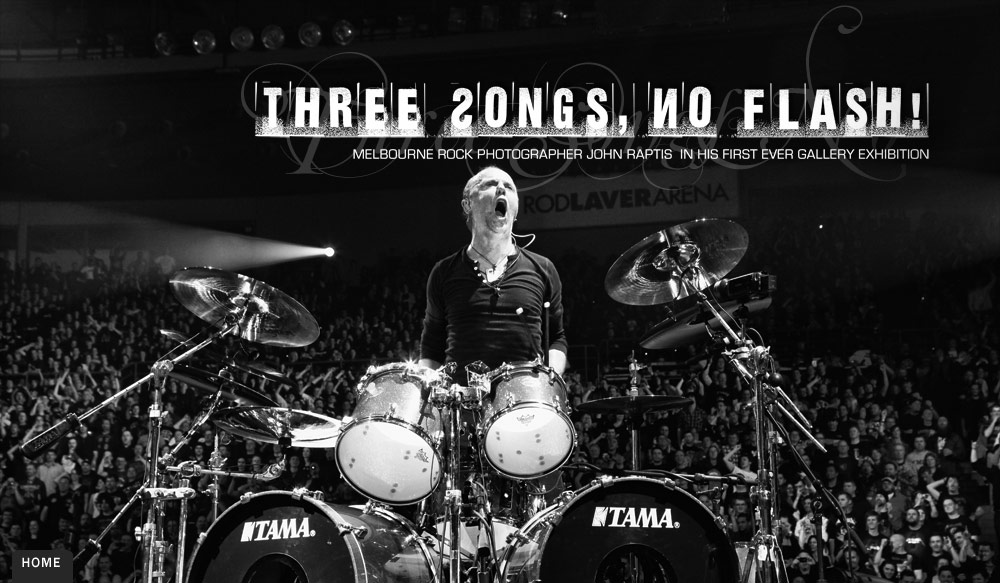 One of my photographers, and arguably one of the absolute best I’ve had the pleasure to work with, John Raptis, is holding his first ever rock and metal photography exhibition in 2011.

Titled Three Songs, No Flash, in homage to the strict rules that rock photographers work under at shows (where they are only allowed to shoot the first three songs, and aren’t allowed to use a flash on their cameras), the exhibition will be entirely in black and white.

While the date and venue aren’t set yet, you can keep track of what’s going on with Three Songs, No Flash at its official website. You can also follow John on Twitter @Hellblazer.

See more of John’s work at: Dogmatic and Metal as Fuck.