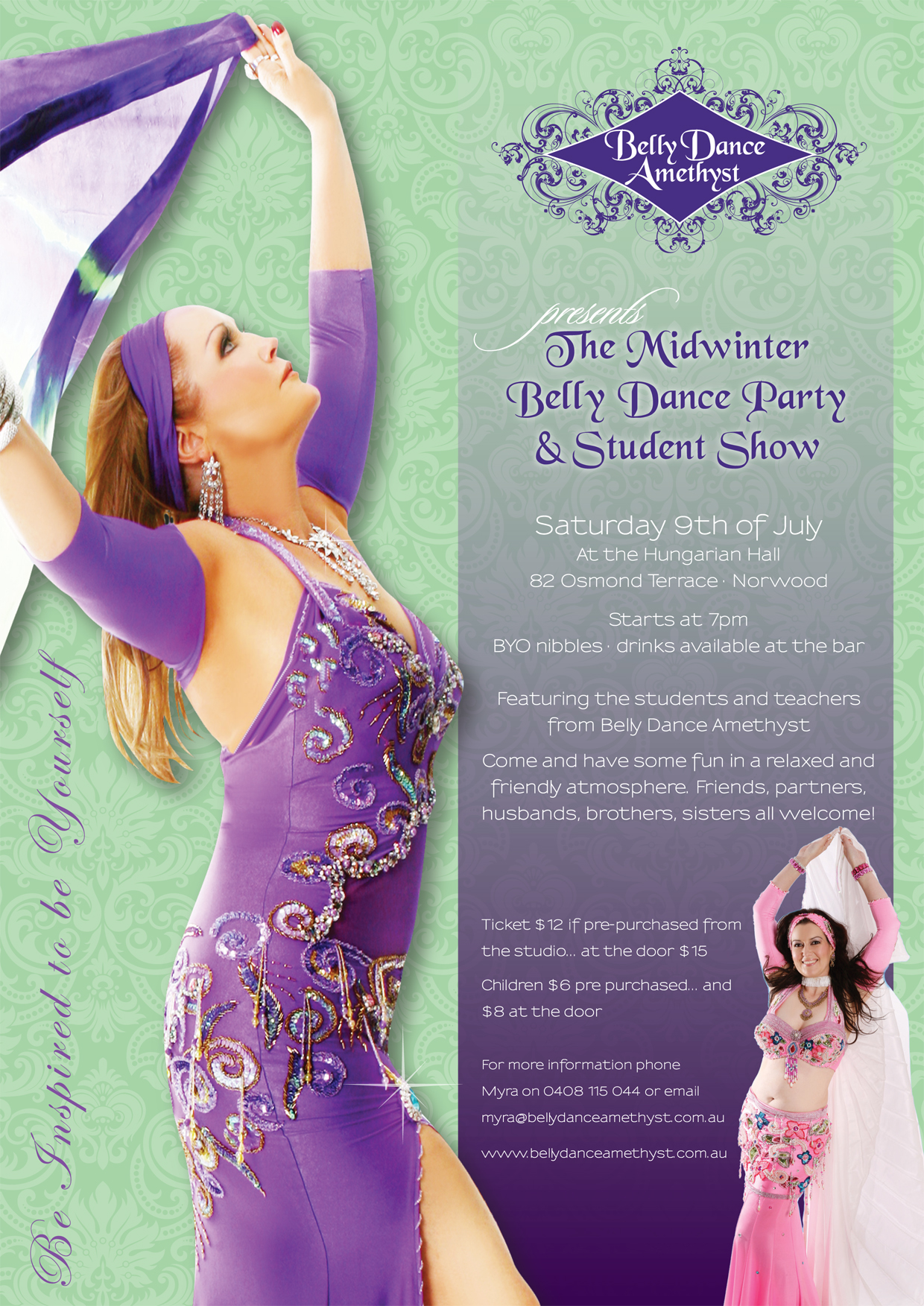 This year I got back into dancing; what a turn! (Pardon the pun.) 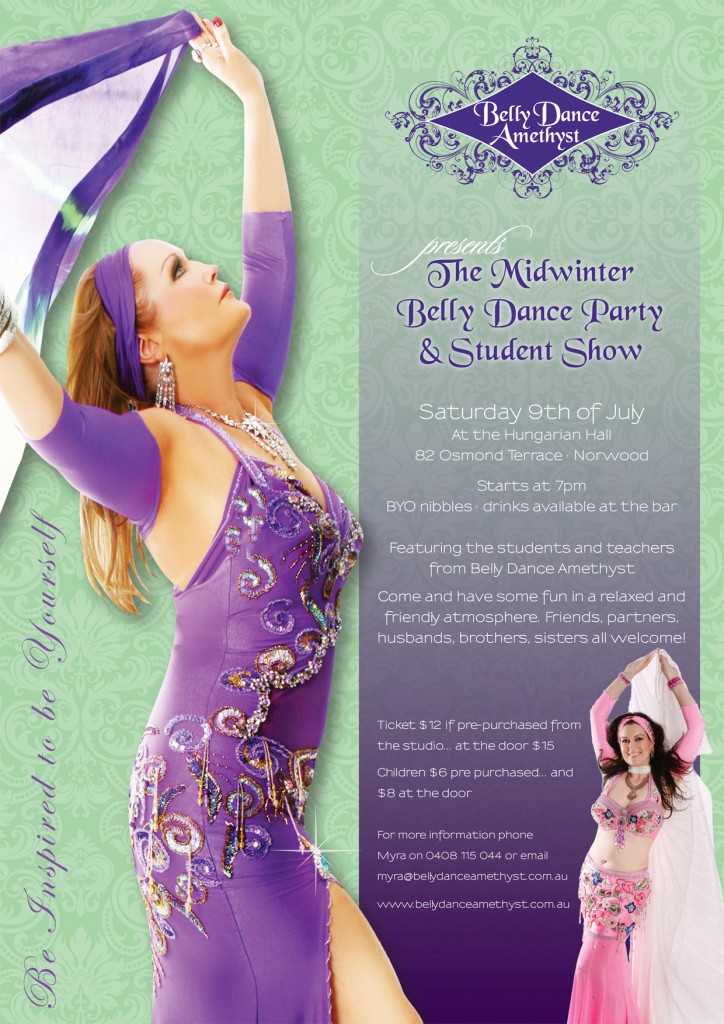 Well actually it was last year. My mate, Sahara Adria (her dancer name, not her real name – see her at the bottom of this page) had badgered me for ages to sign up at the studio where she dances, Bellydance Amethyst. After about a year of this prodding, I did – and did one term of beginners’ dance in the second half of 2010. This year I’ve launched back into it, rekindling my love of movement.

It’s not the first time I’ve danced. I studied classical ballet for a few years, starting at the very tender age of two. Then after a break, we got a new dance teacher in my town, so I got into jazz ballet at the age of 9, and ditched it in a fit of … something… after about two years. Then I didn’t start dancing again until I was 30. That’s a break of something like 20 years!

I did do other stuff that was similar in between. I studied Zen Do Kai for a couple of years, then Muay Thai (yep, black singlet attained at age 16! Go me!). Then absolutely nothing til I was about 25 and found a love for Qi Gong.

Now I’m an almost-intermediate-level bellydancer. My first performance is coming up at the end of term hafla in about three weeks. Nervous much?!

While I pick up movements and sequences easily – it’s always easy if you have rhythm and feel music properly – the thing I’ve found the most difficult to relearn is effectively remembering choreographies. For weeks I’ve been bumbling around the loungeroom at home, piece of paper in hand, getting more and more irritated with myself.

Then this morning (having scored a disc of the music at class on Monday night) I hit on the fantastic idea of dubbing the movements over the music at the right times. This worked a treat! I practised for half an hour before getting ready for work, using this method, and it started to (finally) make sense. And during smoko I nailed the timing of a particularly difficult movement that I had hitherto merely fucked up. Yes, Leticia, counting helps.

So, having absolutely nothing to do at work, thanks to an IT failure from last week that is hanging over my head, I put on the music and tried to visualise the choreography. (I have a print-out next to me to cheat with, if I’m going to be honest.) But the important thing is that I am finally starting to hear the cues in the music.

Once you hear the cues, the sequences just fall into place. Next term, doing two intermediate classes, this is the method that is going to work magic for me. Overdub, practise, visualise, practise. Rinse and repeat.

With three weeks to go until I have to do this thing in front of people for the first time, I should be able to do it without screwing up. And if I can add a couple of advanced flourishes to the end, which I have been told to do, it will look ace. Well, such is my plan. Let’s hope it works.