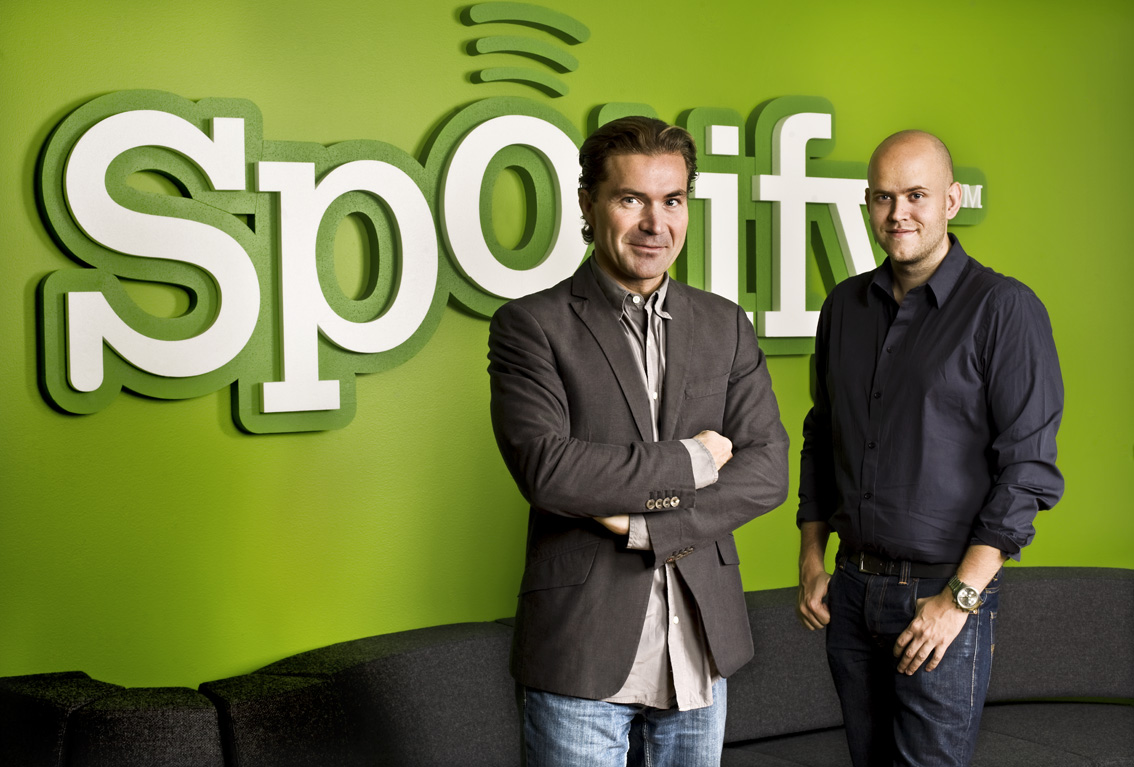 Spotify launch in the US, Street Press Australia have a job opening, Creem set to make a comeback, and much more.

Spotify expand outside of Europe… to the US

If you’re stuck on Last.FM and have your head buried in the sand, it’s likely you’ve not heard of Spotify. But it is actually the world’s largest music subscription site.

Despite its size, and its growth throughout Europe, Spotify doesn’t turn a profit. Which ought to surprise nobody – especially not me!

But, its move into the US is being cautiously regarded as a good move. It makes the move with deals with the four major labels.

OK, so they are wrong when it comes to spelling ‘favourite’ and ‘doughnut’. But they know a great music service when they see it.

Spotify was launched in Sweden in 2008 by Daniel Ek and Martin Lorentzon, out of a desire to develop a better, more convenient and legal alternative to music piracy. Spotify is now the second single largest source of digital music revenue for labels in Europe (IFPI, April 2011), making sure that artists get a fair deal.

Spotify has more than 10 million registered users and more than 1.6 million paying subscribers across 7 countries in Europe; the US marks the 8th territory. With a ratio of well over 15% paying subscribers to active free users, Spotify is the largest and fastest growing service of its kind.

For more of an analysis, and further links to other sites, hit up this article.

Street Press Australia want an Advertising Media Sales Exec. Is it you?

If you have strong experience in sales and media, this might be a great role for you. Especially if you dig what SPA does. And it pays about $70k, which is nothing to sneeze at. Here’s the original advert:

The role involves managing a large number of clients – ongoing and new – and finding solutions to meet their ever-changing requirements. This will involve a considerable amount of phone sales, as clients are based around Australia, to maintain and enhance relationships.

Duties include:
• Increasing revenue and achieve sales targets through the sale of print and other media to support the achievement of the company’s business objectives.
• Finding new leads and exhausting existing ones.
• Updating and maintaining sales databases.
• Conducting competitor analysis and research to design appropriate business proposals.
• Attending client and industry functions to identify new business opportunities.
• Liaising with Sales Director to develop strategies to attract new business.
• Responding to clients’ needs in a manner that adds value and generates satisfaction.
• Actively listening and following through on commitments to clients.
• Developing and maintaining productive internal and external relationships to achieve objectives.

The successful applicant will be selling advertising and sponsorship packages to clients across the print and digital assets. They will:

• Have print and digital media sales experience.
• Strive to meet or exceed standards of excellence.
• Have the ability to build and maintain rapport with clients.
• Have professional presentation.
• Have a high level of both written and verbal communication skills.
• Have excellent time management skills.
• Have great experience in a Sales role with a proven track record for success.
• Strong MS Office skills including Outlook, Word, Excel and PowerPoint.

The role has generous salary plus super, OTE $70k uncapped and work in a great environment (a church, no less).

The iconic music magazine Creem, which produced its last print magazine in 1988, is set to hit the presses again.

The magazines will be limited to 200,000 copies or less. And it’s being produced because, as the Chairman of Creem Enterprises stated, there’s a lot of music, and not much curatorship. Hear, hear!

According to MSNC’s Today, Board Chairman of Creem Enterprises Inc, Jason Turner said, “We just feel the timing is now. There’s so much amazing music happening today but there’s no filter, no curation happening. We think Creem is a great brand to do this under.”

Creem has previously tried to revive itself in 1990 and then again in 2000 after the Almost Famous film featured Bangs and Creem, although it didn’t catch on either time.

The limited edition print magazines will be in runs of 150,000 to 200,000 copies and directed at the “built in audience”, while the web functions will be driving new readers. “To bring that demographic down and bring it back to that music culture we feel is missing or diluted,” Turner said.

Exciting times. I’m looking forward to hearing what the financials of this are going to look like!

Australia’s free-to-air music TV is a bit of a black hole.

After the long-standing free-to-air TV show Video Hits was axed recently, rumours (or wishful thinking) abounded about the ABC’s show Recovery making a comeback. I myself kind of hoped it would, having spent a vast number of hours hungover as a teenager, vegging out with friends in pjs, flopped in front of Recovery. Not to mention that Dylan was a bit of a stylish fox and a vast number of ladies (who were, like, 16 at the most) drooled over him. Recovery hit the spot at the time, and it was great to stay up all night watching random shit on Rage, and then morph into the fun of Recovery.

But a revival ain’t going to happen.

Here’s a snippet from this intelligent article posted recently in Your Daily SPA:

Maybe that’s right. But that’s why Recovery worked so well. It was unpredictable and looked slap-dash and we loved it. I suppose all those kids nowadays are just gonna miss out.

I’m not going to rewrite what was already done so well over here. I’m just reposting it.

Organisers of the Australian Music Prize have issued an open letter to the industry today, asking for people to apply to the judging panel. Elsewhere, the Vanda & Young songwriting comp announced its finalists.

The competition’s seventh event will be launched “very soon” and organisers are currently working on the judging panel in the lead-up to the launch. The make-up of the judging panel has always been an area of contention, with some criticising the lack of hip hop/metal/punk in last year’s shortlist.

Today’s letter read, “The judging system, including the members of the panel, is of the utmost importance to longevity of The Amp so we take great care of it. We are happy with the system (although we are always tweaking here and there) and every year we will continue to re-fresh the panel by changing approx 25 percent of its members.”

To be eligible to apply to the panel you have to be a previously shortlisted artist, a buyer for a retail store/chain of stores, a music critic or an established musician. Whichever it is, you need to be listening to new release CDs on a weekly basis.

Critics, eh? Well, as a critic and founder of a rock mag, maybe I ought to apply…