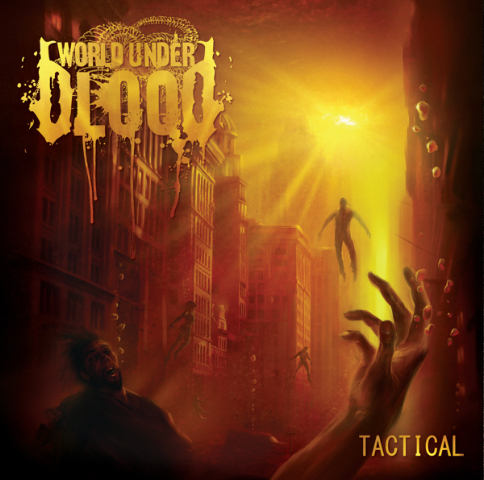 Today I have streaming music for you, for a change! 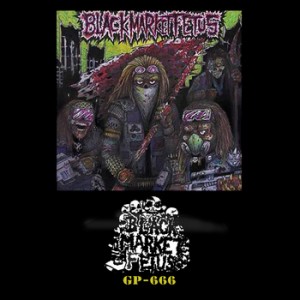 I’m actually playing this as I write.  From Give Praise Records:

Also – We are working on a new Discography Cassette from grind masters BLACK MARKET FETUS – They have done work with Six Weeks, First Blood Family, and more – They have toured all over the place and done a ton of 7″s – this collects the 7″s! We are streaming this sucker for free!

And how! Go get your fill of this grindy goodness over at the Give Praise Records Bandcamp page.

Give Praise Records are also to release two more albums next week.  These are THE AFTERNOON GENTLEMEN’s Pissedography CD, and the SOIL OF IGNORANCE / WADGE split 7″.

Florida-based Greyhaze Records this week confirms August 16th as the official release date for Brazilian grind outfit DESALMADO‘s Hereditas EP! Bearing six scorching tracks of the band’s rage-fueled, metallic grindcore in only 15 minutes, this potent mini-release will be made available as a 10″ vinyl EP as well as digital download.

“To see this EP get a proper and official release is really a highlight for us as a band. We recorded it 4 years ago and it is finally getting the attention it deserves. To see it in vinyl makes it all the more special! We’re looking forward to the release.”

Hereditas is a precursor for DESALMADO‘s nearly-completed debut full-length, which is being produced by Jean Dolabella of Sepultura, also set for release via Greyhaze Records later this year. More info on the upcoming release will be announced in the sweltering weeks ahead.

Based in São Paulo, Brazil, the act now known as DESALMADO already made quite a name for themselves throughout South America over recent years under the name El Fuego. After some revamping, the band are at their finest hour to date with the current lineup, actively devastating live audiences throughout Brazil and writing plenty of material. DESALMADO‘s crushing socio-political attack surges with stripped-down death metal strength, resulting in brutal, modern grindcore fans of Napalm Death, Kill The Client and Brujeria will not want to miss.

And, trust me, it’s a killer release. I’ll be reviewing it here soon.

Here’s the preview for you!

And this is it: 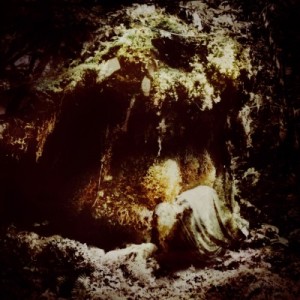 The cover art for Celestial Lineage was created by photographic artist Alison Scarpulla, and the package designed by Aaron Turner (Isis, Twilight, Hydra Head Records). The beautiful, organic layout puts the albumconceptually right in line with the band’s previous Two Hunters and Black Cascade releases, and fittingly completes this triad of releases from the band.

In celebration of the new album, WOLVES IN THE THRONE ROOM will take to the road throughout North America in several waves to kick off the touring cycle in support of Celestial Lineage. With very D.I.Y. ethics fueling the tour dates, the horde will perform in many wooded locations and smaller, off-beat venues along the way. Some of these specific locations for the shows won’t be announced until just days before some of the shows, where fans are urged to reference WITTR‘s official website for exact show locations and/or directions. More dates are being added and additional tours will follow, but at press time the confirmed routing is posted below.

OAKLAND, CA – West Coast extreme metal act, ALL SHALL PERISH, has uploaded some behind-the-scenes footage from the band’s recent music video shoot for the track, “There Is Nothing Left,” to YouTube. Here it is! :

KVELERTAK to release strictly limited deluxe edition of their debut

After what can only be described as an amazing year, Kvelertak will release a strictly limited deluxe-edition of their critically acclaimed self-titled debut album.

The deluxe-edition will be released 23.09.2011 in Europe and 27.09.2011 rest of the world. The album will be presented in a CD+DVD 8 page Digipack with the original album + six extra tracks (“BBC Sessions 2010” 4 track live recordings from Radio 1 Rock Show  + two previously unreleased demos), DVD includes 8 Videos (Music videos Mjød + Behind the Scenes, Blodtørst, Ordsmedar av Rang),

“We are pretty stoked about doing a Deluxe edition of the album, we never in a million years thought we would be that kind of band! I hate when bands try to rip off their fans with new versions of the album, so we made sure it actually has some pretty cool content on there, like never before seen live footage and a brand new music video for Blodtørst. We also finally get to show you the BBC sessions, that was recorded live and mixed then and there, stripping us down to the bare bone, without all the studio trickery. Also stoked about working with John again for this, and that we get the chance to finalize the artwork the way it was originally intended.”

SPECS of the deluxe release:

Kvelertak will embark on a headliner tour in Europe starting in November with supporting acts Toxic Holocaust, Trap Them & Wolves Like Us. 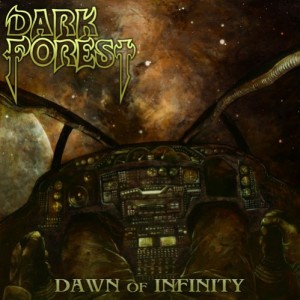 DARK FOREST have completed the recordings for their Cruz Del Sur’s debut album Dawn Of Infinity. The band has also revealed the cover artwork (above). The album will be officially released in October 2011, satisfying all the fans of true, fist-in-the-air, NWOBHM inspired heavy metal.

A song preview of the track “Lightyears On” is available on streaming on Cruz Del Sur’s Facebook page, click here to listen and judge by yourself if DARK FOREST are the band you were waiting for, and craving, while thumbing trough those Angel Witch and Isen Thorr original Lps in your record collection… Cruz Del Sur is sure they will be able to win a spot in your hardened metal heart. 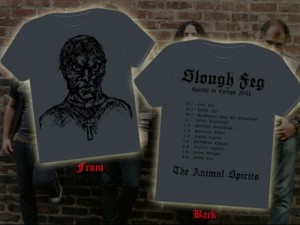 The exclusive SLOUGH FEG European Tour 2011 T-shirt is available on the Cruz Del Sur online store, besides of course being sold directly by the band at the shows. If you know you won’t make it, do not waste the chance to own a rare, extremely limited run t-shirt in anthracite color heavyweight cotton shirt with the black priest printing on front, and the dates on the back.

Also back by popular demand is the classic “Atavism” caveman artwork shirt, one of the favourite and best selling SLOUGH FEG shirts so far. CRUZ DEL SUR has repressed a limited run of those exclusively for the upcoming European tour.

GET THESE SHIRTS HERE!