Studies in Criticism… or books versus trade 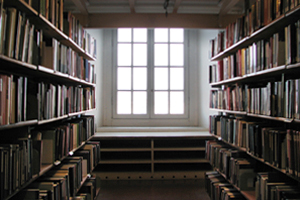 This essay looks at whether book learning or trade learning is better for a critic. Actually, it turns out that neither of the two is what makes a critic great.

When I was an undergraduate at uni, from 1999 until 2002, editing and professional writing was fairly well at its peak in terms of tertiary offerings. Nowadays my old alumnus doesn’t even offer a professional writing course. Instead, it’s “creative communication”. But what I studied was actually professional writing: it grounded me in every single genre of writing you can imagine, from creative non-fiction to scriptwriting; from reports to resumes.

I was also lucky enough to study criticism, under one of Australia’s very best theatre critics, Myk Mykyta. By “theatre”, I’m sure you understand me to mean “of the stage” as opposed to “of the screen”, although I did study film criticism with Myk as well.

I was one of those students who loved what I did so much that I paid very close attention to what I was learning. I also put it into practise by writing film and book critique for the university’s student paper, Entropy. During this time I was very prolific: I wrote fiction, essays, poetry, and criticism for Entropy. And in the last half of my uni time (I was at uni for a long time) I was a key music critic and writer as well.

This time spent putting my studies into personal practise taught me some very valuable things. One of the absolute key learnings I took from it is that critique is exactly the same across all art forms; all that differs is in the execution and in its finer points. My further reading – not of theory, but simply of master critics, in all fields – has reinforced this notion over and over again.

The defining elements of criticism, the theory, philosophy, and ideas behind it, are the same no matter what type of critique you’re writing.

This is why, when I had the absolute honor of sitting on a panel about critique at format festival a couple of years ago, next to my tutor and mentor Myk Mykyta, he agreed with every major point that I raised, and (much to my inner suck-up student) astounded me by reinforcing and talking back to them. He was the only theatre critic present, I was the only music critic present; all the rest were book critics. The output and the form studied might be different, but we were all speaking the same language. It was enormously good fun, and such good brain food.

But what you find is that most active critics now, especially online, are young and unschooled. I say this an awful lot, but it is true: the majority of those critiquing and curating our musical culture now are (largely) not critically trained. They’re often uni grads or students, which one hopes gives them some semblance of critical thinking ability, but they are not critics by learning. What they learn they pick up on the job.

Which is very interesting. When I studied editing, for example, it was a new thing for universities to offer; it had previously been a trade, something you learn on the job with someone else as your mentor. The old-school constantly moaned about the fact that it was no longer a trade.

To put this into context, back in the day, journalists tended to fall into criticism jobs, and they too learned on the job. My favourite critic, Clive James, started at uni, writing for Honi Soit, and his work gradually became noticed by greater and greater publications.

While there are more and more courses for “music” or “rock journalists”, and greater interest in music journalism as a whole (this year there was even a workshop in it at the Byron Bay Writers’ Festival for fuck’s sake), proffered studies in criticism have not increased. A quick search of university courses in Australia will tell you that there are very few that focus on criticism. The ones that do are primarily textual criticism courses; and as much as I love textual critique, many of these courses are simply providing groundings in literary theory. It’s vastly different ground. Interesting, but not the critique we’re talking about here.

Offering defined streams in music is stupid: it is irrelevant, and it makes kids think there are jobs in the field. There aren’t, unless you’re happy being paid in promotional MP3s. I get regular emails from kids at uni asking about job prospects. I need to turn around to them and say “there are none, sorry kid.” But I digress.

The point i was trying to make is that, to a large extent, the critics you have now, and will have in the future, are not trained by books. They learn by example, and, only if they’re lucky, learn via interaction with a good editor or mentor. Otherwise it’s much like I learned the niceties: trial and error. Most young’uns don’t have the benefit of what I did, which was a solid grounding in the required elements of criticism theory and philosophy.

But the real question, the million dollar money-shot question, is, do music critics need it? If I, as someone who learned through a combination of “books” and “trade” came out alright, and the critics of old learned via “trade” exclusively, what point do I have even comparing the two?

It’s a valid question. And I is, I think, a necessary one.

While I like to think that critics do well to learn the foundations of writing and editing, the greater part of me believes that the trade learning – for switched-on people – is more important. If one is unable to draw learnings from multiple places, and has no great desire for constant learning, one is better off learning to paint houses.

I don’t say this idly. Allow me to quote Clive James, who in turn quoted great Italian critic, Eugenio Montale:

Mastery is knowing how to limit yourself.

Furthermore, Clive James worked according to

… his belief that a cultural commentator could only benefit from being as involved as possible with his subject, and over as wide a range as opportunity allowed.

Which means that you can learn from books, but you absolutely must be making, and taking, the time to put what you are learning into practise. As much as possible. In every way possible.

If you’re a music critic, this means being involved in news writing and presentation, in interviews, in release reviews, in gig reviews, in thinking of articles to write that you may need to research yourself: outside of the standard ‘interview feature’ interface.

But you also need to know how to reign in your verbosity, and to find your niche. No amount of education will teach you how to limit yourself.

What one learns, if one has an undying interest in the field of criticism, is that the masters are masters for a reason. And you can only learn that by knowing who they are. This is where universities come in so handy: they give you lists of references, force you to read writers you would never have read before. And if you are working in the trade at the same time – as one would hope – their ways and wiles will cement themselves more closely in your brain. Most likely because you have greater opportunity for imitation.

Imitation, let’s never forget, is one of the best ways of learning a writing style.

In some study notes that I read about Eugenio Montale, it was pointed out in really rather bland terms about why Montale was such a great critic. Allow me to share:

…his overriding concern as a critic is with the essential qualities and effects of achieved art, and not with the problems – a stable occupation of a professional critic – relating to its genesis, source, and influence, or problems relating to its historical, philosophical, and philological aspects … With a sharp and unerring eye on what is significant and relevant in a work of art, Montale talks about it in a straightforward and unpretentious manner, without wasting his time or energy in composing elaborately rhetorical periods.

And in turn, Montale wrote about Matthew Arnold, that Arnold’s criticism

What you find, when you start reading through the works and lives of the great critics, is that each of them is defined by a ‘fine sensibility’. Moreso than through their training ‘to some kinds of rigour’.  I will talk more about this in another essay because Arnold needs to be brought to the fore.

I would argue that each of the critics mentioned here – which also includes the excellent Myk Mykyta – could have their work defined by that fine sensibility.

It is the works, the intelligence, the deployment of art that makes critics great, not necessarily the formal training that they undertake. It is the ways in which they limit their prose, do not overstate things, and only look at what is relevant to the work of art and to the artform, that makes them great. Excellent critics do not write for a consumer group, necessarily. The point of critique is not should I should I not buy X. The point is critique: an analysis and assessment of a work of art on its own merits.

So while I asked above what point do I have comparing “trade” and “books” – and while it hasn’t been a waste of time – perhaps a more appropriate question ought to have been does more education make a great critic?

Because the answer would be ‘no’. Practise, learning, personal values, and intelligence make great critics. Education assists, oh my word yes. But it is not the be-all and end-all. Even the most highly educated critics can miss the point through pomposity. But that, I fear, is for another essay down the track.

This post is an early draft essay in a series of critical examinations of music criticism, rock journalism, and the publishing of such. The project is being co-written by Tom Valcanis who was one of my best music journos, and is a blogger and writer/theorist of critical rock journalism.

5 thoughts on “Studies in Criticism… or books versus trade”