The effort behind the performances on Hope in Hell left me in total conflict about this album. Read why. 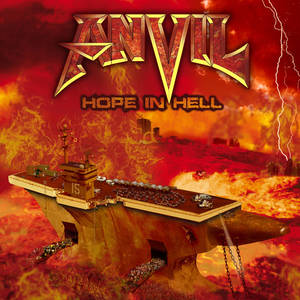 Anvil’s Hope in Hell is an album that I have been hotly anticipating. Let it be known far and wide that I am an Anvil fan, so the prospect of a new album filled me with excitement.

Despite being a fan, and really enjoying the band’s last two releases This Is Thirteen and Juggernaut of Justice, neither of their last two full-length albums have had the balls that Hope in Hell has. It feels like Anvil has thrown a line back into the grit, finally.

…. READ THE REST OF THIS REVIEW AT ABOUT.COM HEAVY METAL >>