One thing I learned from Mike Michalowicz

Recently Mike Michalowicz was in Australia, and we had dinner. Here’s just one thing I learned from him in one evening of conversation. 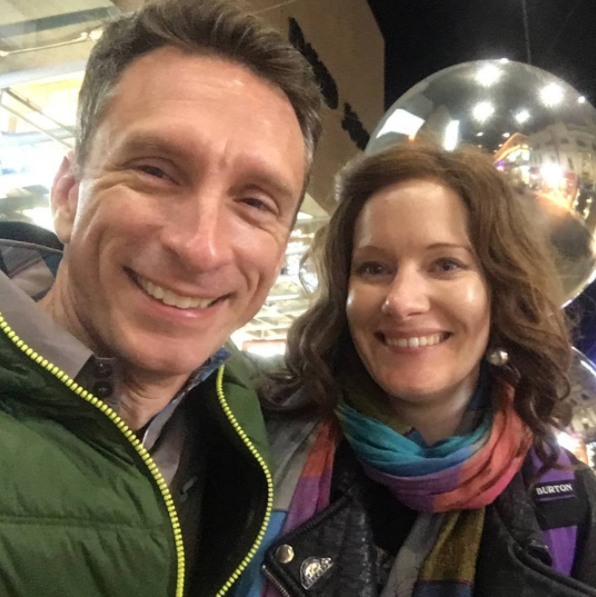 Recently Mike Michalowicz was in Australia, and amazingly he had time to catch up with me over dinner. The conversations I have with Mike always teach me something new, and this was no exception.

Like many of Mike’s readers, after I had seen some success with his frameworks I reached out to him by email to say hi, and thanks. He did the nice thing of replying (which I’ve since learned is part of his drive to become a fan of his readers), and asked me to keep him up to date with how things go. So I did. And as I did so, he gave me some further pro tips and ideas, and ways to leverage what I was doing.

You know how hard it is to stumble across people with similar types of experiences (even at a wildly different scale), willing to share their lessons? Super hard. They’re hard to find, harder to connect with. As the Pixie developed, I stayed in touch and our correspondence happened occasionally over maybe two years.

Then I guested on his podcast. And in return he was a guest on mine. These days, I’m honoured to count him as a friend.

Seriously, if you don’t make contact with the authors whose works you find valuable, why not?? As an author myself I know that there are few things that make you feel as good as when someone reaches out to tell you how you’ve made a positive impact on their life. It’s the best feeling ever.

To cut a long story short, it was super awesome that after all this time, we were able to finally meet in person, and spend a whole evening together solving the world’s problems. We did this while eating Australia’s coat of arms and native foods as we gazed out over the Torrens. (It was his first visit to Australia, I couldn’t let him leave without eating roo.)

What was the one thing I learned from him? Out of everything we talked about? I learned that my thinking about potential ventures is too grown-up. Or, in Mike’s words, “way too mature”.

The venture in question was an idea I’d been holding close to myself for probably more than a year. It’s an idea that I had imagined would take more resources than it actually requires. At least, in its smallest, launch-able form, anyway. Interesting, isn’t it, given this is what I bang on about to people a lot? Yes, it’s an idea that goes back to the music industry. Yes, it’s something that makes my gut squirm with excitement and pleasure. And it’s something that I’d given a narrative of time, effort, capital, and so on.

Throughout our conversation, Mike asked me some simple questions to get to the root of it. How much time, really? How much capital, really? How can I demonstrate consumer skin in the game, really?

The answers? Less than a weekend, nothing, Patreon (or some other subscriber/pledge kind of system).

Enter, Shoot. You can go to the Patreon page to read more about that over there (and maybe decide to commit during validation… the deadline for which is just over 11 weeks away). I could blame Mike for it, but really all he did was show me how much of my own thinking was bullshit. Thanks for the fresh air, Mike!

Sometimes it takes an interaction with someone you don’t often get to spend time with that can get you back into the right path, and out of the Daily Grind. Stay tuned for the results of the Shoot. experiment, and others that I’m in the process of planning.

And in the meantime, if you love the idea, become a patron. I’d love to see it fly.