Reflections on coaching: Is having a business coach beneficial?

I’m just 5 months into my first business coaching experience. So, what’s changed in that time? Where did I begin, and where am I now? Dive in – let’s find out. 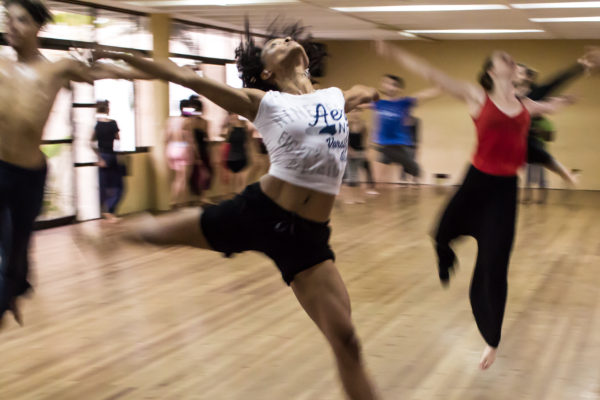 Back in August, I wrote a piece about leaning into the wind and creating change. That had come just two months into my first business coaching experience. Now, into my fifth month of coaching, I felt like it was time to share some thoughts about the process.

You can get this with two resources, but not the same resource. The strategic insight person is not your coach.

Your strategic insight person is someone who can help you shape your direction, but infrequently. He or she ought to be outside your business, not involved in or seeing your day-to-day work, but someone you drop in and see maybe once or twice a year, when you have challenges you don’t know how to surmount.

Your coach is the guy who’s up at 0430 with you, watching you run laps, keeping time, making you do more than you thought possible while you’re already sweating and feeling like there’s no way you can do one last sit-up, and making sure that you are still walking your talk.

Ok, so we’re straight on this? Let’s move on.

‘If your coach hasn’t built a huge business, don’t bother.’ Sorry, this is bullshit

There is a sector of the business community that believes that if your coach hasn’t built a fantastic business him- or herself, then they’re not going to be worth your money.

It’s true that it’s a very real risk to you that if you don’t do your due diligence you’ll end up with a bullshit coach who thinks that being a coach is great because it’s an easy way to make money. (I sat on a table at a networking event once, near a woman who proclaimed this very loudly, and I had a strong urge to slap her into the next dimension.)

At this distance of time, I would like to urge you, if you’re thinking about a coach, that you find a coach with the business knowledge required. Don’t find a business person who fell into coaching, because that’s what they did at a big corporate in their past life and are now kind of semi-retired and doing it on the side.

It’s a fine line, but a good coach will not only be encouraging, but will do the hard stuff, have tough conversations with you, push you when you feel like you can’t do things, and then celebrate with you when you do.

Like many entrepreneurs, I’d looked around at coaching for ages. It was one of those window-shopping indulgences. I’d look around, think about how that would be nice, gasp at the cost required, and move on. I signed up to mailing lists, scammed all the free coaching sessions that were available, never moved forward with a sale.

This is largely because the cost was huge. At the time, I didn’t have much cash in the bank, so spending $2k for three months of coaching seemed like splurging. I had done well over three years, why did I need one?

Well the truth was, I had spotted patterns in myself that I couldn’t break alone. I always had great goals, but rarely achieved them. I had struggled, largely alone, through the first existential years of the business. I did the thinking, the re-thinking, the pivoting. I worked and thought and worked.

Eventually I realised that I could do this forever. Until I had a way of breaking my own patterns, I probably would do this forever. If I was consistently not hitting my targets, I needed someone else who could help me find the path, and get the systems in place to make it work.

Then, one day, I’d had enough of my own bullshit and decided fuck it, this is enough. It helped that I had formed great rapport with my coach in the first call, and that he was willing to throw me an extra hour to unpack the first piece. By the end of that second call, I’d realised that I did need a coach, and that beyond this point it was a matter of negotiating on the fee so I didn’t break the bank and end up broke.

What sort of change in 5 months?

In one of the first conversations with my coach, I described to him how I felt like I am a doer, a person who gets shit done – and whom people often go to because I get shit done. But that I felt like I was disorganised and not achieving what I wanted to be – that I do enough to consider it done so that I can move on. And that I wanted to be the princess who is really organised, and calm, and amazing, and still gets shit done… but who gets it all done.

After that early call, it was shown to me about how my behaviours weren’t 100% behaviours. I was encouraged over the next week or so to write down everything in my life that was only 80% done.

It occurred to me while doing this that if I’m going to do this in my business, I need to do it in my life, too. This meant extending myself even further. I had to complete and put away the dishes. I had to make my damned bed every day. I had to pick up after myself. I had to not just do the washing, but fold it and put it away.

I did that for 30 days. If you’re a person who’s naturally tidy and clean, then right now you totally don’t understand how hard this was for me. I’m the kind of girl whose outer world, when her inner world is a whirl, is chaos. If I’m unsettled emotionally or mentally, I live in a shit-pile of stuff in every corner. Things aren’t cleaned. They’re not put away. Shit is a mess. Any organisation I have is learned, because I learned that taming the outer world makes my inner world calm the fuck down so I can concentrate.

From this point, I started completing things. And once that pain was out of the way, I have been challenged to do a lot of things. Including:

Back in May, Brutal Pixie was me + an occasional assistant and ad-hoc contractors, who did some of the administration heavy lifting for me. Now, it’s me + an EA on a retainer + a VA in the Philippines + a freelance writer in NZ.

Back in May, I had hopes and dreams. Now, I have goals, delegation plans, lifestyle structure, wellness structure, product components, real and significant project management.

Back in May, I felt overwhelmed by all the things. Now, I know I’m over capacity in my own hours and know how to find capacity by delegating what to whom.

Back in May, I had no idea about my cashflow. Now, I have visibility over my cashflow in three dimensions: Reflective, predictive, and real time.

Back in May, I knew what I wanted to deliver. Now, I know why I haven’t been delivering on it, and what I need to do next to put it in place so I can sell more of it (and upsell more of it).

Back in May, I wanted revenue. Now, I want profit.

Back in May, I was stabbing in the dark (truly) in relation to my bookkeeping. Now, I know what I wasn’t doing and what to do to fix it – and have a resource who is going to pick this up for me on a weekly basis.

Back in May, I had a bunch of to-do lists. Now, I have real project management that cascades down into weekly work and gives me visibility over the future of what is booked in where (and what that actually means).

Back in May, I had a bunch of services that I offered. Now, I have service and product components and know exactly what it takes to do it.

Back in May, I had no idea about structuring pricing effectively beyond “trying to get away from hours”, whatever the fuck that meant to me. Now, I have 80% margins, actual income, capacity for growth.

Back in May, I had dreams about a business that I wouldn’t have to work in as a technician until I’m 70. Now, I am about to go on 5 days of leave, have 4 x 1-week sabbaticals booked in for next year, plus have booked (and nearly all paid four) ballet, yoga, stretch, and beydance for the next eight weeks.

Back in May, I had a single point of contact and managed everything. Now, I have a separate work phone, an EA actioning 80% of my incoming email and nearly all of my appointments. Which means I can leave work at work when it comes time to switch off. I actually can!

Back in May, I worked at home almost exclusively. Now, I have coworking space 2 days each week, and most appointments come to me rather than me travelling all over the bloody place.

Back in May, I had arbitrary time blocking, driven by my moods (mostly). Now, I have specific time blocking, established to keep the strategic work moving, ensure client delivery, ensure business development, and allow my EA to “just know” how and where to book people in.

Back in May, I had a haphazard, very basic marketing output. Now, I have a defined integrated marketing plan (and measurement), which stretches from blogs and social media down into deep CLE programs, a book almost in the market, and it is built for the next 12 months. It’s almost right to go.

Back in May, I didn’t understand why sometimes I felt totally overwhelmed. Now, I understand that I was afraid of not performing, because I was scared of potential shame of falling over in public. I also understand that this is completely unfounded, and that there are some things I can do to prevent it.

I’m still trusting in the process. I’m still working on the basis that Today is Day 1. The only difference is that now I’m a benchmark.

It turns out that it’s unusual for someone to do so much, to create such a huge shift, in a short period of time. I don’t see it, because I work at a reasonably high level, and feel like I could probably do even more than this – that there is still room to be stretched. But the feedback I got today is that it is a remarkable change in such a short period of time.

It’s so remarkable that now I’m also a benchmark: “I have a client in Australia who has achieved X and X and X in this period of time, so you can do at least 10% of what she’s done. Don’t tell me you can’t”.

What’s your key takeaway from this?

In fact, he doesn’t know it, but in my (new-ish) accountability plan, the Queen Pixie is accountable to Coach Dan. So I think what that means is that we’re in this for the long-haul.

The one thing about having a coach that you need to know about is this: With a coach, the only way you can go is forwards. So if you want to go forwards, and don’t just want to be where you are, go and find one. It might be the best thing you ever do.