You are a phoenix

When significant relationships end, we deny that it’s like someone dying. But when it happens to you, someone did die. You did. 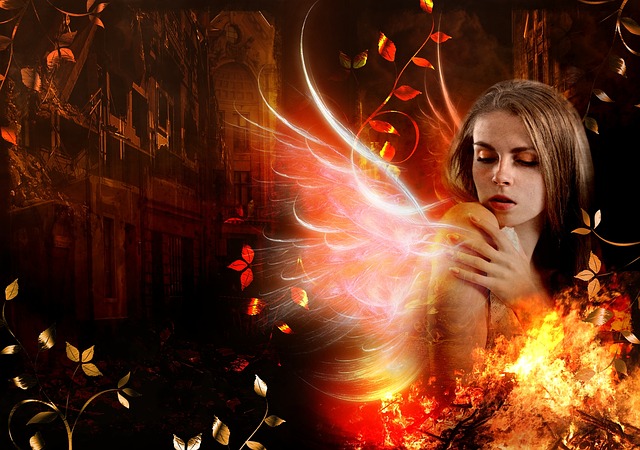 This year a friend of mine, Remco Marcelis, mentioned that he was reading Option B by Sheryl Sandberg and Adam Grant. He recommended it to me, and I filed it away in the back of my mind. Today, I’m halfway through this book and it caused me to reflect on something.

That something is that, during one of the most difficult periods of my life, I had only one person to whom I could talk about it frankly. That person had recently been grieving a similar event of his own. Even to this day, I marvelled, while reading Option B, there are probably three people in the whole world who really know what that period in my life was like. After I’d gotten back on my feet, I vowed that I would never again find myself in the position of having nobody to lean on. Now, many years later, I feel like I have a strong network of people, any of whom would support me if I ever needed it. I hope that they feel that way in return.

Yet in that event I learned to be compassionate to myself. And as Sandberg & Grant write, this is really where your own resilience begins. Since that life-shaping moment, I also find myself being more compassionate towards others. In them I recognise myself, and in being compassionate to them, I reinforce my self-compassion. It’s a cycle of strength, one that keeps giving.

Too often, I feel, we ignore real grief. Too often I see people end significant relationships, and just apparently move on, as though that grief isn’t “real grief”. It’s almost like, even for the person who was the end-er, we expect them to be happy and amazing now. Not grieving.

Most of the time, though, they are grieving. In that state I don’t doubt that they, as I did, repeat to themselves things like:

Still, we deny that it’s real grief. But it IS real grief. The difference is that someone else didn’t die.

Years later we realise that, like the phoenix of legend, we became even more splendid as a result.