This urban sketch was originally written when I was 27. I’ve dug it out of the archives and whipped it into shape. The feature image on this piece was a photograph that I took, which was the foundation on which this Urban Sketch 01 was written. 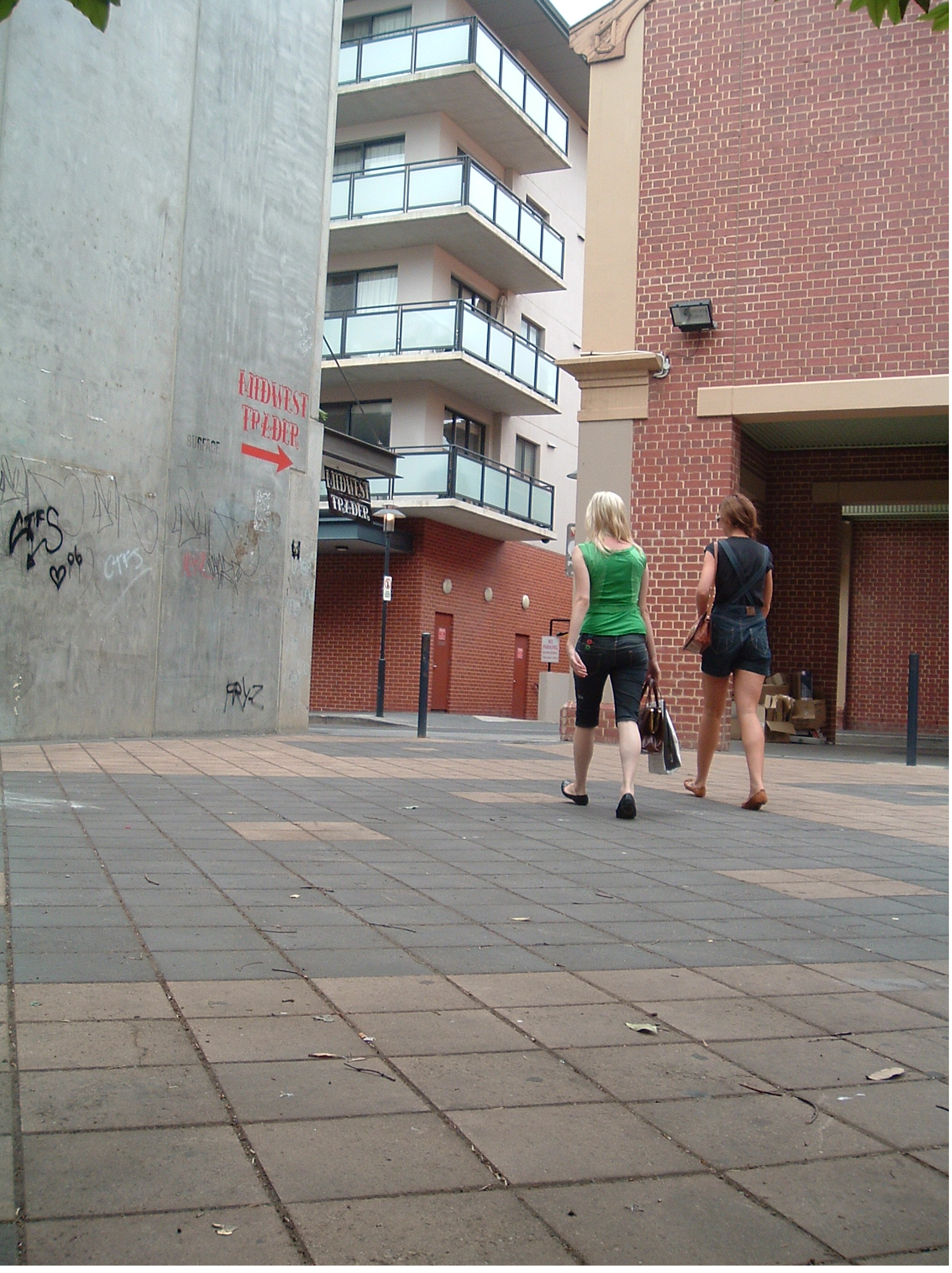 This urban sketch was originally written when I was 27. I’ve dug it out of the archives and whipped it into shape. The feature image on this piece was a photograph that I took, which was the foundation on which this Urban Sketch 01 was written.

Some of Adelaide’s corners are so bland that they could be anywhere.

They don’t contain anything.

The corners are so bland that you don’t see them when you’re a local. They’re simply places that you pass through on your way to somewhere else. The hard, unforgiving squares of boring urban development beg for a touch of art, of relief. Of humanity. Locals walk through them on their way to stores so fashionable that they’re nestled behind bars, the signs graffitied.

Even the leaves that scatter through corners like these are dried and dead, themselves on the way to somewhere else, lying as though the very surface sucked the life out of them.

Disenfranchised trees scatter their leaves disconsolately over the paving, hiding pieces of chewing gum, bits of plastic, and wrappers that have somehow found their way to this out-of-the-way corner of the world, instead of a drain.

The graffiti, something that could be used to incredible effect, is here a half-hearted attempt at splotching the grey walls. Walls that are vapid in colour. The graffiti tags are bland and unskilled in their execution.

Every person who walks through this corner does so as if it doesn’t exist.

Their eyes don’t see it.

Or, maybe, they prefer not to see it.

Perhaps the pedestrians simply can’t bear to alight their eyes upon this Nothing corner, lest the torpid falsity of it infect their souls. Goodness knows that the singular tree appears to have given up, the unremitting harshness of its environment contributing to its demise.

Perhaps it’s me at fault: Someone who prefers the vibrancy of life, when in fact it might simply be that the corner is untouchable, timeless.

It is not beautified.

It is not clean, or lovely, or pleasant.

But it is quiet and distant, hidden from the continuous assault of modern life, an artefact of a society that prefers to be of the world, not in it.