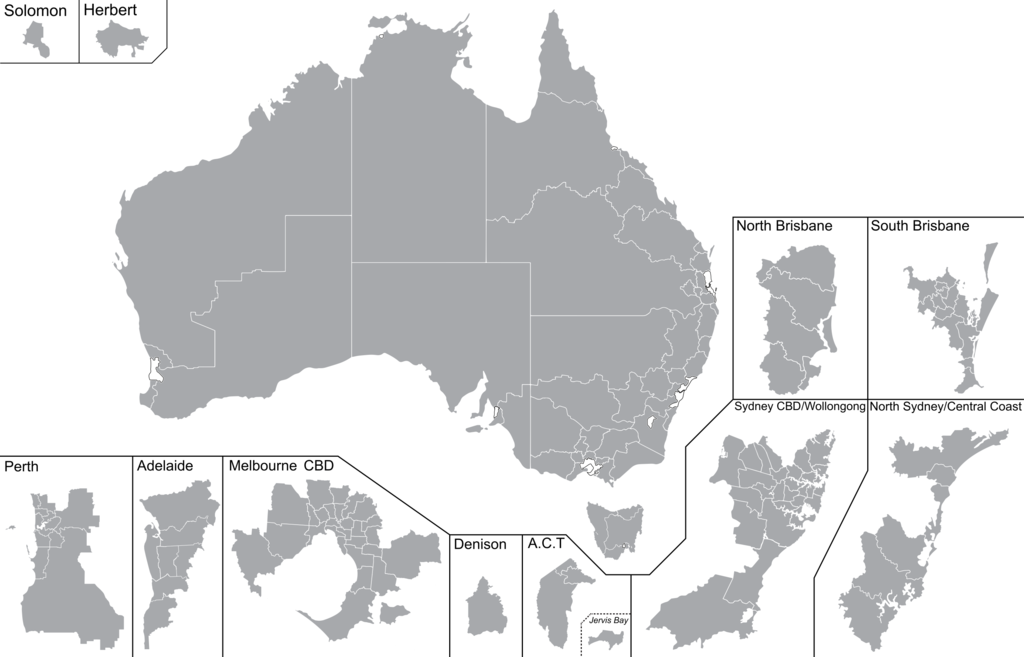 Odds were on for the Labor Party to pull the rug out from under the Liberal Party in Australia’s Federal Election this year. The Twitterverse exploded with indignation, wondering how on earth this could have been. Even Sportsbet paid out early on a Labor win, costing them $1.3 million dollars.

The question on everybody’s lips is: How did we get it so wrong?

Because you didn’t see what was right in front of you.

If you’re on Twitter, it’s sometimes hard to remember that most Australians are not on Twitter, and that Twitter is a self-reinforcing bubble of the intelligentsia:

… in public influence Twitter punches far above its weight. Why? Because it’s where cultural kingmakers congregate, and thus where conventional wisdom is formed and shaped — often instantly and thoughtlessly.

Source: ‘Twitter is a virus of the mind‘, by Glenn Reynolds, in Spectator US https://spectator.us/twitter-virus-mind/

The real world is out there, on the street, driving past political posters.

In my opinion, one of the most significant and contributing factors to Liberal success was this year’s on-the-streets campaign. Here’s why:

How the Liberals’ posters campaign was set up to win

Now, I’m aware that I’m writing this and don’t currently have photographs to illustrate what I mean. I plan to rectify that before the posters are taken down. But what I am going to do is give you an explanation, and hopefully you’ll see the same pattern as I do.

First, not all posters are the same. There are candidates, and there are slogans.

A great many political posters are simply names, colours, faces, and party names. Simply by their construction they can indicate a lot about whom it represents.

I’m not going to go into the psychology of colour, but a basic, very inexpert analysis tells you immediately that:

It’s been pretty clear that the Liberals’ campaign (at least here in Boothby, which, traditionally a safe Liberal seat, was apparently in danger of swinging to Labor) was all-guns-blazing: Well funded, well structured, and well deployed. Boothby is a key seat, which means that if the seat goes to Labor, the Liberals can’t form a majority government. Now, post-election, Boothby is still in doubt after a 2 per cent swing against the Liberal incumbent.

The Liberals’ posters campaign has been extremely smart, particularly in contrast to the poster campaigns by every other party.

The Liberals’ slogan-and/or-information posters directly addressed the Person On The Street:

In contrast, the other parties’ posters contained what I’m going to refer to as Conceptual Slogans: Things that you need to know about already if they are going to make sense.

The Greens’ Protect the Bight! Only makes sense to you if you already know that oil companies are battling to drill for oil in the Great Australian Bight. It’s been a focus particularly of coastal communities (such as in Goolwa, South Australia), and to social groups like surfies and fishermen; but if you’re in inland South Australia in a city, and only go to the beach when it’s 35+ degrees, will you care? Will you even know what it refers to?

Labor’s posters were almost exclusively about climate change. Sure, climate is something about which many people are concerned. But if you are a regular grown-up with a regular job and some regular kids and a regular load of debt, there’s a good chance that you see yourself towards the bottom of Maslow’s Hierarchy: Surviving. When you’re in Survival Mode, it’s impossible to think about anything else. Who gives a fuck about climate when you have to buy $120 shoes for your kid so he can play basketball, when you have so much else to pay for?

The Centre Alliance’s posters exclaimed things like Let’s Put SA First! Which is a lovely sentiment, but it’s unlikely that any person in this state actually believes that a government could put a state with just 7% of the nation’s population ahead of anybody else.

And the independents? Well, most of them didn’t say anything.

The Conceptual Slogan fails specifically because it attempts to be a catch-all.

Not only do the Conceptual Slogan posters give you only a vague party line, they also:

The posters by the Liberal Party, in contrast:

Of all of the parties’ posters, only the Liberal party seemed to take the time to consider audience, targeting, placement, and repetition.

If you can do it before the posters are removed, take a drive past Urrbrae High School, heading towards Belair. Along the side of the road to your left, you’ll see a poster for the Liberal candidate Nicole Flint with a claim about having increased funding per student by 60%.

But you won’t see it just once.

You’ll see it about four times, one after the other.

It’s a type of spaced repetition. Seeing it a number of times in a row, coupled with the experience of being physically alongside a school, gives the message a memorable impact. It’s so memorable that I can write about it late on a Sunday night, without a photograph, and know that I could probably draw it for you. It’s embedded in my memory after barely three trips down that road.

What, then, would it do for you if you drove past those posters every single day for 60 days? Right. It would become a symbol of Liberal success. You’d begin to accept it, even if you consciously wondered if it was right.

Similarly, some of the busiest, most congested intersections along Cross Road were peppered with posters at critical moments claiming that the Liberal Party would fix the intersection.

This is fascinating, for two reasons:

More generally, the Liberal Party’s posters seemed to be everywhere! You’d be hard-pressed to travel down any major thoroughfare and not see a Liberal Party poster. They have been absolutely dominant in the Boothby electorate.

In contrast, none of the other parties made any specific statements. There have been no promises, no claims, no data. They were not targeted to any specific community or population. They were haphazard, irregularly spaced, and not at all regularly repetitive.

The framework at work

The framework followed by the Liberal Party for this campaign isn’t new, and it isn’t rocket science. But it does take its smarts from all great campaigns; in fact, you can trace these methods back to the copywriting greats of the early 20th Century.

This is not to say that the posters by the other parties were not quality posters. Nor is it to say that if everybody had done this that the outcome would be different. It’s clearly only relevant in the electorate I’m in (for example) and might not apply at all outside of a metropolitan area.

However, the structure and care with which the Liberals’ posters were targeted, written, created, placed, and spaced, was leagues ahead of every other party.

I suggest, in fact, that anybody with half an interest in propaganda ought to make the Liberals’ campaign of 2019—with all of its components—a serious study.

Political campaign posters range in type from Smiling Posters to Conceptual Slogans to Real Promises. In the 2019 Australian Federal Election, in the Boothby electorate, the Liberal Party’s campaign has been proven to be not just well deployed, but smarter, clearer, and more highly targeted. The use of specific statements and data, context that goes right to the heart of their viewers, well-considered placement, and spaced repetition, put this campaign leagues ahead of its (vague, Concept Slogan) competitors.