This is the first time I’ve thrust my husband into the role of an alpha reader. And it’s been a fascinating exercise. 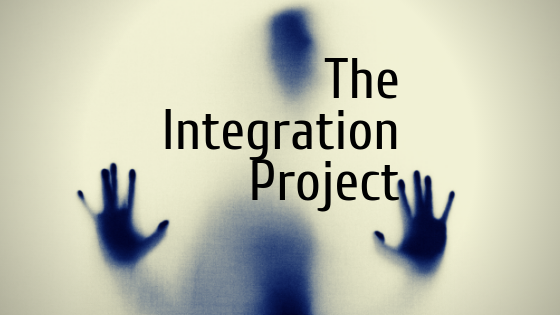 My husband is an avid reader. His chosen genres tend to be fantasy and adventure stories. Our house is filled with epic fantasy series, and 99% of them are not mine.

However, I do enjoy a good science fiction work, and gritty, dark fantasy, or urban fantasy, tend to ring my bell.

I tell you this because in the past couple of months I finished my first full-length fantasy novel, in a whirl of output over five days and then, at 9 pm, having not re-read a single word, nor even run a spell check over the thing, I flung it unceremoniously out into my little world of alpha readers.

The alpha readers were a real mish-mash of people. They were friends, dance friends, sponsors, patrons, and even clients. They are of varying genders, ages, and interests.

My husband was among them.

Initially, feedback was positive. I heard from at least three of the alphas that the story was compelling, well-paced, and that they were curious both about the characters and the story.

But of them all, my husband’s reactions have been the best.

He is a magnificent error-spotter… largely because it drives him insane. So, to read my raw, untempered, flailing narrative, a type of writing style in which my fingers move faster than my eyes and brain, has been a lovely test of his endurance for errors. Every time he comes across a particularly hilarious one, I hear an amused comment.

Like, ‘I didn’t know there were elfs! This is the first one I’ve seen!’

And on examination, the ‘elf’ was a typo that just happened to make the sentence more amusing.

But the serious commentary from my husband as alpha has been extraordinary. I won’t lie; he has fine taste in books, and I did dread him reading it. I worried about what he’d think of the characters, the placement, the pacing, the landscape. I was anxious about whether it moved too quickly, or was too descriptive.

And then one day he blurted out, ‘If John doesn’t fuck either Mandy or Ellaina sometime soon, there’s going to be trouble.’

I looked over in surprise, with a smile. ‘He gets one of them,’ I said.

‘Good,’ he replied. ‘Because it’ll be a total waste if he doesn’t.’

Throughout the next week or so, he’d make random comments about certain events in the book, as if he’d been ruminating on what was going on.

So much so, in fact, that I thought he’d nearly finished it. Not so! He was only early into the book. But the setup had apparently caused his mind to spin on the possibilities of the narrative.

And then he stayed up as late as he could trying to finish the book, but couldn’t keep his eyes open and had to put it down.

All of this has been immensely affirming for me as a creative writer.

It’s true that my husband is the kind of person to finish any book that he starts. But to have seen him embroiled in the story, try to quiz me about what’s going to happen next, try to guess about this or that twist in the story, has been beyond gratifying.

I’m a writer whose natural form is the short piece, the flash fiction, the snapshot-crafter. Writing a long-form book, with multiple storylines and perspectives, has been immensely difficult. It’s taken all of my gumption and courage just to get it done, let alone to persist after having read a first draft that was so bad I wanted to set fire to it. Now, first drafts are always shit. But the characters were awful, the pacing terrible, the action middling, the end positively deflating and whiny. Rewriting was a chance to set things to rights; and in the rewrite, some characters merged together, others disappeared, entirely new storylines emerged.

And the ending? Well, I felt that it was still flat. But that may also have been because I’d spent 40 hours in a week writing the damned thing, and was pretty well over it.

So what’s the outcome of the husband’s read?

Well, as I write this, he’s in another room reading the final two chapters. The climax and the denouement; the ending that I was so horrified about in its first iteration that I agonised over it twice or thrice, and still hated.

I figure that the ending will either make him want to keep reading, or will be a total and utter disappointment.

And thus, holding my breath, I wait.

A voice floats out from the bedroom.

‘Are you writing a sequel?’

‘Yes, definitely. Or more than one,’ he replies. ‘There’s so much you can do…’ and starts spooling ideas for an entire universe of works. Opening a word processor I typed hard to catch up with his ideas.

Well, there you go. I call that a raging success. The first one, and the most important one to me, anyway.

The Integration Project is still awaiting feedback from other alphas. But for the time being I’ve got enough to be excited again about this book, and filled with ideas for books two and three… and maybe more.