The “virus” may or may not be a hoax, but the reality is a fast slide into a depression. Are you ready for it? 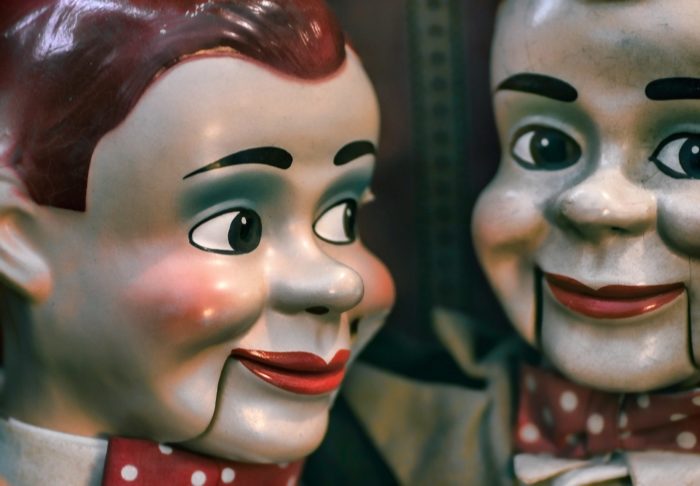 I’m going to do something I never do, and that is write a bit of a screed on the state of the country.

This is something I’ve been thinking about for a considerable period of time, thanks to loads of research, a lot of thinking, and a whole whack of opinion:

I’m firmly of the belief that the Scott Morrison government is aiding and abetting Australia’s slide into a depression.

To understand this, you need to some context and perspective.

If you have done any independent research at all, you understand as clearly as I do that the “virus” has been a cleverly crafted hoax designed to facilitate the technocratic control of populations, in line with a certain Nutjob agenda. That specific nutjob is Bill Gates, whose famous line in his TED Talk — about ‘improving vaccines and health care’ that will ‘reduce the population’ — has been ignored by even the smartest people I know.

Now, you might believe that the ‘hoax’ is a conspiracy. However, that is most likely because of one of the following reasons:

Side note: When did the 5G ban get rolled back? Maybe Scott Morrison has been sucking the dick of his Chinese Communist Party overlords? Because it certainly seems that way.

Especially when you factor in his gung-ho promotion of a fright of an application, which smacks of the type of technocratic control found in China. It is supposed to stop the spread of his “virus” (LOL), when in fact the “virus” has simply been a nice cover to expand the surveillance state — and install a police state in some regions.

It has stopped people from working (even though one person’s income is another person’s spending), which forced loads of people into a centralised welfare system. Now that the NRL is banning players from working unless they get a flu vaccine, it’s not much of a hop-step-and-jump to suggest that everyone on a central welfare dollar will be squeezed in the same way… or bye bye lovely taxpayer-funded cash cow.

Along the way, the prime minister (whom I disrespect so much that I loathe even giving him the title) has been meeting with Public Enemy Gates, and then subsequently pushing Gates’s line to other leaders. Even though that line (which was about the World Health Organisation’s powers) directly feeds into Gates’s own agenda. And Gates is funnelling money into Australia, also to fuel his own agenda.

If you believe in coincidences, then power to you.

One of the most striking things about this entire program (I really ought to call it a pogrom, except the “minority” is the cluster of 25 million people without money or power) is the effect on the economy.

I want to share some charts with you, which all come from https://tradingeconomics.com/australia. I encourage you to go do your own digging and make your own assessments. Especially because I am a long way away from being an economist, or even anyone you’d rely on for financial advice.

But if we were to take some highlights from Trading Economics, we would spot a number of downward trends.

Here are just a few.

Business confidence is trending down:

Consumer confidence is trending down:

GDP Growth is trending down:

Annual GDP Growth is trending down:

Inflation is trending up:

— the Reserve Bank is printing money like there’s no tomorrow:

All of these are good indications that the economy is in a significant amount of trouble.

One might expect that interest rates would drop in order to stimulate spending. But the trouble is, they’re pretty damned close to 0% already.

In this situation, there isn’t much more a nation can do besides print money. Which is fine, except that printing money forces inflation up, which increases debts, reduces the value of money (and therefore incomes), and leaves people in the poor-house.

Ray Dalio’s explanation of how the economy works explains it WAY better than me. So before you email me to tell me I’m wrong, go watch his explanation. That’s the location from which I obtained my (much-abbreviated) summary.

Now, after all of that, let’s learn something astonishing.

As of last Friday (8 May 2020), Australia had racked up approximately $617 billion of debt, thanks to rampant government spending.

The Scott Morrison government is now deciding to roll back its so-called Free Money (which one of my friends fondly calls CouchKeeper) because of the impact, as well as the JobSeeker programs.

He’s doing this instead of opening the economy back up.

The problem, of course, is that if one man’s income is another man’s spending, then pulling the payments without getting literally everyone back to work is going to do one thing:

Force large parts of the country into poverty and potential bankruptcy.

It will destroy businesses, which means increased job loss. Research has shown that the subsequent community degradation is significant.

But that’s not true.

Factor in the JobKeeper debacle and you have some seriously fudged unemployment figures. Currently, there are 5 million people on JobKeeper payments.

Let’s assume that JobKeeper is equivalent to unemployed for a moment, even though it’s strictly not true. It still impacts taxpayers the same way, right?

Adding unemployed and JobKeeper together, then we actually have something more in the order of 7 million unemployed.

That’s an unemployment rate of about 46%.

What would you do if you saw this on the news? Just go back to work? Of course you would. If you didn’t, you’d be a fucking idiot.

Which of course begs the question: Did anybody actually do the mathematics before the spending was approved? Assuming, as the optimists will, that ignorance falls before malice, Australia is being led by a bunch of fuckwits who don’t know economics, don’t understand mathematics, and are purely stupid idiots.

Any teenager can do the mathematics, learn a bit of economics, and see the impact.

It’s more likely that the downturn is being aided and abetted by those in the hot seat, by way of driving an agenda that is not their own. This is the only explanation for keeping an otherwise healthy country in a state of torture and isolation, for destroying families and wellbeing, and for hiding the sliding economic scale under cover of someone else’s “virus”.

I had originally titled this rambling muse ‘political incompetence’. But on reflection, it isn’t incompetence.

It’s the same puppetry that has seen our major infrastructure, water supplies and land handed to the Chinese Community Party on a platter. (Chinese companies are ultimately controlled by CCP.)

It’s the same puppetry that tells ScoMo to run a certain line on behalf of Bill Gates to other world leaders.

It’s the same puppetry that shuts down our beautiful country and keeps people unnecessarily terrified in order to be able to track and control them.

Meanwhile, the economy has been destroyed.

Recovery will take way longer than you think. Decades longer.

So, while I don’t have a real conclusion for you, what I’m going to do is ask you a question.

Given we are facing down a depression, are you ready for it, and what are you going to do about it in the long-term?