[ BOOK REVIEW ] Sharp: The women who made an art of having an opinion, by Michelle Dean (Fleet)

Michelle Dean’s work Sharp: The women who made an art of having an opinion presents a clique of female critics, each linked in some inextricable way. Its lens of feminism, unlike its author’s approach to the influential writers of the genre, feels unnecessary and contrived. 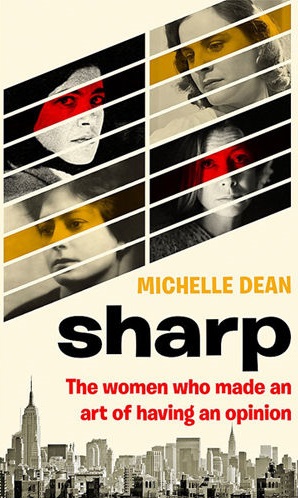 Michelle Dean’s work Sharp: The women who made an art of having an opinion presents a clique of female critics, each linked in some inextricable way. Its lens of feminism, unlike its author’s approach to the influential writers of the genre, feels unnecessary and contrived.

As the author herself wrote in the concluding notes of this book:

It’s not considered very sisterly to believe one stands out from the pack. I thought about that often over the course of researching this book. By necessity, I ran into quite a lot of people who wanted to cut these women out of history precisely because they took advantage of their talents, and did so without turning those talents to the explicit support of feminism. It is viewed as an unforgivable lapse.

Most of the women profiled in this book did not identify as feminists. Some were against feminism. Some wrote about the peculiarities of feminism. A cache of others ‘walked back’, as Dean put it, their original stances.

But the fact is that they were writers and critics. They were not feminists. They just happened to be women.

Michelle Dean’s work paints them into the arc of feminism’s story, almost as if it were a requirement of an exploration for a gender studies thesis. While in some cases, particularly in the days of the suffragettes and the 1970s feminist movements, the context is helpful, for the most part it’s uncomfortable. It pulls the narrative away from how these women shaped the field of criticism itself, and into a contrived exploration of their relationships with a particular political movement. And, from there, how that relationship affected other types of relationships, such as with media, with other critics, and with each other.

I am not one to read, much less comment on, any works of an overt female or feminist nature. In fact, I read myself in many of these critics: Writers and commentators who disavowed any notion of sex or gender in favour of the work itself. It’s a perspective that I’ve always had myself; funnily enough, I’ve never run into any of the barriers that other women (especially feminists) bitch about constantly.

Dean writes, ‘All through this book I have been trying to point out that there is room, in this deep ambivalence about and even hostility toward feminism, to take away a feminist message’.

Which is fine, except for the fact that the ambivalence and hostility existed then—still exists—for a reason. It would have been much better, and certainly more in keeping with the subjects being examined, if that ambivalence had been explored.

Instead, what we get is something more like an apology.

Feminism isn’t about women. It isn’t about equality. It is about dominance and has—has always had—an us versus them antagonism, rooted in socialism communism and violence. It is a form of politics. It is so pervasive in 2020 that some researchers, like Cory Clark and Bo Winegard, are finally interrogating questions of misogyny, and are discovering that not only is the idea of pervasive misogyny false, but that it unfairly biases many aspects of society, from science and research to employment.

This may be unfair to Dean, who has attempted to place these women in the context of their own voices, which are female. But from the perspective myself as a woman writer and critic, all I can see is a diversion from the actual point.

And that point is: These women were highly influential, each in her own way, in a particular field. What was it that caused them to be so influential? How came it to be that each one is genuinely linked to the other? How did it come about that this little community of powerhouses forced criticism as a whole to face up to its own greatnesses and failings? That is what this book could have been.

Nevertheless, having stopped off at Sharp along my tourist’s journey of missed literature, thanks to a train called Latest Readings, I can’t say that it was not worth my time.

The book is a dash of biography; a splash of curriculum vitae; a dollop of gossip; and an origami of paper chains—literally, if we take the paper to mean ‘printed essays’—from start to finish.

One of the most startling patterns in this tightly woven story seems to be one that was left entirely to the reader.

The pattern of critics building a reputation, a voice, a persona, and then taking a 90-degree turn sideways into fiction.

It seems that many of these writers became tired of writing criticism. That they always wished they were fiction writers. And yet in almost all cases, their fiction writing failed them.

Some, of course, became famous from a bestseller; or wrote that one screenplay that hit the big-time. But it’s not like these lucky strikes became a run of back-catalogue, thenceforce to support their futures. No, no. It was almost always a once-off. And these incredible writers almost always went back to where they began.

As a critic myself, who has gone sideways seeking greener pastures (particularly in fiction), and who is coming back to criticism, this feels like deeply familiar and disturbing territory. I found myself asking, ‘Why did I leave criticism behind for so many years? Where might I have been if I had simply carried on?’ Questions, I might add, that I have yet to answer.

While the theme emerges over and over again, Dean appears to place it gently on the table for the reader to find, and doesn’t ever really explore that, either.

For all of the missed opportunities, and the unnecessary feminist spin, Dean writes a tight volume. Her ability to bring so many stories together, to link them at the precisely perfect time, to retell just enough of each interaction to bring out the colours of each personality; this is not an idle skill. Her capacity for writing short, yes sharp, profiles of each writer, without losing the pace, balance, or emotion in the work is nothing short of immensely impressive.

Sharp: The women who made an art of having an opinion is a remarkable work for its simultaneous breadth and focus. It gives you real insight into the ways in which female critics have made their way in the world, and some indications about how and why they gained the profiles that they did. It is also, perhaps, one of the best attempts at a comprehensive view of essayists that I’ve seen.

Where to from here? Well, into biographies of the critics themselves, of course!

Sharp is a wonderful (if limited) entree, but it’s time for the main course. If you haven’t read much about the world’s leading female critics, it’s a great place to start.

Sharp: The women who made an art of having an opinion was released in 2018 and can be found in any good bookshop (or your local library).