Meaning is in your electromagnetic spark

Emotions are critical to the creation of meaning; but meaning is not encoded in a message, nor simply in your brain. In fact, it’s in your electricity. Read why this is so important in propaganda and programming. 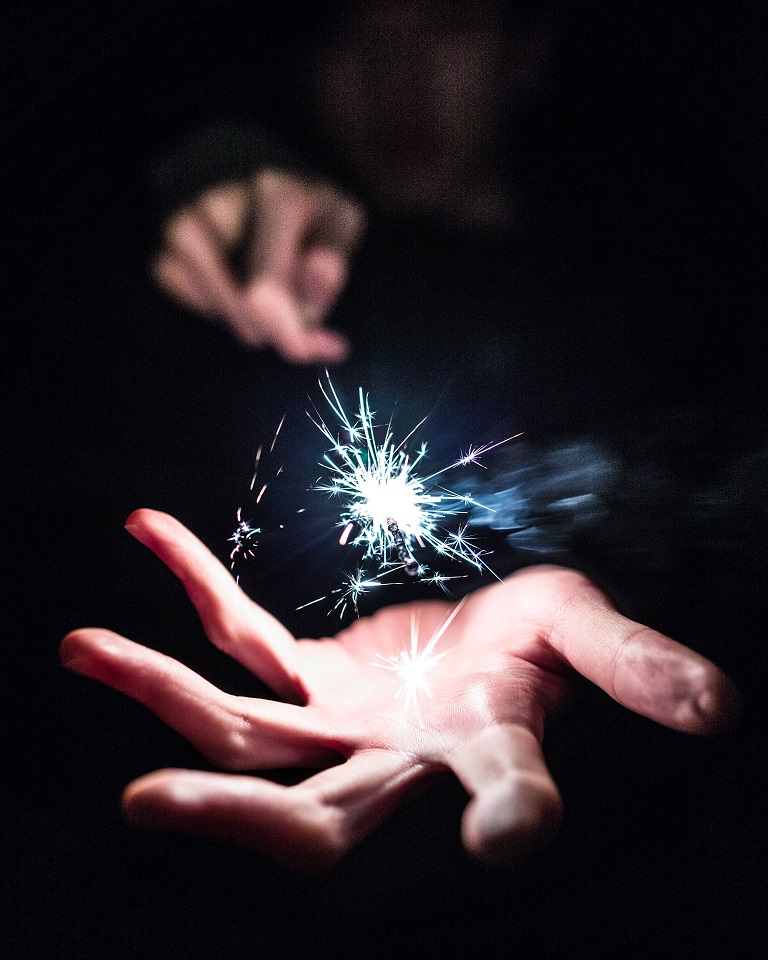 Douglas Hofstadter, in his book Godel, Escher, Bach approaches the issue of meaning from two directions, in his chaper ‘The Location of Meaning’, roughly pages 158-163. The first is framing – how do you recognise a message?: ‘how to identify a frame?’. The second is how meaning is created.

Hofstadter suggests that meaning is emotional, and also that it is encoded: That there is emotional meaning encoded into music like Bach, for example. I disagree with his assertion that one ‘codes’ meaning into music. Emotional triggers and the creation of meaning are two different things; the meaning one gains out of any work of art (music, books, film, visual art) varies from person to person, depending on what that person brings to the experience. However, there are potentially common triggers of emotional responses, if there has been a desired outcome designed by the message-creator. Those triggers can be deployed at will.

This is really the basis of any persuasive work: That you can create forms that trigger responses in other people. For example, in his book The Ultimate Marketing Plan (4th edition) Dan Kennedy identifies alarm as an example of a persuasive trigger (p.30). His point is that when you know the method for creating a need for someone to act, then they will act. It is in fact step one in any sales process: Making someone aware that there is something that has to be addressed. Alarm is a feeling that instantly grafts someone’s attention to your message, and it is an emotional trigger. Once someone feels a sense of alarm, then your message about getting rid of it becomes immediately more persuasive.

However, being able to trigger emotional responses in order to achieve an outcome is not the same thing as encoding an emotional meaning into a piece of music. If that were possible, then every single person who heard the music would respond to it in the same way; and that is simply not the case.

Hofstadter goes on, in discussing the idea of sending music-as-message to other realms, whether aliens have emotions; whether they ‘understand such amalgams as tragic beauty or courageous suffering’. He suggests that if cognitive structures are similar and if emotions overlap, then context is carried with a message: That the context is part of the scheme of things.

For my current exploration of programming, propaganda, and society, much of this is quite useful – even in how poorly conceived is his consideration of ’emotional meaning’ and transmission. There are many models of meaning transmission; the idea of ‘coding’ meaning into a message is (now) an old idea that has been superseded. There are denotative meanings in language (things that the words represent); and there are connotative meanings (that the receiver brings by virtue of his or her experience). Some models describe how the receiver changes a message before feedback goes back to the sender.

Meaning is layered, subjective, and emotional. But those emotions are not simply ‘handed over’.

Yet, this is where Hofstadter’s thinking becomes useful for my propaganda project. It is this root of the entire discussion about meaning and emotion. I can summarise the notion by a simple sentence: Emotion is required if meaning is to take place. If you are going to create any meaning, then you must have some kind of emotion created as part of that experience.

The concept is well-known in decision-making psychology. User experience designers discuss the role of positive emotions in forging bonds between consumers and brands. And in learning theory, researchers have been writing about the fact that emotions will either help or hinder learning, for about the past decade. The motivational speaker Tony Robbins has been educating people about the roles that emotions play in their lives for his entire career. And yet others write about how negative emotions form memories faster, and make them harder to dislodge.

Emotions are triggers because they come from the oldest part of your brain. In fact, some believe that the ‘mood’ aspects of your brain were among the first to develop.

All of the above may prove to how I develop the meta-social propaganda model. If it is going to function at all, then even at its most subtle level, it must inspire a feeling.

It won’t be encoded with a feeling, as Mr Hofstadter would prefer. But it must inspire a feeling, using triggers that commonly trip the desired audience.

Which brings me to another point: The right target is at least as important as the right trigger, you will note.

The fascinating thing about this – that emotions come before decisions – is that it’s the same model upon which almost all manifestation writers base their work. First, get the feeling; then the thing that creates the feeling will come.

Leaving aside the notion of whether or not manifestation is real, what you have is the same framework. The same model: The feeling first, then the exhibited outcome.

The model proposed in The Art of Memetics argues a very similar construction in terms of how perspectives and belief spread like viruses. In this model, you are exposed to a perspective or belief or attitude; over time (or perhaps in your changing circumstances) you become ‘infected’ with that meme; then you also end up exhibiting it, and by acting serve to expose others to the attitude, perspective or belief. This biocentric model is realistically about emotional impact. The exposure creates a feeling of some kind in you; and that feeling may precipitate a shift. If you are a perfect target for that exposure, then you will change as a result of the feeling that it creates in you, and as a result of the outcome of your interaction with the exhibitor and/or the feeling. Then, your behaviours or actions will change, and that, too, is a result of the feeling/emotion.

So are emotions even about your neurology, then?

Well, according to researcher Candace Pert, emotions are actually electromagnetic signals that affect every cell in your body. More importantly, she describes the energy in emotions as being the connector between people.

Your emotions affect others because they emit signals.

Here’s an excerpt from an interview of Pert with the Six Seconds EQ Network:

“You have receptors on every cell in your body. They actually are little mini electrical pumps.” When the receptor is activated by a matching “molecule of emotion” the receptor passes a charge into the cell changing the cell’s electrical frequency as well as its chemistry.

Pert says that just as our individual cells carry an electrical charge, so does the body as a whole. Like an electromagnet generating a field, Pert says that people have a positive charge above their heads and a negative charge below. “So we’re actually sending out various electrical signals – vibrations.” “We’re all familiar with one kind of vibration: When we talk, we send a vibration through the air that someone else perceives as sound. As I explain in the book, we’re also sending out other kinds of vibrations. It’s a basic law of physics that when you are close to an energy source it has a greater effect and that diminishes as you move further away. But when you are far away there is no effect.” “It’s not something you can say in 25 words or less. It is a whole new paradigm shift that basically leads you to realize you’re not alone. You are connected to everybody else. Your emotions are key. And you are leaving a wake, changing the world around you in a huge way.”

This is where the meta-social propaganda framework goes far beyond the tactical elements of ‘how to change hearts and minds’. I’ts not just that images are powerful; it’s not just that the language that you use can trigger someone’s emotional response. It’s also in the energetic entanglement of communities in embedding and spreading emotional impact, as a result of a particular trigger.

I realise that this may all sound particularly far-out, and even disjointed. At this stage I am in the reading and thinking stage of the research project. The project is about how to program entire collectives of humans and how they become programmed. The project must exist at an upper meta level, otherwise I risk creating yet another project that is about tactical output. It’s essential in an age in which entire aspects of society are changing at a rapid rate as a result of messages picked up and amplified by such channels as social media. The answer to it is not entirely inside how people choose a perspective, or decide on a belief; it’s in how people are manipulated emotionally, and become entangled on an energetic level, even before that amplification occurs.

This is perhaps one of the most significant projects I’ve ever worked on. You can contribute to the project by making a donation, of any value you wish, in any currency you like. That donation will not only help me to spend more time in research, but will eventually fund controlled experiments to test the framework: