I chanted Avalokiteshvara and cried like I’d lost my soul

For almost the first time this year, I played the Mantra of Avalokiteshvara, sang along, and wept like I’d lost my soul. 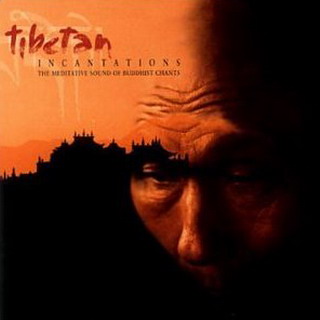 While I was crying about the fact that South Australia’s border restrictions mean that it’s really unlikely that I’ll be able to be with any of my family members before bubs is born, it felt like the emotion was coming out of my solar plexus. In other words, it was a sadness from somewhere else in my life that was spilling out and going away.

Here’s why this is interesting:

The Mantra of Avalokiteshvara is the chant of the compassionate Buddha:

According to Mahayana doctrine, Lokesvara is the Bodhisattva who has made a great vow to help sentient beings in times of difficulty and to postpone his own Buddhahood until he has assisted every sentient being in accomplishing nirvana.

Despite strenuous effort, Bodhisattva Avalokitesvara realizes that still, numerous unhappy beings were yet to be saved. After struggling to comprehend the needs of so many, his head splits into eleven different pieces.

Buddha Amitabha, seeing his plight, gives him 11 heads with which to hear the cries of the suffering.

Upon hearing these cries and comprehending them, Bodhisattva Avalokitesvara attempts to reach out to all those who needed aid but found that his 2 arms shattered into pieces.

Once more, Buddha Amitabha comes to his aid and invests him with 1000 arms with which to aid the suffering multitudes.

Some say that being overwhelmed with emotion while chanting is something to celebrate. That it somehow unlocks a sadness that you’ve had deep in your life somewhere. That the overflow of emotion is integral to your healing and, ultimately, to your happiness.

Thus, it’s likely that the border restrictions and my bun-in-the-oven state were simply catalysts to an emotion I had to deal with anyway.

Interestingly, the longer I listened, and chanted and sang—after the wailing, anyway—emotion stopped welling up until the very end of the chant.

Here’s to healing what ails us.

If you’ve never heard the Mantra of Avalokiteshvara, here’s the version I have been listening to and chanting:

And if you’re wondering whether I’m a Buddhist… Well, I’m not. But I do Buddhist things.

Here is the Mantra of Avalokiteshvara: