Personal Coherence: How I achieved it and why I’m excited

Coherence may finally be to hand for the lovely Leticia, after she realised that not only is she now a wayshower: She has always been one! Discover why >> 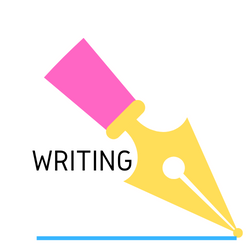 If there’s one thing that has plagued my life more than anything else, it’s an apparent inconsistency. An inability for others to see the connections in the interests, hobbies, and career choices I’ve made, and even service offerings in business(!) that to me are so obvious. In one sense this is why I’m an entrepreneur: There just aren’t the right (or enough) boxes in which to put me. It’s always caused me at least a little bit of consternation, not least because the site you’re reading right now is also a mishmash of personal stuff that often goes nowhere; music; writing; business. Like, where is the thing, Leticia, that ties it altogether.

Now, don’t get excited. Because I might be wrong.

I’m pretty sure of it.

I’m so sure of it that I redesigned this website in honour of it.

And I’ve put it on my LinkedIn profile. (That’s got to be official, right?)

It’s the idea of showing the way.

Coherence. /n/
1580s, “suitable connection or dependence, consistency” (in narrative or argument), also more literally “act or state of sticking or cleaving of one thing to another,” from French cohérence (16c.), from Latin cohaerentia, abstract noun from cohaerentem(nominative cohaerens), present participle of cohaerere “to stick together, be coherent,” from assimilated form of com “together” + haerere “to adhere, stick”.

This notion of showing the way, of being a wayshower, has excited me for a number of reasons.

The first is that it’s what I’ve always done, but never realised. I’ve done it at work, in consulting, in mentoring, in coaching. I’ve done it in writing (hello, all that bloody non-fiction talking around issues like the golden ratio in audience construction). It’s almost my default position in life, from how I introduce people to other people and nodes, to how I assist those who need help. And now I’m actually a wayshower in the sense that I’ve learned how to read numbers and cards to show people the maps and events in their lives… including those that haven’t yet occurred.

The second is that it unites all the loose threads of things that I’ve been interested in but couldn’t explain to others. Remember that thing I wrote seven years ago about ‘doing Buddhist things’ but not being a Buddhist? That was the closest I could come to explaining much of the inner side of life, in ways that others would understand. That mysticism goes deep. Way deep. Like far beyond your expectations of that rabbithole, probably.

Since seeing coherence, I realise that I don’t have to explain myself.

Now, I realise that this is who I am and that if you don’t like it then I don’t much care.

Now, I realise that this idea of showing the way is the ability to heal, to bring people into alignment with themselves and their lives, to enable each person to be a stronger, best version of itself. It doesn’t matter if this happens through consulting, by reading what I write, or by receiving a tarot reading.

The point is that it happens.

Other people have always hinted at it, but I didn’t understand the signs.

This isn’t a shift that you can train for, necessarily. It isn’t a tick-box recognised by any taxation authority. It’s not a career choice in any category whatsoever. It includes elements of a gypsy trade, yes, especially if you look exclusively at cards or numerology or other fine magicks. But that’s kind of the point, isn’t it: I’ve never been one to sit neatly inside a box defined by someone else. I’d rather define my own box.

The recent training I experienced has enabled me to discover a way of creating this box that isn’t someone else’s definition of a star-sign, written for the mindless masses. This is an important distinction because, until recently, that’s all I had.

It’s also a critical turning point because until recently all this ‘other side’: The mysticism, magick, meditation, esoteric study that I’ve done since I was very young comes together in recognition of a ness all in its own right. It’s not a dogmatic thing; it has no shape beyond my own interaction with chaos. And yet recognising these things is vital to how I understand myself in wholeness. This Leticianess is able to exist as a holistic entity for a change, rather than some of it being shoved into the background unacknowledged, undiscussed, almost shamed.

The ‘outing’ of this level of mysticism, however, caused me some consternation.

I began to worry what other people would think.

And then I realised that I was painting myself into a Victim corner, and that I didn’t like the colour of the paint.

Recognising the feelings that arose, and recognising too that perhaps those feelings were created by other people — in the sense that I’d learned them rather than that I’d created them — enabled me to spot that giant V, wash out my brushes, and walk away from it. It was a set of expectations that I’d put on myself, which were crafted from the threads and spools of other people’s lives.

Thus it is that I’m here today writing this; and you’re reading it.

It is completely meaningless to others, so the fact that you’re still here is some kind of honour for me.

It’s also probably the kind of thing that ought to be in a private journal somewhere instead.

Celebration of the small things is vital in life. If you don’t do it, nobody else will do it.

So I’m celebrating, and fuck your expectations.

This coherence that I’ve recently discovered is squarely outside of what is Normal, Usual, or Expected. But as someone who’s always been on the fringes, that doesn’t bother me. It describes my entire life.

Now, though, my life makes sense even to me.

And what an amazing feeling it is.